All About the Fixie 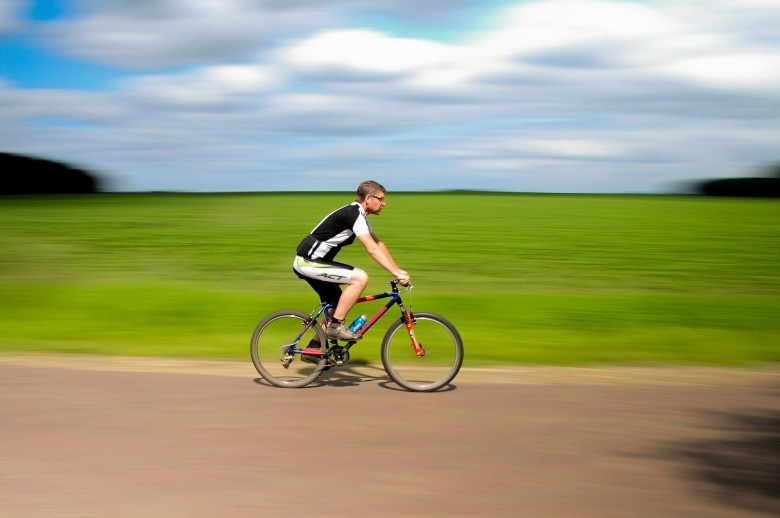 All About the Fixie

The fixie is the diminutive name given to a fixed-geared bicycle. The fixed-gears prevent the bike from coasting, meaning that the pedals are in constant motion rather than gears preventing pedal movement at any given time.

The Fixie allows the rider to stop without the use of brakes, and also allows for rear movement, through the simple motion of pedaling backward. Fixies have been in use for some time within the track cycling industry and velodromes. Many road racing cyclists have used fixies for their implied ability to aid in the development of a positive pedaling style while in training. In the past, when cyclists and racers had only one bike, that bike was often changed throughout the seasons, stripped down to allow for fixie-style training and riding during the autumn and winter months and then rebuilt to racing standards for the spring and summer competitions.

Fixies are commonly used by those involved in bike polo, artistic cycling and cycle ball competitions. They can be found in greater numbers in the urban settings in North America, where much of their popularity can be traced to their use by bicycle messengers. Other urban dwellers, hipsters in particular, after being exposed to the bike messenger fixies, have begun using them as well.Most, but not all, fixies are single-speed bicycles. There are some models on the market that offer the rider the ability to switch between two speeds. These models incorporate a "flip-flop" rear wheel hub; however, changing gears requires the removal and refitting of the rear wheel.

The fixie offers both advantages and disadvantages over the use of a standard cycle. Many fixie cyclists simply find them more enjoyable to ride than their heavier free-wheel counterparts. Others cite the improved performance the lighter weight fixies offer under certain weather conditions, such as when the fixie is used in slippery conditions and allows the rider greater control since the back tire can provide better traction. Fixies do offer a challenge when descending on hills or slopes, particularly for the inexperienced cyclist, but those with greater experience often find the fixie to be even better built for such conditions than the standard cycle.

As fixies require the rider to continuously pedal, descent at steep angles requires faster and faster pedaling from the rider which can be a difficult or negative aspect of fixie riding for the less accomplished cyclist. More experienced fixie cyclists claim the fixies use in such conditions actually encourages a better posture from the rider and greater cyclist/cycle engagement than is possible with a freewheel bike. Many cyclists appreciate the fixie for its ability to aid in the development of a stronger and healthier pedaling style. As the fixie requires the rider to continuously pedal, cyclists often learn to incorporate greater pedaling efficiency and cycling stamina into their cycling style.

Many riders, unaccustomed to the fixie ride, will attempt to coast while riding a fixie, usually when they encounter obstacles in their path; however, coasting is impossible on a fixie and attempting to coast can actually be dangerous. Failing to engage the pedaling motion of a fixie at all times can lead to accidents, up to and including full loss of control of the cycle. Fixies are available with and without brakes. Brakeless fixies are quite fashionable in some urban settings, with many riders believing the presence of brakes to be an unnecessary hindrance to their interaction with the cycle.

Other riders believe the brakeless fixie to be geared toward those more concerned with trendy appearances rather than practical use. As fixies require constant pedaling by the rider and failure to do so can put the rider and others around in harms way, it is advisable that those new to fixie cycling have brakes installed on their bikes. Some may chose to lose the brakes later on down the road. Regardless of the opinion on the matter of brakeless fixies, in many places throughout the United States, it is illegal to ride a brakeless bicycle on public roads and city streets.

According to U.S. law, it is essential to the safety of the rider and the safety of others for the cyclist to be capable of utilizing brakes when necessary. Fixie cyclists should keep this in mind when determining the structure of their bikes.Build Your Own Single Speed Bike. Big Shot bikes is your route to a great quality, unique fixie single speed bicycle at an incredibly affordable price. Heres how we do it: with Big Shot Bikes you can design and customize your own

bike just the way you want it! Choose from hundreds of

and endless color combinations to suite your style. Build your own Fixie with quality components and looks to boot. Just pick your bicycles components and colors and we will assemble it and ship it right to your door. Its that easy! Visit us online today.