Different Ways To Cook Your Cereal 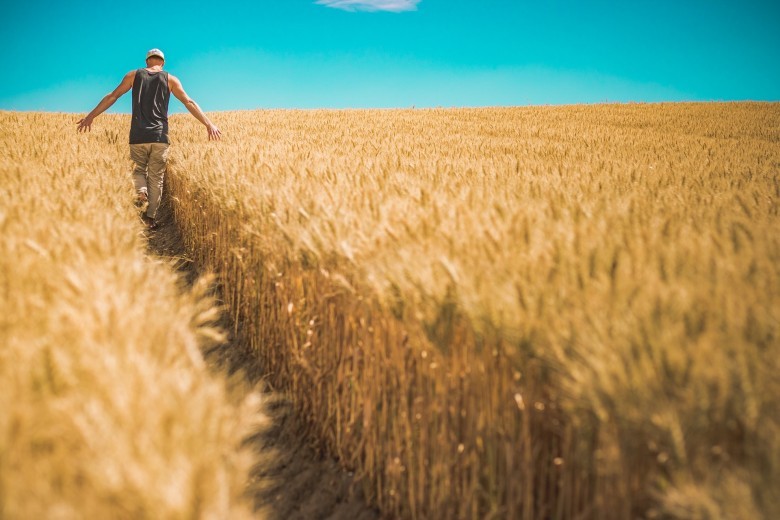 Different Ways To Cook Your Cereal

COOKING CEREALS BY BOILING.--Very often the cereal, after it is set, is allowed to cook slowly until it is ready to serve; that is, the method of boiling is practiced. This method, however, is not to be recommended, because it is not economical.

Cereals cooked in this way require constant watching and stirring, and even then it is difficult to keep them from sticking to the cooking utensil and scorching or becoming pasty on account of the constant motion. Sometimes, to overcome this condition, a large quantity of water is added, as in the boiling of rice; still, as some of this water must be poured off after the cooking is completed, a certain amount of starch and soluble material is lost. COOKING CEREALS IN THE DOUBLE BOILER.--Probably the most satisfactory way in which to cook cereals, so far as thoroughness is concerned, is in a double boiler, one style of which is shown at a, Fig. 1.

This method of COOKING is known as steaming, or dry steaming, and by it the food itself, after it is set, never comes within 6 or 8 degrees of the boiling point. In this method, the cereal is first set in the small, or upper, pan of the double boiler. This pan, which is covered, is placed into the large, or lower, pan, which should contain boiling water, and the cereal is allowed to cook until it is ready to serve.

The water in the large pan should be replenished from time to time, for if it is completely evaporated by boiling, the pan will be spoiled and the cereal in the upper pan will burn. This method of cooking has several advantages that should not be disregarded. Cereals to which it is applied may be partly cooked on one day and the cooking completed the next morning before breakfast, or they may be completely cooked on one day and merely heated before they are served. Then, when cooked at a temperature slightly below the boiling point, the grains remain whole, but become thoroughly softened, because they gradually absorb the water that surrounds them. In addition, the long cooking that is necessary to prepare them at a low temperature develops a delicious flavor, which cannot be obtained by rapid cooking at the boiling point.

COOKING CEREALS IN THE FIRELESS COOKER.--In a kitchen that is equipped with a fireless cooker, it is advisable to use this utensil for cereals, for cooking them by this method secures the greatest economy of fuel and effort. As in the preceding methods, the cereal is first set in the pan that fits into the cooker compartment. While the cereal is at the boiling point, this pan is covered tightly and placed in the fireless cooker, where it is allowed to remain until the cereal is ready to be served.

The heat that the cereal holds when it is placed in the cooker is retained, and this is what cooks it. Therefore, while this method of cooking requires considerable time, it needs neither additional heat nor labor after the cereal is placed in the cooker. In reality, it is an advantageous way in which to cook cereals, since, if they can be set and placed in the cooker in the evening, they will be ready to serve at breakfast time on the following day. COOKING CEREALS BY DRY HEAT.--An old method of cooking cereals or starchy foods is called browning, or toasting, and it involves cooking them by dry heat. A thin layer of grain is spread in a shallow pan and this is placed in a slow oven.

After the grains have browned slightly, they are stirred, and then they are permitted to brown until an even color is obtained. By this method the flavor of the cereals is developed and their digestibility increased. Since grains keep much better after they have been subjected to the process of toasting, this means is used extensively for preserving grains and cereal foods. POINTS TO OBSERVE IN COOKING CEREALS.--In cooking cereals by any method, except browning, or toasting, it is always necessary to use liquid of some kind. The quantity to use, however, varies with the kind of cereal that is to be cooked, whole cereals and those coarsely ground requiring more liquid than those which are crushed or finely ground. If the liquid is to be absorbed completely when the grain is cooked, it should be in the correct proportion to the grain. To be right, cooked cereals should be of the consistency of mush, but not thin enough to pour.

Much attention should be given to this matter, for mistakes are difficult to remedy. Cereals that are too thick after they are cooked cannot be readily thinned without becoming lumpy, and those which are too thin cannot be brought to the proper consistency unless the excess of liquid is evaporated by boiling. Gruels are, of course, much thinner than the usual form of cereal. They are made by cooking cereals rapidly in a large quantity of water, and this causes the starch grains to disintegrate, or break into pieces, and mix with the water. The whole mixture is then poured through a sieve, which removes the coarse particles and produces a smooth mass that is thin enough to pour.

The length of time to cook cereals also varies with their kind and form, the coarse ones requiring more time than the fine ones. Because of this fact, it is difficult to say just how much time is required to cook the numerous varieties thoroughly. However, little difficulty will be experienced if it is remembered that cereals should always be allowed to cook until they can be readily crushed between the fingers, but not until they are mushy in consistency.Read about