The Value of the Golden Orange-Yellow Topaz Gemstone: The "Imperial Topaz"

Robert Bell
posted on 2023 years ago
—
updated on 2 years ago
430
views
News
3 min read
The Value of the Golden Orange-Yellow Topaz Gemstone: The "Imperial Topaz" 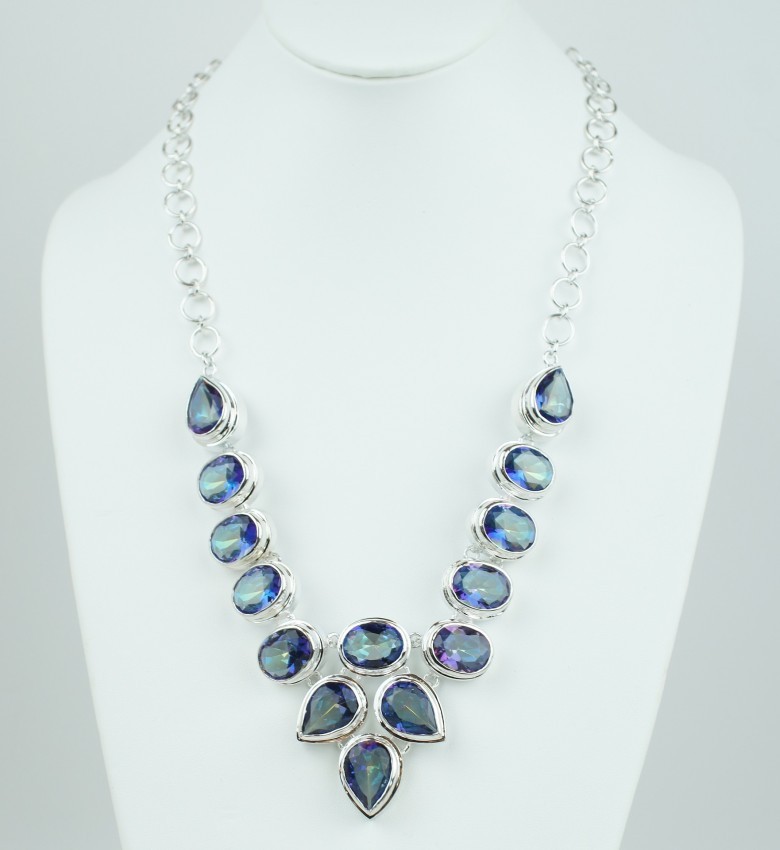 The Value of the Golden Orange-Yellow Topaz Gemstone: The "Imperial Topaz"

Topaz is such an amazing and diverse gemstone is actually occupies two spots on the birthstone chart, and several years of the anniversary chart. Yellow Topaz signifies a November birth and the astrological sign Sagittarius, and blue topaz vies with Turquoise for Decembers birthstone. The beautiful topaz whose name comes from the Sanskrit for fire comes in an amazing variety of colors to match any taste. It is the stone of choice for the 4th, 19th, and 23rd anniversary dates.

With all of its amazing diversity it is the "Imperial Topaz" that has the most romantic and mystical qualities thanks to the impact of its regal bearing and royal interests.The "Imperial Topaz" is always a rich, deep golden to reddish orange-yellow. While it is simply one of the many varieties of topaz "Imperial Topaz" is the stone of choice for investment seekers, and jewelry lovers alike and is the stone for the 23rd anniversary as well as the true topaz choice for Novembers birthstone. Its rick golden color has a luster unlike any other stone and its hardy nature makes it a natural for jewel settings.

Royal BloodThe variety of topaz that is often called "Imperial Topaz" is named that because pink and red varieties were often used in the crown jewels and other jewelry of the 18th and 19th century Czarinas of Russia. During that golden age of Russian monarchy topaz ruled supreme and was the sign of royalty that few if any people of lesser station could afford.DurabilityThe varieties of topaz have a hardness level of 8. Measured on a scale of 1 - 10 with diamonds being at the very top, the topaz is still considered a hardy and durable gemstone that is hard to damage in the course of normal wear and care.

VarietyVariety is the spice of life and topaz has a lot of it. It comes in colors including orange, yellow, brown, light to deep sky blue, pink, white, purple, green, and sparkling clear that is often cut in the "brilliant" diamond cut to resemble it.

Many of the colors of topaz occur naturally but some are created with a man-made heat process to enhance or change the color of the gem. Naturally deep blue topaz hardly ever occurs and is almost always a result of heat treating lighter stones. Pink also is a rare natural occurrence and is usually the heat treated version of yellow or brown topaz.Location, Location, LocationNot just a real estate saying in the world of topaz the location it comes from means a lot. Russian topaz has a habit of fading over time.

The most sought after topaz, and home of "Imperial Topaz" is Brazil. "Imperial Topaz" has the largest deposits in Ouro Preto, Brazil.Imperial Topaz in FolkloreThe mystique of topaz in general and "Imperial Topaz" in particular has captured the imagination of man for centuries. It was once thought to heal many physical and mental illnesses and ward off death. Roman soldiers often wore "Imperial Topaz" to war in the belief it would make them invisible to opponents.

Many Romans also believed Topaz could improve eyesight, and ancient Egyptians believed amulets of topaz worn about the neck would prevent injuries.Imperial ValueThe "Imperial Topaz" is one of the more valued stones and can be hard to find. All topaz is tricky to cut and develop because it is prone to cracking while cutting which is often reflected in its price. Topaz is judged by the three Cs: color, cut, and clarity just like a diamond.

The most important aspect when examining a topaz is the lack of impurities. A clear topaz is more valuable than an equal stone with marks, scratches, or cloudiness.Care of the "Imperial Topaz"While topaz is considered a hardy stone that is durable, it is still a fine gemstone that should be treated with reasonable care.

The best care for any gemstone is prevention. Dont wear precious gems like "Imperial Topaz" while doing heavy or dirty work. Avoid wearing your topaz jewelry when asleep or playing active sports.Cleaning topaz should be done with gentle cleaners, not harsh chemicals. While the Russian varieties are most prone to fading with exposure to light sources all topaz should be kept out of direct light and kept from exposure to heat as much as possible.With proper care your "Imperial Topaz" jewelry will last a lifetime.Vics Fine Jewelry is a leading provider of

online. Also available is a wide selection of Topaz gemstone earrings, pendants and much more. Were sure to have the perfect piece for you or a loved one.