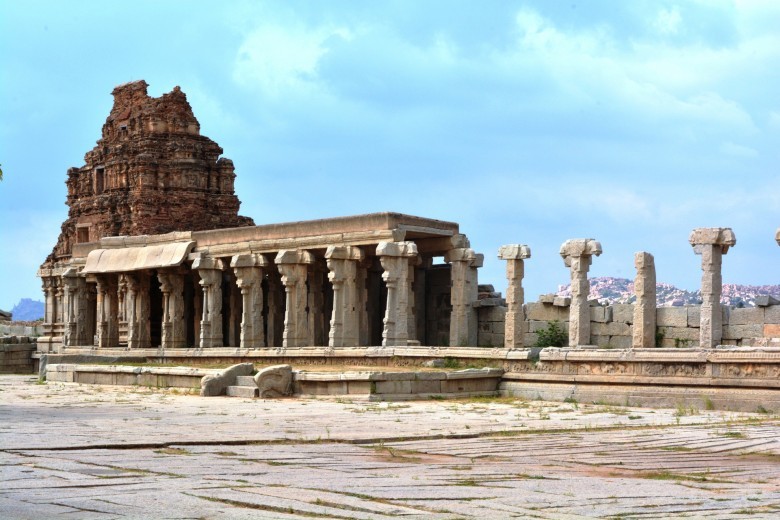 Sripadaraya Swami of Mulbagal laid the foundation of the Dasa Kuta system and popularized Kannada songs all over India. Renowned classical singers or present India like Gangubai Hangal, Bhimsenji Joshi, Basavaraj Rajaguru and Mallikarjuna Mansur are all Kannada musicians of exceptional talent.

Gnanaeswar is a said to have incorporated three songs of Kannada origin, a legacy which was continued by Sri Swamy Vyasaraya of Sodala. However, the pinnacle of this tradition was reached by Parandara Dasas. A stupendous creation of Four Lakh and twenty- five kirtanas, apart from numerous Kannada songs called Uga-bhoga and Suladi are attributed to him. His disciples are still keeping this inheritance alive with their efforts and dedication for this tradition.

The universal art of music has no boundaries. Karnataka has made its mark in the genre of Indian music, all over the world. The famous exponent of Karnataka music from south, Gopala Nayaka; came to teach music in the court of Allauaddin Khilji between 1295 and 1315. the renowned Persian musician Amir Khusrau became his best friend, and together they created many new ragas. These were later incorporated in the treatise of Pundarika Vittala in the 16th century. Vittala was an accomplished South Indian musical composer. This wonderful meeting of the two cultures gave birth to two singing modes namely Dakshinadi and Uttaradi or Karnataka and Hindustani.

Karnataka music is more complicated in terms of note values and their interactions. A taste for the same has to be cultivated over a period of time. Tyagaraja Gana, Agumbea Astamaya and Valmiki Kavana are some revered exponents of this genre. The state of Karnataka has a very rich tradition of folk music with varied themes, nuances of though reflections and human emotions. The musical quotient of Karnataka folk songs (yakshagana) is of sterling cultural value. Their open air plays are also unique in their own way.

Now you can listen to the latest

and find out more about various other songs on