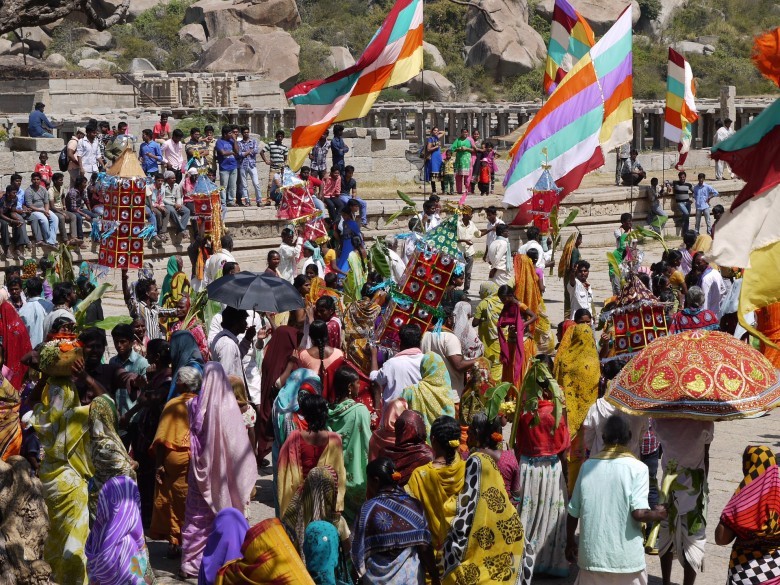 Here is the list of Bollywood movies releasing in 2009. Akshay Kumar has quite a good line up of films in 2009 while Shahrukh Khan, Aamir Khan and Hrithik Roshan have a film each, apart from their special appearances in three films.

Among the actresses, the three Ks-Kangana Ranaut, Kareena Kapoor and Katrina Kaif look set to have a good year.* Victory: Victory starring Harman Baweja, is one of the most expensive movies of 2009. The story is about a boy from a small time village in Rajasthan who fulfills his fathers long cherished dream of being an acclaimed cricketer at the national level. There are cameo appearances by many international cricketers as well.

Anupam Kher and Amrita Rao costar in Victory.* Acid Factory: Acid Factory, a Sanjay Gupta film has an elaborate start cast of Dia Mirza, Irrfan Khan, Fardeen Khan, Manoj Bajpai, Aftab Shivdasani and Danny Denzongpa. Acid Factory is about a group of people, whose sense of past has been erased from their memory. It is a high octane thriller, making the bad and evil relish-able. Dia Mirza plays a bad woman for the first time. The music of Acid Factory has been give by many music directors, including Sandeep Chowta, Anand Raj Anand, Mika Singh.

The director of Acid Factory is Suparn Verma.* Raaz-The Mystery Continues: Director Mohit Suri attempts to show in this sequel to Raaz, that no one is good or bad totally; every one has their own demons to fight. Raaz-The Mystery Continues is a story of three people. Emraan Hashmi an artist, visualizes and prophecies the brutal death of Kangana Ranaut. Kanganas beau (reel and real life) Adhyayan is determined to save her at any cost.

His redeeming moment comes when two strangers from China claim that he(Akshay) is a reincarnation of a war hero and takes him to China. Akshay moves along with Ranvir Shourey in a bid to realize his brave past. Along the way he meets Deepika Padukone and they set off in a series of adventures.* Billu Barber: If Aamir Khan adapted a movie Ghajini from the south last year, Shahrukh Khan does a similar thing this. Billu Barber produced by Shahrukh Khan is loosely based on the friendship between Kishen and Sudama and also borrows from the Malayalam superhit Kuselan. Shahrukh Khan plays himself in the movie(call it an extended special appearance) while Irrfan Khan, who is the protagonist plays a small town barber.

Whatever the fate of the film, one thing is for sure: you will blown away by the performances of two of the best actors of Bollywood.* Delhi 6: The best director of 2006 Rakesh Om Prakash Mehra produces and directs this film. It is an autobiographic take on his growing days in Delhi. The film should be the trump card for actress Sonam Kapoor. It also stars Abhishek Bachchan. There is a huge expectation from the director who started a revolution with Rang De Basanti.* Delhi Belly: Imran Khan who had played two distinct roles in hit Jaane Tu Ya Jaane Na and flop Kidnap, comes back in a frothy comedy, to be made by the best producer in Bollywood, yep you guessed it right, Aamir Khan.

There is buzz that Delhi Belly is an adult comedy with strong language and sexual innuendos. The movie Delhi Belly is being marketed as an adult copy, appealing to a niche audience and international market. The film is directed by Abhinav Deo.* New York: Kabir Khan who surprised us pleasantly with "Kabul Express" comes back in 2009 with a taut thriller called New York . New York stares Katrina Kaif, Neil Nitin Mukesh and John Abraham who has stripped himself to the buff(rejoice girls!) for a particular sequence of the film. New York is a contemporary story of three friends whose lives are scarred events beyond their control.* Luck by Chance: The man of multiple talents Farhan Akhtar stars in what could be one of the finest Bollywood movie release to 2009.

The star studded release include Hrithik Roshan, Rishi Kapoor, Konkona Sen Sharma, Dimple Kapadia, Isha Sherwani, Juhi Chawla and Sanjay Kapoor. Luck By Chance is a take on the aspiring actor with stars in his eyes, who wants to get a foothold in the Bollywood industry.

It is a movie about how much of an impact does luck play in Bollywood.* 8 x 10: This will be Akshay Kumars first non-filmi movie if one can use this term. In a relatively low budget film directed by the ever dependable Nagesh Kukoonoor and produced by Percept, it will portray Akshay Kumar as a man who can look into the past of dead people by touching objects that belonged to them. Inspired lightly by Sixth Sense, this film is a must watch.* Alibaug; Directed by Sanjay Gupta, it has a bevy of actors: Sunjay Dutt, Sanjay Suri, Diya Mirza, ROhit Roy and Maushmi Makhija.

The story deals with nine youths who have just graduated from college and are looking at the real world that awaits them.* Alladin : Alladin is an interpretation of Arabian Nights. It stars Riteish Deshmukh as Alladin and Amitabh Bachan as the genie. Expect a lot of special effects in this funny tale. Sanjay Dutt also stars in the film as a villain called Ringmaster, directed by Sujoy Ghosh.* Ajab Prem ki Ghajab Kahani: Raj Kumar Santoshi, one of the prolific directors of Bollywood, attempts to bring the magic of Andaaz Apna Apna once again with a comic caper cum love story, Ajab Prem Ki Ghazab Kahani.

The movie has a simple story of Ranbir Kapoor who moves around in his life, aimlessly. He keeps on fooling around till he meets Katrina Kaif and falls in love with her. After that the fun and madness begins.* * Aashayein: Aashayein directed by Nagesh Kukunoor stars Ayesha Takia and John Abraham. John Abraham plays a compulsive gambler suddenly discovers that he is a victim of terminal illness, and that he has only 90 days to live. He is admitted to a hospital where he discover love, companionship and the beautiful meaning of life.* Kambhakkt Ishq: One of the most talked about movies, Kambhaqt Ishq has beeen in news since 2008. Kambakth Ishq has cameo roles from major Hollywood stars including Sylvester Stallone and Denise Richards.

The film stars Akshay Kumar and Kareena Kapoor. Akshay Kumar who plays stuntman, will be back in his action avatar, doing dare devil stunts. The movie also stars Aftab Shivdasani, Amrita Arora and is directed by debutant Sabir Khan. Kambakth Ishq is produced by Sajid Nadiadwala.* London Dreams: London Dreams, one of the most expensive movies of 2009 stars Salman Khan, Ajay Devgan and Asin. London Dreams is a story about two pop stars Salman Khan and Ajay Devgan who fall in love with a South Indian girl, Asin.* Rensil D Silvas next: Rensil DSilva who was Rang De Basantis screenplay writer become director with this film. It is a thriller with global terrorism in the background. The movie stars Saif Ali Khan, Vivek Oberoi and Kareena Kapoor. Karan Johar is the producer.* Hissss: Hissss is synoymous with Mallika Sherwat. Hollywood collaborates with Bollywood to produce Hissss. Mallika plays a snake who is on the way to seek vengeance. An American visitor steps into the jungles of India and kills the female snakes mate which makes her seek revenge. Expect a lot of special effects in this flick.

Apparently Mallika Sherwat who is dressed in a painfully heavy snake costume(she couldnt even go to the loo for 10 hours flat while shooting for this film) has no dialogue to mouth in the film.* De Dhana Dhan: Priyadarshan is back with his style of comedy with De Dana Dhan. The movie stars the current hot onscreen pair-Katrina Kaif and Akshay Kumar. Suniel Shetty and Paresh Rawal also star in the film, hopefully to recreate the Hera-Pheri magic, 9 years ago. De Dana Dhan is a story of two broke guys who are in search of big money, to prove a point to their girlfriends.

The movie also stars Sameera Reddy and Neha Dhupia.* Whats Your Rashee: Director Ashutosh Gowariker tries a love story with Whats Your Rashee? starring lovers Priyanka Chopra and Harman Baweja. The movie is an adaptation of a Gujarati novel by Shri Madhu called Kimbali Ravenswood. The romantic movie is a story about how Harman Baweja has just ten days to win over the love of his life, Priyanka Chopra.* Kaminay: One of the most prolific directors, Vishal Bharadwaj comes back with a bang in Kaminay, starring Shahid Kapur, Priyanka Chopra and Amol Gupte(the creative director of Taare Zameen Par). Easily one of the awaited films of 2009, you will see Shahid Kapur in a double role here. The look of Shahid is going to be totally different for Kaminay and it is reportedly kept under the wraps.

The movie is supposed to be a comedy with a difference.* Imtiaz Alis next film: Imtiaz Ali, who had given the saccharine sweet Jab We Met, two years ago, comes up with a romantic intense tale, which stars Deepika Padukone and Saif Ali Khan. Though the story is kept under wraps, it will be a true-blue love story of 2009.* Wake Up Sid: Call it unconventional romantic pairing, but we have Konkona Sen Sharma and Ranbir Kapoor starring in Wake Up Sid, directed by debutant Ayaan Mukherjee.

It is a Karan Johar production. Will be interesting to see how people from two different genres, Konkona and Ranbir do with this one.* Its My Life: The sweetheart of Jaane Tu Ya Jaane Na(2008) pairs up with Harman Baweja in the movie Its My Life. The movie is directed by the director with the superhit track record, Anees Bazmee.* Wanted-Dead or Alive: Starring the muscular Salman Khan and the voluptuous Ayesha Takia, Wanted-Dead or Alive should be the first big hit of the most under rated performer of Bollywood, Ms. Takia. Prabhudevas first Bollywood directorial venture is a remake of his Tamil-Telugu blockbuster Pokiri.

The pairing of the two beautiful actors is wonderful and the chemistry is going to sizzle the screen.* Blue: Blue, one of the most expensive film of Bollywood ever(budget more than Rs.100 crores), has Sanjay Dutt, Akshay Kumar, Suniel Shetty, Lara Dutta and Zayed Khan in lead roles. The action film is shot in Bahamas and is written by American writers Joshua Lurie and Bryan M. Sullivan.

The movie has a lot of underwater scenes and dare devil stunts by Akshay Kumar. A.R.Rahman has given music for the film. Australian singer Kylie Minogue has been reportedly paid 1.5 million dollars to sing for Rahman, Antony DSouza is to direct the film.For more exciting Bollywood movie releases of 2009, please refer to my blog.V.S.ARUNRAJ, in his entertaining blog

gives a low-down on the news, views, reviews, masala and trends of the biggest and the busiest film industry in the world-Bollywood