Top 10 Rollercoaster Rides in the World

admin
Admin
posted on 3 years ago
—
updated on 4 days ago
7,323
views
Lists
3 min read
Top 10 Rollercoaster Rides in the World 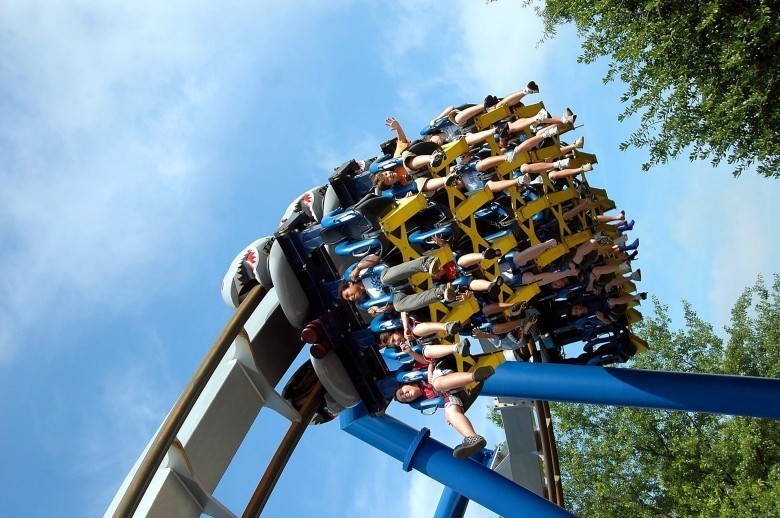 Rollercoaster Rides Around The World

For those of us that are fans of rollercoasters, we don't just want an average run of the mill coaster, because to be honest we are not just fans of rollercoasters, we are coaster fanatics. We want to ride the biggest, tallest and the ones which give you the most fun. Therefore, we hunted the globe for the best there is to offer. With that being said, in this article today we will be looking at the ten best rollercoasters out there to visit, and we're talking really bare knuckle riding here, so read on to learn more.

Kingda Ka is by far the biggest rollercoaster we can mention with a top speed of 128mph, and is located in Jackson, USA. This ride is the highest in the world at an astonishing 458ft with a great view, trouble is you won't get time to enjoy it, because as soon as you get to the top it's straight down. Even though this ride only lasts 28 seconds it is worth every penny, that one plunge at 128mph will stay with you for the rest of your life, until you do it again.

Second is the Top Thrill Dragster, which was the first roller coaster to top 400ft at 420ft high and can be found in the American park, Cedar Point. Acceleration is a mind blowing 120mph in just 3.8 seconds, another quick one that only lasts 30 seconds, but it's 30 seconds you won't forget.

Third on our list is Superman: Escape From Krypton found in six flags, California, and at a height of 415 feet, 100mph speed and 28 seconds long, it's just as good as Top Thrill Dragster, definitely worth the trip.

Fourth on our list is the Tower Of Terror, which is the fastest and highest coaster in Australia, and although it's only 28 seconds long it has a height of 390ft and 100mph speed. Tower Of Terror is located in Queensland and when it made its debut in 1998 it was the tallest freefall in the world with a drop of 119 metres or 390ft.

Fifth on the list is Red Fury in Spain in park Ferrari Land in Salou, and has a max speed of 112mph with a duration of only 24 seconds and 367 feet at its highest point.

Number six on the list is Fury 325 in Carrowinds Park, USA and is named due to its height of 325 feet, and maybe also because the duration of the ride happens to be 3 minutes and 25 seconds. Max speed is a racing 95mph, and there are plenty of bends to shake you up for the duration of the ride, with over 6600 feet of track you'll definitely have time to talk about this one afterwards.

Number seven on our list is Steel Dragon 2000 located in a theme park in Nagashima Spa, Japan, but it's worth the trip for a coaster that has a top speed of 153mph, height of 318ft and a duration of 4:00 minutes, now you just want to visit Japan right?

These giga coasters are just our opinion, because there are many, many others out there that deserve a mention, but thought we would list our top ten in case you missed one. These rides are not for the faint of heart, definite white knuckle rides, which all deserve a re-visit at some point in your life, or first time if you've never been.

Finally, Most of these rides are in parks where there are more than one, so it wouldn't be a one ride trip, you could actually spend a couple of weeks at some of these places, if you're like us, coaster fanatics.