The Culture And History Of Peru - The Moche Civilization 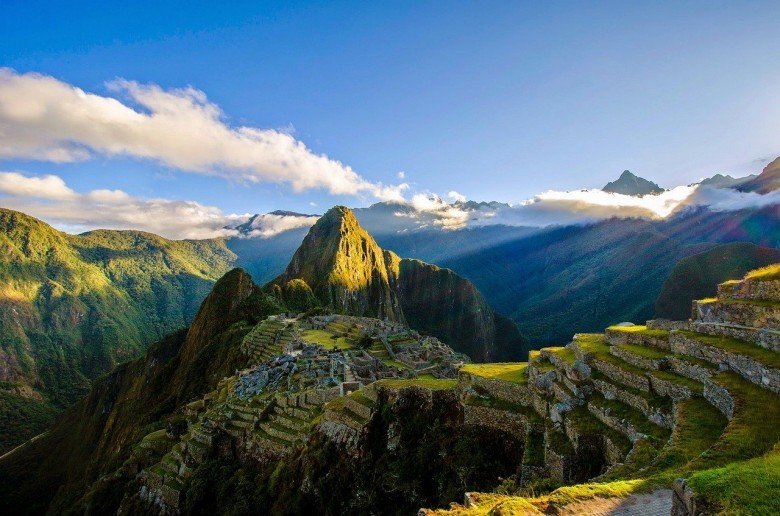 The Culture And History Of Peru - The Moche Civilization

Around the time of Christ, the northern Peruvian Cupisnique culture was in decline as the Moche civilization began to gather pace. These civilizations merged together over this time period and retained the name of the Moche, after the river of the same name in Northern Peru which flows down into the Pacific Ocean.The Structure of Moche SocietyThe important nucleus of the population consisted of the members of the upper classes which included priests, warriors and other influential people who lived near the main temples and ceremonial pyramids. Bordering these central areas were the middle classes who were mostly artisans and around these were the lower classes of the Moche civilization.

The working class people were anyone from fishermen and farmers to servants, slaves and beggars. The warriors, priests and other important people belonging to the upper classes were highly respected by the rest of the population and were the decision makers in this society.Handicrafts of the MocheCeramics left over from the Moche civilization provide most of the information that is known about them today. Common subjects painted onto their ceramics included clothing, musical instruments, tools and jewelry.

Ceramics also depict some of the complicated weaving techniques that were well developed by the Moche but natural decay and environmental conditions have destroyed most of the textiles that the Moche created. The Moche were also skilled in metalwork and often used gold, silver and copper to make ornaments and jewelry.The Cradle of Moche CivilizationThe northern coast of Peru was chosen as the homeland of the Moche, an area which is a harsh, very dry desert. They settled primarily in the lower valleys of the nearby Andes near to the Moche and Chicama rivers, both of which are dry for much of the year.

Eventually the Moche civilization would extend from the Piura River in northern Peru to the Huarmey River much further south with their capital Chan Chan founded in the Moche valley itself. Their livelihood was based around fishing in the Pacific Ocean and farming in the irrigated desert fields, which when flooded in the rainy season would benefit from a deposit of rich silt that yielded tremendous crops.Moche Religion and CultureBecause the Moche had plenty of free time in their lives they developed an extremely organized religion. This is now known by examining their pottery which shows complicated religious practices, ceremonial sacrifices and also many scenes of warfare.

The Moche civilization revered, honored and obeyed their priests and warriors. These people were often very rich as we can see from images on the ceramics, having very fine jewelry and clothing. Located near to the Moche capital, Chan Chan, are two mud brick pyramids with flat tops, the Huaca del Sol or Pyramid of the Sun and the Huaca de la Luna or Pyramid of the Moon which were used for many of their religious rites and ceremonies deemed important to these people.

Decoding the Evolution of Moche CivilizationExamination of pottery design is the principle means by which Moche history has been decoded and historians have be able to divide the development into five phases. The first phase of pottery art is seen as peaceful and simple with some painting of clay mixed with water which is known as slip painting. In the second and third phases the pottery are more complex and detailed with fine-line drawing evolving from the slip painting style. Pottery from the fourth stage shows motifs that are more definite and complicated as the art becomes more sophisticated.

The fifth and final stage shows increasingly complex designs with intricate patterns as well as being more ritualistic and war-like, indicating advances and changes in the culture.We are still uncertain as to the fate of the Moche and do not know what happened to put an end to them, other than the civilization seemed to have collapsed and was succeeded by the very aggressive and dominant Huari culture.

Visitors to northern Peru on a vacation package or tour will be able to witness some of the treasures left by the Moche, leaving with an understanding of an ancient an complex culture that is still, in many ways, shrouded in mystery.------Gary Sargent is the Managing Director of the tour company Escaped to Peru and has lived in Peru since 1998. Gary is passionate about latino life, people, customs and places. Visit Garys website for more

or to book your next