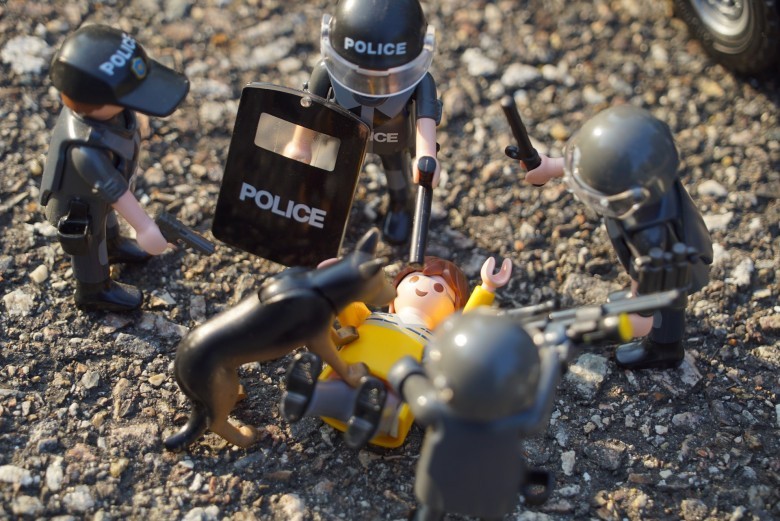 Minnesota law distinguishes between assault and battery in civil lawsuits. However, under its criminal code, battery is included under the heading of assault. An assault is an act done with intent to cause another injury or imminent fear of injury. The act may be direct (hitting someone with a fist) or indirect (putting something in their drink).

Minnesota criminal assault comes in various degrees depending on whether injury was inflicted and the severity of the injury.

A fifth degree assault can be very serious. It requires that you acted with an intent to harm someone or that the other person was in reasonable apprehension of physical harm from an act.

The criminal penalties are severe. However, the collateral consequences of a conviction are, perhaps, even more significant. As a result, it is extemely important to protect your public and criminal record.

First, if convicted of an assault, employers who require a background check will not hire you. That is particularly true if you work closely with customers or in some other service oriented profession.

Second, many landlords now perform background checks for applicants and, if you decide to rent, you may be denied an apartment with a crime of violence such as an assault on your record.

Third, a conviction for assault may result in licensing problems for certain occupations or interfere with acceptance into some schools of higher learning.

Finally, it is also compelling that a non-citizen may suffer deportation and, even a citizen would lose their right to possess a weapon ,even for hunting purposes, after a conviction.

Often, the best defense is a good offense. In most instances, an argument for self defense may be made and Motions should be served to acquire all statements and medical records from the prosecution. Often, with skilled legal representation jail time and convictions can be avoided.

First degree criminal assault is charged when great bodily harm is inflicted or if the assault with deadly force is committed against a peace officer.

The sentence for a first degree offense is imprisonment for not more than 20 years and payment of a fine of not more than $30,000.

If a persons uses a dangerous weapon AND inflicts substantial bodily harm the potential penalties are increased to not more than ten years and to payment of a fine of not more than $20,000.

Third degree assault is charged when a person assaults another and inflicts substantial bodily harm or assaults a minor. This offense carries with it a penalty of imprisonment for not more than five years and payment of a fine of not more than $10,000.

Moreover, it is also a felony for anyone to assault a child under the age of four years old. The sentence for such an offense is imprisonment for not more than five years and payment of a fine of not more than $10,000.

Assaulting a police officer may also result in an assault charge if that officer is effecting a lawful arrest or executing any other duty imposed by law. A fourth degree assault is a gross misdemeanor with possible penalties of one year in jail and a fine of not more than $3,000. If the assault inflicts demonstrable bodily harm, the person is guilty of a felony and may be sentenced to imprisonment for not more than three years or to payment of a fine of not more than $6,000, or both.

It is also a crime to assault fire fighters and emergency medical personnel in the commission of their duties. If convicted, a defendant may face felony charges and up to two years in prison and a fine of not more than $4,000.

An assault motivated by bias based on the victims or anothers actual or perceived race, color, religion, sex, sexual orientation, disability, age, or national origin may also be charged with a fourth degree assault and may be sentenced to imprisonment for not more than one year and to payment of a fine of not more than $3,000.

A second offense on the same victim within five years following discharge from the sentence on the first offense may be charged with a gross misdemeanor and may be sentenced to imprisonment for not more than one year and to payment of a fine of not more than $3,000.

If convicted of a second fifth degree assault after August 1, 1992, that person may no longer own or possess a pistol. Any person who possesses a pistol in violation of this paragraph is guilty of a gross misdemeanor.

It is also a crime to knowing transmit a communicable disease. A "Communicable disease" means a disease or condition that causes serious illness, serious disability, or death; the infectious agent of which may pass or be carried from the body of one person to the body of another through direct transmission.

It is an affirmative defense to prosecution, if it is proven by a preponderance of the evidence, that:

the person who knowingly harbors an infectious agent for a communicable disease took practical means to prevent transmission as advised by a physician or other health professional; or

the person who knowingly harbors an infectious agent for a communicable disease is a health care provider who was following professionally accepted infection control procedures.

Self-defense claims are made when a defendant agrees that act of assault occurred occurred, but claims that it was justified by the other persons threatening actions. A jury must decide that the person accused of the crime acted reasonably. The questions which must be asked include:

Who was the aggressor?

Was the defendants belief that self-defense was necessary a reasonable one?

Did the defendant use only the force necessary to combat the aggressor?

Defense of Others claims are similar to self defense claims. When making such a claim, a defendant agrees that act occurred, but claims that it was justified by the other persons threatening actions to a third person. Again, to succeed, a jury must determine that the defendant acted reasonably under the circumstances.

An alibi defense is simply the argument that the defendant could not have committed the crime because that defendant was somewhere else.

One of the best and most common defenses is to challenge the credibility of witnesses including the police. A good attorney will examine all aspects of a witnesses statements, the inconsistencies and the omissions. Witness testimony may be undermined by prior inconsistent statements or rebuttal witnesses that tell a different story.

What can I do?

In any criminal case it is very important to preserve evidence before it gets cold. That means you should hire an experienced and aggressive attorney for your representation as soon as possible. If you do not, your rights could be impaired.

An investigation must be performed which would involve photographing the scene, examining critical evidence and interviewing potential witnesses while their memory is fresh. (A defendant cannot perform these functions by themselves since they may be viewed as tampering with a witness).

Fighting a criminal case can be very complicated. Did you know that many cases are dismissed on technicalities? An attorney must have knowledge of the court system and know the different personalities of Judges and Prosecutors.

Our expertise includes successful representation in Federal, State and Juvenile courts on issues related to embezzlement, child molestation, fraud, rape, theft, murder, drugs, domestic violence, vehicular manslaughter, sex crimes, weapons and many others. Because we take our responsibility very seriously, we are available to you 24 hours a day, 7 days a week, 365 days a year. We have rightfully earned the respect of judges, prosecutors and police officers as aggressive attorneys who are not afraid to challenge them on tough cases. As a matter of fact, in large part because of our well-deserved reputation, many other attorneys refer their criminal cases to our office.
--
Maury D. Beaulier is a recognized leader in Minnesota criminal defense including assault crimes. Aggressive and affordable, Mr. Beaulier offers legal articles on his website where you may seek a case review or Ask-A-Lawyer your legal question at http://www.criminal-law.tv