Different Meanings For The Ring Fingers According to The Greeks & Palmistry 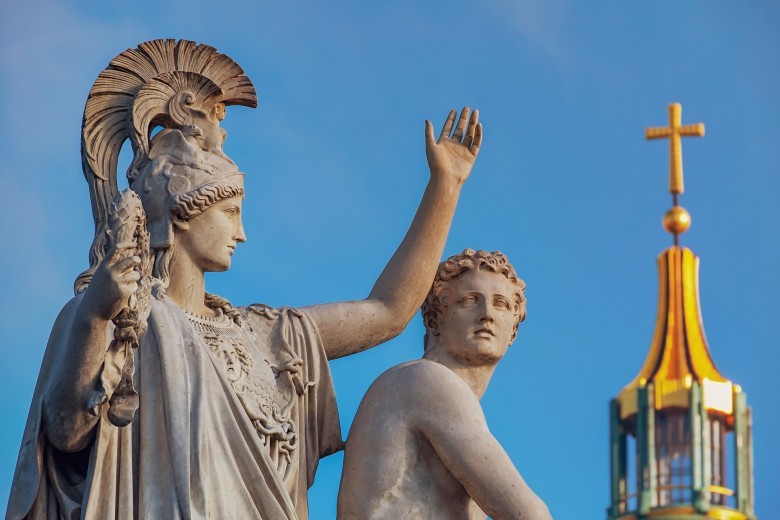 Different Meanings For The Ring Fingers According to The Greeks & Palmistry

A study at the University of Liverpool showed that there may be a link between finger length and depression in men. This study found that the longer a mans fingers are in relation to his height, the more likely he is to suffer from depression. Although this study included women as well as men, the same could not be concluded for the women which led the group of researchers to discover that as testosterone levels dimish during depression, that the culprit could be lower levels of pre-natal testosterone! And all this because of his fingers...but fingers are fascinating and the vast majority of society wear

on their fingers (no bells on their toes, at least normally) without many appreciating some of the information about fingers. So think again before you buy stylish silver rings because you may just want to buy the next one for a different finger.The Greeks assigned the ring finger meanings in line with their Gods. So wearing a ring on the thumb finger whose God is Poseidon, represents individualism. If you wear one on the index finger, God Zeus, this meant dominance, energy and power.

The Greek God for the middle finger is Dionysus so wearing a ring on that finger represents rebellion, decadence and irreverence. The finger known as the ring finger is Aphrodite, so this is for love, romance and good connections. The Greek God for our little pinky is Ares which symbolises assertiveness, competitiveness and conflict.What about palmistry? In palmistry the thumbs are related to self control.

There are references here to the active hand and the passive hand; this simply means that if you are right handed then this is your active hand making your left passive. So if you or someone you see has a thumb which goes inwards on the active hand this could mean that they are not currently fully applying themselves to their worldly ambitions. The same on the passive hand shows inner conflicts.

Choosing rings for personal transformation in this instance you could wear a narrow, silver ring which can help with guidance and strength, which if possible has a milled surface (this is to be industrious), which should be worn on the passive hand. In traditional chinese medicine (TCM) the thumb relates to the lungs, which are for inspiration.The index finger is called the mirror finger by palmists. It is ruled by Jupiter and is about self-reflection. If you or someone you know wears a big ring on the active index finger this could mean that there are self-esteem issues.

The person could feel in need of recognition and power, especially if this ring contains a large gemstone. For these situations a tin based ring which is very simple should be worn on the active hand, with no gem, and with flat sides for humility and modesty. In TCM the index finger relates to digestion, therefore it can be digestion of life and ideas.The middle finger which is known as the wall finger is ruled by Saturn which represents the psychological boundaries, values and lifestyle.

The larger the ring and gemstone on this finger , the more seriously the person takes life and wants to feel secure. However multiple rings on the middle finger of the passive hand can be associated with stability in the family and obsession over material things. For those who have concerns like this it is good to wear a ring on the passive hand with a clear, square crystal to bring stability and clarity.

In TCM the middle finger relates to the heart, so self-love and love of others.The third finger, also called the ring finger, is the focus of the love binding ceremonies which can be traced back to pagan times. Wearing a ring here is a self-imposed idea to help the subconscious to restrict itself in pursuing the other sex. In TCM this is the liver which in Chinese medicine is the seat of anger.

The fourth finger, our pinky, is ruled by Mercury, God of Communication, and in palmistry this is called the antenna. It communicates with all levels, and people who wear more than one ring here may have a tendency to embellish the truth a little. A small fine ring on the passive hand will enhance communication in the right way, you will notice an immediate difference. In TCM this is the kidney which is about fear.