Condom Storage and Safety from Heat 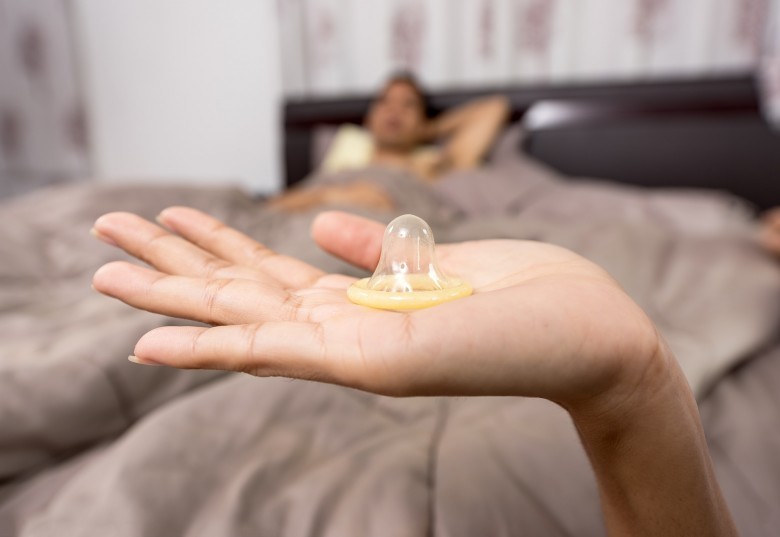 Condom Storage and Safety from Heat

Heres a quick rundown on where to stash away your condoms so that you can always stay prepared. A lot of us, if not all of us, have heard the old advice to not keep a condom in your wallet, but how many of us know why? And, to quote one of the recent questions Condom Man received, is it a good idea to keep your condoms in a refrigerator? (Quick Answer : No.) Its always good to have a condom on hand, but its also good to remember that condoms degrade over time and need to have a little bit of care and attention. To summarize, you want to keep a condom close by, but not TOO close by.

Firstly is the old question of keeping your condom in your wallet. The reason behind why this is a bad idea is because, over time, your body heat can weaken the latex of the condom. If you put the condom in your wallet, and then the wallet in your back pocket, that condom is trapped in all of that body heat for a considerable amount of the day, for days at a time. The ideal temperature for storage of your condom is room temperature. They were manufactured to be easily taken care of and easily stored, so that there wouldnt be any problems with consumer error, or during transit to various retail outlets, etc. So in order to avoid your body heat breaking down the latex, it is advised that you replace that condom often and throw the old one away. You can also only store the condom in your wallet over the weekends or on days when you are especially optimistic.

Another question weve been asked is about storing the condom in your cars glove box or side compartment. The same logic applies to this as to your wallet, however in this instance its your cars heat, and the heat from the sun that does the damage instead of your body heat. Anyone whos sat down in a car in the middle of the summer after the sun has been glaring down on your car for a few hours knows how hot it can get in a car. When a car is running, it obviously can also generate an enormous amount of heat. This heat can also weaken the latex. So if you and your partner are big fans of the back seat of your car, just make sure to replace that condom every so often so that you can stay completely protected.

At home its always good to keep condoms on hand. Some people often wonder if its OK to just keep condoms in the nightstand, or whether they wont be protected from the elements that way. As mentioned earlier, we have sometimes been asked if a condom should be stored in the refrigerator or some other protective storage unit (a humidor, for example.) The quick answer is no. Condoms were designed to be durable and last in room temperature conditions. Any extraneous heat or cold that will waft through your room during the seasons will not noticeably deteriorate the latex. Its not necessary to keep them at a certain temperature or level. All of these wear-and-tear factors were considered by the manufacturers when the condom was made and is part of what determines a condoms expiration date. So dont fear the dresser drawer or night stand. These storage staples will do you just fine.

Just as a side note, when you buy from Condom Man, you can rest assured that we take extreme precaution when storing the million plus condoms in our warehouse. The storage facility is optimally temperature controlled with backup power to ensure that during both storage and transportation, your condoms are kept in dry and perfect condition. How many local pharmacies or drug stores can say that?

For more information visit: Condom Storage and Safety from Heat
--
CondomMan.com is a leading online retailer of condoms, selling name brand condoms like Durex, Trojan, Lifestyles and Crown condoms for the best prices online. Buy Condoms Online with Condom Man. Learn how to put on a condom, how to choose the right condom for you, and more.