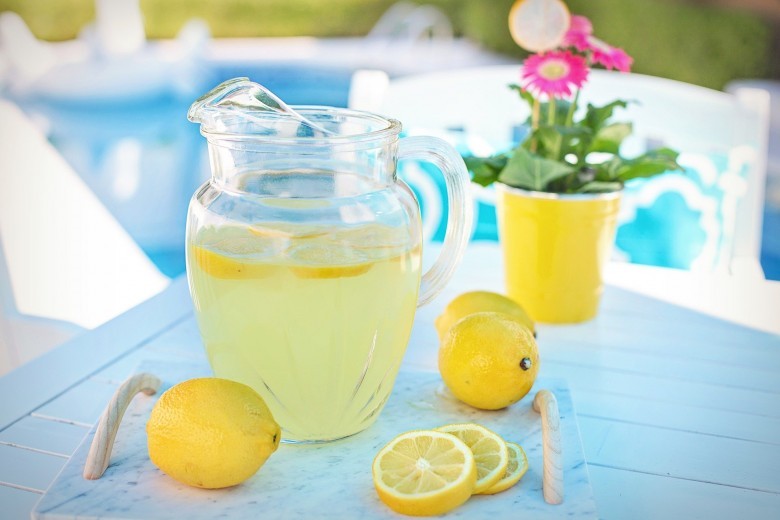 This is also called the master cleanser lemonade fast, lemonade detox diet and lemonade cleansing diet. It is very popular now. Beyonce lost 20 pounds in 10 days for Dream Girls with it and Robin Quivers (Howard Sterns assistant) heard about it from magician, David Blaine. She lost 73 pounds with it.

There are many testimonials of people losing weight and getting other benefits so it is a great way to lose weight, like before the prom. But there are some problems with it.Many people have practiced fasting including Jesus, Moses, Aristotle, Mark Twain, Mahatma Gandhi,Hippocrates and many medical doctors. Because of this, it has been constantly improved upon. But because the lemonade diet was created by one person, Stanley Burroughs, it has attracted many people who are afraid to improve on it or change anything about it. So they follow it as a cult.It is like fasting since they are not eating food.

So they get many of the benefits of fasting like losing weight and blood purification. The lemonade diet recipe contains these ingredients: water, freshly squeezed lemon or lime juice, maple syrup and cayenne pepper.People experienced with fasting know that you do not have to worry about the colon. Fasting gives it a vacation and it works better than ever after the fast. With the lemomade fast people lose weight and get health benefits from not eating. But there is a practice done as part of it known as the Salt Water Flush where you drink water with a lot of salt in it.

This has genererated many complaints.People complain about the taste of it and about wanting to vomit after doing it and other problems. It consists of drinking salt water which does not get digested, but goes through and comes out the same way that solid waste comes out. Also they complain how you have to be home with easy access to the toilet since this stuff can come out very quickly. The purpose of doing it is to cleanse the colon.

I tried it and it did work but I felt sick afterwards.Now these people do not know why it goes through undigested. The reason is because it is very toxic. It does not take much salt, which is not a food, to kill someone. A guy dissolved 4 ounces of salt (112,000 mg) in a quart of water and drank it and it killed him.

A quarter pounder is 4 ounces. The American Medical Association is trying to get the FDA to make salt a regulated substance so they can limit the amount that is put in foods.If someone consumes no salt for 2 weeks, they can lose up to 20 pounds (mostly water weight). I will not go into a full explanation of it which is on my webpage on losing weight, but salt has no calories but can make you fat due to water retention.

Water weight makes you look very fat. Also consuming less calories and burning lots of calories has no effect on this weight. Already some who are followers of this lemonade diet, have made minor improvements like replacing maple syrup with agave (a natural sweetener from a cactus) and taking the cayenne in a shot glass so they can enjoy the lemonade. See site below for more on losing weight with the lemonade diet. www.phifoundation.org/fast.html--

Chuck Bluestein is a nutritionist, ethnobotanical herbalist and a master faster. His website has info on colds and flus, losing weight (including water weight), healthy diet, fasting, natural cures with foods and how to be happier.