Tips For Girls Volleyball Players On How To Spike Like A Superstar!

volleyballvoices
posted on 2022 years ago
—
updated on 1 year ago
153
views
News
8 min read
Tips For Girls Volleyball Players On How To Spike Like A Superstar! 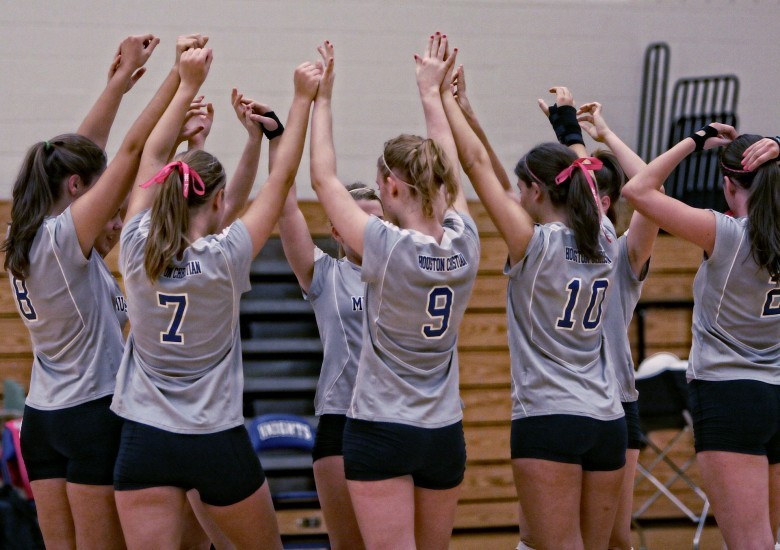 Tips For Girls Volleyball Players On How To Spike Like A Superstar!

Lets face it Spiking is pretty much what everybody lives for when playing or watching Volleyball. Spiking it hard, spiking it high and spiking it on or inside the ten foot line so the volleyball bounces back up high enough to hit the rafters on the ceiling is the dream, right? Heck, thats what I always tried to do! Well the reality is that successful spikers or "celebrity" spikers which is what I like to call them are not always the heavy hitters with the golden arms...I call "celebrity spikers" the players who are smart enough to make points in VARIOUS ways when they attack the ball. Ive listed here five ways You can become a celebrity spiker and the good news is you dont have to be six feet tall!

Exploit the holes in the block.

To become a celebrity spiker you have to become fearless when it comes to hitting against a double block. As a hitter you have to believe that you have the advantage and you have to adopt the mindset that " no one, I mean no one is going to block my ball" and if they do it was due MORE to something that I can correct with my hitting technique than what they DID with their block.

Female players get blocked a lot and they tend to "glorify" the block thinking "Oh this is an amazingly BIG an effective block" not realizing that 6-7 times out of ten it was something that they could change or correct with their hitting technique. Whether it was the spike approach timing or not seeing the court as a hitter you have A LOT of options when it comes to beating the block....you just need to know what they are.

One of the ways is to look for holes in the block between the middle blocker and the blocker who is blocking you. Also called "the seam" of the block dont be afraid to aim your spike right between the two blockers...especially if you see the outside blocker is late. Blockers that dont jump together meaning one going up while the other is going down is a great example of when you can aim for the hole in the block. If you are hitting a shoot set which is a faster paced medium height ball set to the outsides then this is a very good option because the middle blockers are often late getting to the outside so aim for the hole thats created.

"The bigger they are the harder they fall". No wait, its "the madder they get when they cant block you because you keep wiping the ball off of that 6 5" giants outside hands".

Im 6 0" and Im proud to say that Ive played and practiced against some of the best blockers-outsides and middles in the world. I am just below average size with an average jump for a former elite athlete. To compete in Italy against Olympians and World Champions and be the " relatively shorter chick in the front row I had to have a selection of weapons to use in order to keep my job.

Ive played against and seen Peruvian, Chinese, Italian players that were 56, 57", 58" who could make big tall girls cry silly from frustration because they would just wait to see the big block form and then would spike their ball aiming for the outside (the arm closest to the antenna) arm of their blocker and hit it hard so the ball would come back off the arm and outside the side line. Hitting like this would make points or create sideouts and thats why these players would always be in the game. If they can learn to do this...so can you!

You can practice this with a coach who stands on a table with a flat wooden board held with two hands a couple inches above the volleyball net on one side and you (and maybe some teammates on defense on the other side).

You purposefully practice hitting that board - Hit like you are going to hit down the line and you will aim straight ahead-but your "spike follow-through" will finish with your spiking arm coming down across your body so your right arm will finish at your right hip (or your left arm will finish at your left hip depending on what you spike with) so when the ball comes back it comes back either straight down or over your left shoulder to the outside of the volleyball court. Dont twist your body just your arms should do the work. Hardly any defense in the world can defend that ball.

You can also do this with a ball against your garage. Dont jump, just practice your armswing hitting the ball into a make believe square (you can use chalk) to a spot about three four feet above your forehead. Just aim and hit standing about 4 feet away from the spot. Your goal is for the ball to bounce back to the left side outside of your body.

Mix Up Your Shots

Big volleyball tip I want to share here. Spikers look smarter when they dont spike all the time. Trust me you want to seem smart on the court because then you get respected. People dont know what you are going to do next and you become unpredictable which is really cool.

In my other articles I talk about how to watch what is going on...well that same advice works here. When you are front row and your team has made several points hitting the "whatever" out of the ball look to see how far back the defense is when your other teammates are hitting or better yet ask your defense to tell you how far back is the defense when they are dug in. This can give you a clue as "when" to tip and "where" to tip. Make your back row help you become a celebrity spiker by asking them "whats open?" They arent there just to dig.

Hit to the Deep Corners of the Court

Three of my Italian teammates from three different teams, Jana Jurosova from Yugoslavia, Elaina Oden 2-time Olympian and Paula Weishoff 3-time Olympian both from the US would do this all the time and make it look so easy especially during long rallies when everyone else would be hitting hard but still getting dug by the opposite team. They would always remember that as the rallies would get longer the defense on the opposing team would creep up shorter and shorter in the court towards the ten foot line. Its just habit...people are cranking as hard as they can which is usually around the 13, 14 foot line which would mean the defense would have to come up in the volleyball court to dig those balls always leaving the right back and left back deep corners (position 1 and position 5) exposed, open and vulnerable. Paula, Elaina and Jana were the celebrity spikers who would always remember that and would hit high back to those DEEP corners.

The beauty of hitting deep corners is you dont have to be tall nor do you have to always hit hard to make a deep corner shot effective. No matter what your size.. in practice learn to "hit high" and long and do a lot of hitting reps so your body and arms learn and memorize what strength it takes for you to get the ball to fall into the deep corners 5,6,7,8 times out of ten. I recommend warming up and playing deep court doubles, triples and 4s before or after practice.

Cross court doubles are great also...have two players one in 4 and one in 5 (meaning a left side front row and a left side back row) player playing a half court (lengthwise) cross court game against players in the same positions on the other side. Front row can stay in those positions or rotate every few points with the back row player...both players can hit.

Hit the Bad Volleyball Sets, Tip the Good Ones

Another way of becoming an unpredictable "celebrity spiker" is to learn to tip the good sets and crank the bad ones. You dont have to tip EVERY GOOD set especially if you are one vs. one with a block or have no block but do it enough against a double block to keep your opposing team guessing.

In the front row Ive seen outside hitters just rip their setters apart verbally and nonverbally because they didnt get the set they thought they were supposed to. Quite frankly this gets on my last nerve because an outside hitter a good one should learn to hit everything if they want to be considered a good hitter. They should want that responsibility. Now of course the setter needs to do their job but if you call yourself an outside hitter you need to "Man Up" and learn to attack EVERYTHING.

If a setter sets the ball high and inside meaning its supposed to be right on the antenna and instead its just on the other side of your middle blocker you need to haul butt, correct or adjust your approach and HIT the ball. Get inside and hit it!. This is why I talk about learning to watch and really " read and see" what is going on. After hundreds of reps between you and your setter in practice you should get to a point where you can tell when she is in trouble.

"Hey Lisa, our setter has to chase a bad pass AND she is moving backwards AND the only other hitter besides me in the front row is on the ground AND we dont have a back row hitter sooooooo...whats a girl to do? Stay ready to take a couple of steps toward your setter because more than likely she wont get that ball all the way out to you. Dont expect the ball to be set perfectly but anticipate the need to move. Then because everybody in the gym will expect you to tip the ball Hit the ball on this broken play. Hitting these types of balls during broken plays are what celebrity spikers live for. They just go for it.

Learn to hit the ugly and tip the beautiful. Remember the ball is in YOUR hands!

P.S. Always talk to your setter during a broken play if you make any adjustments or changes talk to her during the play so she can hear where you are or where you plan to be.

April Chapple, editor/creator of Volleyball Voices.com is the "Five Quick Tips" columnist for the American Volleyball Coaches Association Coaching Volleyball magazine and is the author of the e-books "