The History of Mens Underwear 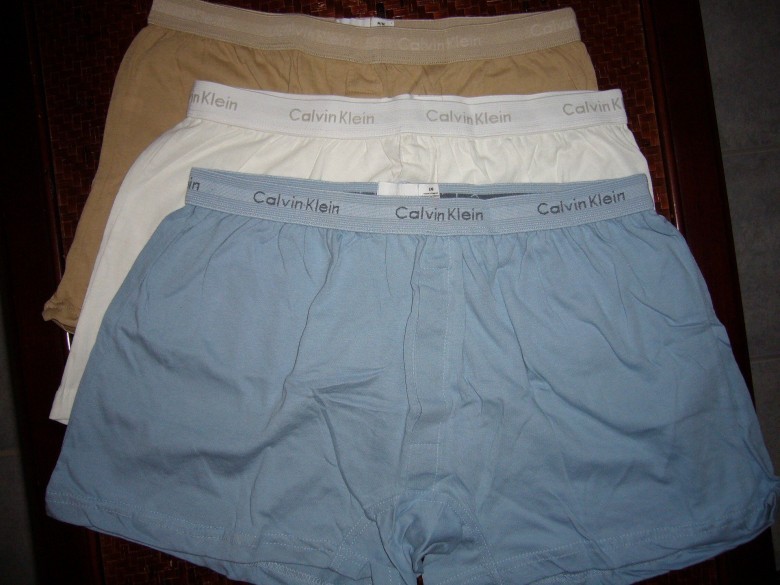 The History of Mens Underwear

Underwear is something we often take for granted; it is just a part of life. But how long has it been a part of life and how have mens underwear evolved over the ages?

When using the word underwear, we assume its meaning to be any garment worn against the body and sometimes under other articles of clothing. The oldest traces of such underwear start with the Egyptians. Although the loincloth is the simplest and probably the first undergarment worn by human beings, hieroglyphics of Egyptians dating back to the 2nd millennium B.C. show how fabric was used to form an undergarment over which they wore a skirt. Pharaohs were often buried when these garments, giving further proof of their existence.

In Greece, the chiton, an oblong piece of woolen cloth large enough to wrap around the body, was wore and then often fastened beneath by men who were physically active. Over the chiton a himation, or outer cloak was sometimes worn. Greek slaves simply wore loincloths. The closest article of clothing worn by men in ancient Rome was called a subligaculum, which in modern terms means a pair of shorts or a loincloth and this was worn under a toga or tunic.

It wasnt until the 13th century that pull-on underpants were invented and underwear became an important garment. These underwear looked like baggy drawers and were called braies. Knights wore braies under several layers of clothing topped by their armor. A braies was stepped into and then laced or tied around the waist and legs at about mid-calf.

By the Renaissance, the braies became shorter to accommodate longer styles of chausses. Chausses were form fitting like modern hose and were not typically covered up. Mens hose were typically very snug on the legs and open at the crotch, with the genitalia simply hanging loose under the doublet. A shortening of the doublet resulted in often-exposed genitalia, so the codpiece came into being. As time passed, codpieces were shaped to emphasize the male genitalia and eventually often became padded and bizarrely shaped. Henry VIII of England began padding his own codpiece, which caused a spiraling trend of larger and larger codpieces that only ended by the end of the 16th Century. They also often doubled as pockets or handy carrying places for a variety of items.

In Victorian times mens underwear were divided into two pieces and made of cotton, linen and silk. In America, pre Civil War, "drawers" were worn from the waist down and were typically made of wool flannel. A new design that was knee length with a simple button overlap in front and a drawstring at the waist in the back also became popular. This was also worn with an upper garment made of wool flannel, which was worn next to the skin for added warmth.

By the time of the Industrial Revolution and the invention of water-powered spinning machines and the cotton gin, underwear was being mass-produced. For the first time, people began buying their underwear in stores rather than making them at home. The standard undergarment of this period for men, women, and children was the union suit, which provided coverage from the wrists to the ankles. The union suits of the era were usually made of knitted material and included a drop flap in the back to ease visits to the toilet. Because the top and bottom were united as a one-piece garment it received the name union suit. Hanes opened several mills producing union suits.

The name Long Johns, long skin-tight underpants, was actually first used for the long underwear issued to American soldiers during World War II. The name is derived from the old boxing gear worn by John L. Sullivan, who was a boxer in the late 1880s.

As with anything, the union suit went out of style by the 1930s and men were favoring shorter underwear again. By this time elastic was invented which replaced buttons, snaps and ties. The buttonless underwear, as it was known, were considered the first boxer shorts.

The y-vent crotch on underwear was created by Jockey also in the 1930s. In 1936 OMunsingwear developed the kangeroo pouch underwear which used a horizontal vent.

During the second World War there was a difficulty in obtaining underwear as the first priority were troops abroad. Also there was a shortage of rubber and metal, which meant back with the button fasteners. Before this point, underwear was colorless or white. Because soldiers didnt want to be too conspicuous during battle while washing their underwear, whites were dyed olive green.

The idea of colored underwear caught on and from the 1950s on, underwear became more innovative and exciting with the introduction of color and pattern. New fabrics were introduced such as rayon, Dacron and DuPont nylon. Nylon tricot briefs were made in a multitude of colors. This was followed by the introduction of Lycra and Spandex.

In the 1970s and 1980s briefs got briefer and underwear was becoming a fashion item.

In the 1990s, retailers started selling boxer briefs, which take the longer shape of boxers but maintain the tightness of briefs. Though marketed as a new design, these are actually quite similar to the bottom half of the two-part union suits worn in the 1910s.

Other types of underwear used today include Bikinis, Thongs and G Strings. The choice for men when it comes to underwear is almost limitless, unlike that of their predecessors who were only given a loincloth to cover up with.At NuWear.com we focus exclusively on

for those who want to show off a hot physique or just have a little more fun. Our selection includes silk and satin to lounge wear in stretch microfiber and more. Visit http://www.nuwear.com/ online today.