Save The Relationship: Why Do Most Men Dislike Talking About Emotional Issues?

Author Unknown
posted on 2021 years ago
—
updated on 2 months ago
29
views
News
4 min read
Save The Relationship: Why Do Most Men Dislike Talking About Emotional Issues? 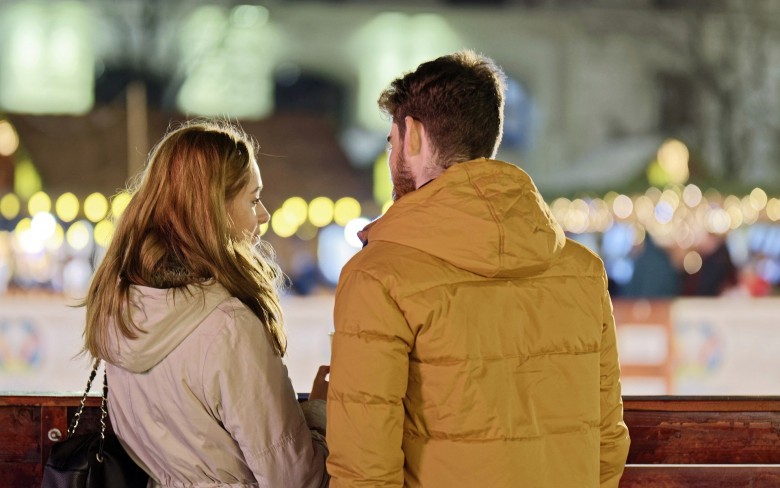 Save The Relationship: Why Do Most Men Dislike Talking About Emotional Issues?

Why he clams up, and why that's actually a good thing.
When you hear about men being from Mars and women being from Venus, what you're often hearing is that women like to talk and communicate while men prefer not to.
It's one of the most fundamental differences between the sexes - and it's the one that drives the most people crazy.

"All she wants to do is talk about our feelings!" men will complain to their friends.
Meanwhile, women complain to their friends, "He wont talk to me about his feelings!" Is there no middle ground here? To women, it seems obvious that you'd want to discuss emotional issues. How else will you know what the other person is thinking? Besides, talking about things helps you understand them and feel better about them. So why would anyone want to clam up? That line of reasoning makes sense - for women. But men's minds work differently. They're just not hardwired the same way as women.

Many studies have shown that men react to strong emotion more physically than women do. Their blood pressure goes up, their hearts race, and it takes much longer for their bodies to return to normal once the crisis has passed than it does for women.
Because of this, men's brains subconsciously urge them to stay away from strong emotion - because it's physically dangerous.

One study among young boys and girls showed that the boys were faster to turn off a tape recording of a baby crying than the girls were. Why? Not because the boys were insensitive, but because they were more bothered by it. The boys were actually MORE sensitive to strong feelings, not less. And that's why they avoid it.
It's been shown that old men are far more likely to die soon after losing a spouse - to "die of grief," as they say -- than old women are after losing theirs. Physically speaking, emotional problems hit men harder.

Women often want to ask a man, "What are you thinking?" when he's quiet. They assume that because they get quiet when they're troubled, its the same way with men. But it isn't, at least not necessarily. Men also get quiet when they're pondering a problem, devising a solution to something. It doesn't mean anything is "wrong." It just means they're working something out, often something non-earth-shattering and non-traumatic.

Women talk their way through problems; men think their way through.
Men do talk, of course. Get them with their buddies and they talk all the time -- about sports, cars, movies, video games, TV shows, you name it. Just not their feelings. They get their pent-up feelings and aggressions out through games and camaraderie, not through cathartic chat sessions. But even strong, stoic men understand (or should understand) that communication is vital in any relationship. They should be willing to talk about things that need to be talked about. The key for you in getting him to open up is to let go at his own pace.

Women's minds focus on feelings, while men's focus on problem-solving.
Therefore, if there's an emotional issue that needs discussion, rather than saying, "How do you feel?" or telling him how you feel, you might do better to phrase it as a solution: "Lets figure out a way to deal with this" or "What if we did such-and-such about this situation?"
A good time to bring up emotional issues is when he's relaxed and comfortable and not otherwise occupied. That last point is important. He's relaxed and comfortable when he's watching a football game on TV, but that's certainly not the time to interrupt him with this kind of talk. Wait until he's puttering around in the garage, doing nothing in particular, or maybe when you're out together for a casual walk.

As with so many issues in dealing with men, its important not to pressure him. If he feels like you're manipulating him into talking about his feelings, hell clam up. So don't set up "meetings." Don't say, "We need to talk." (Ask any man: Those are the four most dreaded words in the English language.) Instead, arrange a situation you both enjoy where talking will be feasible - going out to dinner, taking a Sunday drive, etc. Then, if the conversation comes around to the issues you want to discuss, it will be a natural progression, not an agenda.

Above all, you should accept that men are different from women - and that's a good thing. Just because your'e inclined to do something one way doesn't mean that's the "right" way. Let men be themselves. When they feel relaxed and safe, you may be surprised at the things they'll tell you.------Discover how you can stop your competitors DEAD in their tracks and

how to attract Men

and win his heart from this FREE video tutorial (VAlue $67!). Learn all you can about the ultimate ways to defeat romantic competitors with my BREAKTHROUGH resource and learn

how to get an ex back

using the strategies I teach you in this FREE video tutorial (Value $67!) which you can sign up for! This is ONE RESOURCE which you wish your rivals would NEVER find out!