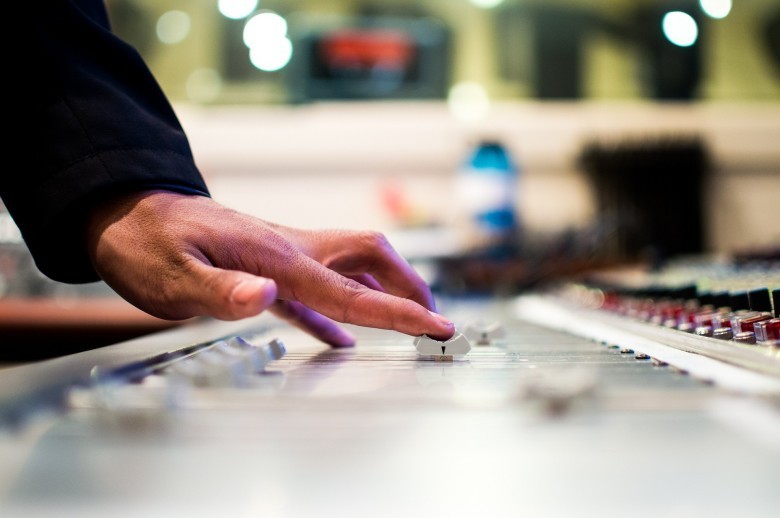 What makes a pro recording pro? What is the "sound" that the pros get and how can you make your recordings sound more professional?

The simple answer is - theres no simple answer. But with careful listening and a little experience you can create excellent results with modest equipment.


Good mixing starts ear
The first and most important item of equipment is - who knows? Anyone? Its your ears! Sorry to tell you this, but listening to ten hours of Rave at 110dB will do nothing for them and you might as well give your mix to a turtle as try to mix with misused ears.

Listen to commercial recordings of mixes you like, analyse them, listen for the effects and get to know what constitutes the sort of sound youre after.


Mixing secrets
Theres no hidden secret to getting a good sound, but if we had to sum up the secret of mixing in two words it would be this - EQ and compression. Okay thats three words.

These are probably the two most important tools used by professional producers. However, like any tools, if you dont know how to use them youll be carving Habitat tables instead of Chippendale chairs.

Thats where your ears and experience come in. Here we have assembled some production ideas, suggestions, tips and tricks but they can only be guidelines and need to be adapted to suit your material. There are no presets you can switch in to make a bad recording sound good. And if your original material has been poorly recorded not even Abbey Road could salvage your mix. But follow these suggestions and see how much your mixes improve.


Get the level right
You cant push the levels when recording digitally as you can when recording to tape but you still want to get as much signal into the system as possible. This means watching the levels very carefully for clipping, and recording at an even and constant level.


Monitors
Your ears are only as good as the monitors they listen to. DO NOT expect to produce a good, pro mix on tiny computer speakers. It may sound fine on a computer system, but try it on a hi fi, in a disco and through a car stereo.

Oddly enough, you dont necessarily need the most expensive Mic. Many top artists use what some might call "average" Mics because they work well and get the job done. You can spend a wad on a large diaphragm capacitor Mic (yes, theyre good for vocals) if you have the lolly but check out dynamic Mics which are much more affordable and can be turned to several tasks.

Mixing MIDI and audio
One of the great things about computer-based recording is that the parts can so easily be changed, edited and processed. Its also so easy to combine MIDI and audio tracks and many musicians use a combination of sample loops, MIDI parts and audio recording.

Audio recordings are generally guitar and acoustic instruments such as the sax and vocals. Incidentally, the best way to record guitars is by sticking a Mic in front of its speakers. You can DI them and process them later and this may be cleaner but for a natural guitar sound a Miced amp is hard to beat.

Its not necessary to record drums live and, in fact, its difficult to do and retain a modern sound. You can buy off-the-shelf MIDI drum riffs and audio drum loops, or program your own. The quality of the gear which makes drum noises these days is such that anyone with a good riff can sound like a pro.

Mixing MIDI
As MIDI and audio parts appear on the same screen in modern sequencers, its very easy to arrange them into a song. However, when you come to mix everything down theres another consideration. If you are recording to DAT you can simply route the audio and MIDI outputs through a mixer and into the DAT machine.

However, if you want to create a CD you must first convert the MIDI parts to audio data. The entire song can then be mixed to hard disk and burned to CD. Converting MIDI to audio can have another benefit and thats the ability to process the MIDI tracks using digital effects.

Effects
There are three positions for effects known as Master, Send and Insert. Use the Master for effects you want to apply to the entire mix. These will often be EQ, compression and reverb.

Although giving each channel its own Insert effects is kinda neat, each one uses a corresponding amount of CPU power. So if your computer is struggling and if youre using the same effect on more than one channel, make the effect a Send effect and route those channels to it.

Many pieces of software let you apply an effect Pre or Post fader. With Post fader, the amount of sound sent to the effect is controlled by the fader. With Pre fader, the total volume level of the signal is sent. Post fader is the usual default and the one youll use the most.

EQ
EQ is the most popular and the most over-used effect. Yes, it can be used to try to "fix a mix" but you cant make a silk purse out of a sows ear as me Gran used to say and what she didnt know about mixing could be written in the margin of the book of honest politicians.

But before you start messing with EQ - or any other effect for that matter - make sure you have a decent set of speakers. Have we said that already? Oh, must be important, then.

There are plug-in effects such as MaxxBass which can psychoacoustically enhance the bass frequencies to make it sound better on smaller speakers. However, this is by no means the same as getting a good bass sound in the first place by observing good recording principles.

EQ can enhance a mix to add gloss, fairy dust, shimmer, sheen, a sweetener or whatever you want to call it to the final production. It can be done with enhancers and spectralisers, too, although these tend to mess with the harmonics which some producers dont like. However, dont dismiss them out of hand.

General EQ lore says that you should cut rather than boost. If a sound is top-heavy, the temptation is to boost the mid and bass ranges. But then what usually happens is you start boosting the upper range to compensate and you simply end up boosting everything and youre back where you started - only louder!

The reason why cutting is preferred is that boosting also boosts the noise in the signal which is not what you want. Try it. Boost every frequency and listen to the result. If you think it sounds okay, fine. What do we know?

But when youre fiddling, do keep an eye on the output meter. Boosting EQ inevitably means increasing the gain and its so-o-o-o easy to clip the output causing distortion which does not sound good.

Finally, check EQ changes to single tracks while playing back the entire piece. In other words, listen to the tracks in context with all the other tracks. It may sound fine in isolation but some frequencies may overlap onto other tracks making the piece frequency rich in some places and frequency poor in others.

Reverb
Reverb creates space. It gives the impression that a sound was recorded in a hall or canyon instead of the broom cupboard. Recording lore suggests that you record everything dry, with no reverb, so you can experiment with a choice later on. You cant un-reverb a track once its been recorded.

The more reverb you apply, the further away sound will seem. To make a vocal up-front, use only enough reverb to take away the dryness. Vocals dont want to be mushy (lyrics can be mushy) so use a bright reverb.

A common novice error is to swamp everything with different types of reverb. Dont - it sounds horrible!

Mixing down
Youve done all the recordings, done the edits, applied the effects and now its time to mix everything into a Big Number One Hit! Before you do, go home and have a good nights sleep. Have two. In fact, sleep for a week.

Yes, we know youre hot and raring to go but your ears are tired. Theyre falling asleep. Listen carefully and you might hear then snore!

There is a phenomenon known as ear fatigue and consistent exposure to sound, especially the same frequencies, makes our ears less responsive to them. Goes back to the bit about spending your life in a Rave club - youll never be a master producer. If you try to mix after spending a day arranging, your ears will not be as responsive, so do them and your mix a favour by waiting at least a day.

Now, go forth and mix! And dont forget - you get better with practice. For more information about mixing, pick up a FREE copy of Creating The Perfect Mix at www.making-music.com

***********
Ian Waugh is one of the UKs leading hi tech music writers and creator of www.making-music.com. He has written for most of the major - and not so major - hi tech music magazines in the UK and many general computing titles both offline and online.

His output numbers over 2,000 articles, features and reviews and he has written several books and albums. He is author of the "Quick Guide to..." series which includes the Quick Guide to Dance Music, Digital Audio Recording, MP3 and Digital Music, and Analogue Synthesis.