Migraines and Photophobia – Please Don’t Show Me the Light 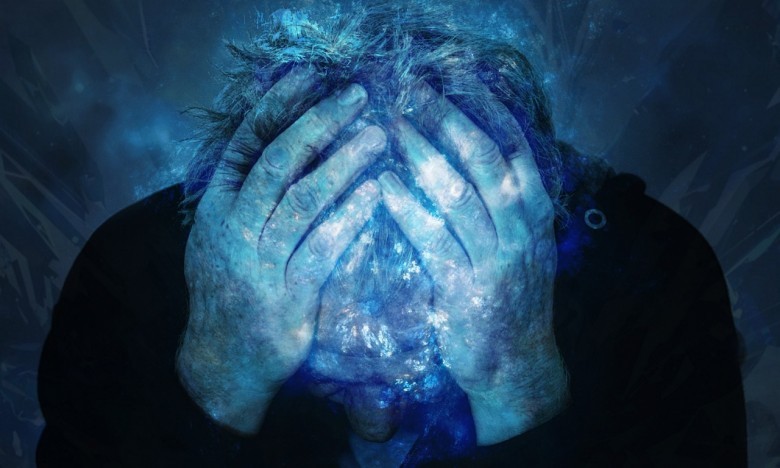 Migraines and Photophobia – Please Don’t Show Me the Light

Aversion to light is an extremely common, if not universal, characteristic of migraine headaches. Photophobia literally means a fear or aversion to light.

Its almost always accompanied by phonophobia - an aversion to sound. So people suffering from migraine headaches almost always end up scurrying to the safe confines of a dark and quiet room, not to be disturbed until the headache has ended.

The most common symptoms of migraines (outside of the headache itself) include:

In the strictest definition, the main cause of photophobia is glare. People with lighter-colored eyes, cataracts and those who suffer from migraine headaches are more likely to be light and glare sensitive.

Photophobia classically develops when the eye muscles around the iris (the colored portion of the eye) fail to properly constrict and reduce the amount of light entering through the eyes central area, the pupil. When this occurs, exposure to light may be painful. Eye pain results from the undesirable effects of too much scattered stray light on the retina.

These findings stem from the Cortical Spreading Depression (CSD) concept advanced in the last few years. The CSD theory suggests there is an initial shut down of nerve cells which suppresses normal body functioning - followed by a burst of recharging activity. Its thought the headache pain comes from the rebound effect of nerve cells recharging themselves.

As a consequence, sensitivity to glare could cause a general neural hyper-excitability. This would contribute to the pain by triggering a particular nerve complex behind the eye, called the trigeminal ganglion.

Heres an interesting observation: Recent migraine photophobia studies demonstrated that in 19 of 25 patients, light-induced pain was greater on the same side that the headache was felt.

A recent study of 260 patients has put to rest any debate whether or not migraine symptoms such as photophobia actually diminish with increasing age.

Earlier reports noted a statistical increase in symptoms over time, such as photophobia, phonophobia, dizziness, throbbing, pressure, stabbing, and being forced to sleep or rest when the headache pain arrived.

However, recent analysis broke these symptoms down into more detail. The good news was that migraines in women peaked in the 30 49 year old age group, and then declined as they grew older. Additionally, headache intensity declined as well for both sexes over 50.

Finally, it was noted that symptoms of vomiting, phonophobia and photophobia also improved slightly simply by reaching 50 years of age.

Since there is some evidence indicating the presence of light can actually trigger or make an existing migraine headache even worse, eye doctors have performed their own studies involving light wavelengths.

The eyes back wall consists of the retina with special light sensing nerve cells. Retina cells that sense black and white are called rods, while color sensing cells are called cones.

There are three types of color-sensing cones in the retina reacting to long, medium, and short wavelengths of light, respectively. An eye study performed on thirty-three patients with photophobia during a migraine showed some interesting results.

Specially made red-tinted contact lenses, which blocked 90% of the light spectrum, were placed on patients during acute migraine attacks. Contact lenses were chosen over eyeglasses, because eyeglasses allow glare to reach the eye through the top and sides. (Contrary to what you may think red lenses dont block red light. The reason they appear red is because they absorb everything else but red allow only that wavelength to pass through.)

Thirty-one patients experienced rapid pain relief, of whom 26 had a complete remission. Improvement occurred for most patients within 5 minutes, with 90 minutes being the longest time before relief was felt. In 5 cases, pain completely subsided within 10 seconds of inserting the lenses!

Selectively blocking specific wavelengths with these special contact lenses appears to be even more effective than huddling in total darkness.

Wearing red tinted eyepieces isnt a totally new concept. During World War II, a problem was discovered concerning soldiers on guard duty. When night fell, there was a period of about a half hour before their eyes could fully adjust to the reduced light. Of course this proved to be a significant hazard. It was found that if the soldier going on duty wore red tinted goggles during the transition from day into night this night blindness problem was vastly reduced.

A Better Method For Migraine Relief

There is another option to relieve migraine pain a migraine cure. Cure the migraine and never worry about photophobia or bright lights again.

Recent reports indicate migraine headaches can indeed be totally abolished as a number of elite medical clinics catering to women have testified. Under their treatment protocols, migraines are completely eliminated in 80% of their patients.

These successes are limited to women only, as addressing a womens hormones is the basis of the cure. Some clinics have published their treatment protocols and even made them available to the public.

The Womens Health Institute of Texas believes that a migraine cure certainly eliminates the migraine nausea altogether - and concern over the ensuing migraine headache may no longer be necessary at least in women.

Dr. Andrew P. Jones, M.D. is the Medical Director for the Womens Health Institute of Texas. He is Board Certified by the American Board of Internal Medicine and by the American Academy of Biologically Identical Hormone Therapy. He is chief medical advisor to the non-profit group,

Find out more about Dr. Jones and the cure for migraine headaches at:

His medical experience primarily revolves around the relationship of womens health issues and bio-identical hormone management of PMS, menopause and migraine headaches.