Learn About The Reproduction For Honey Bees 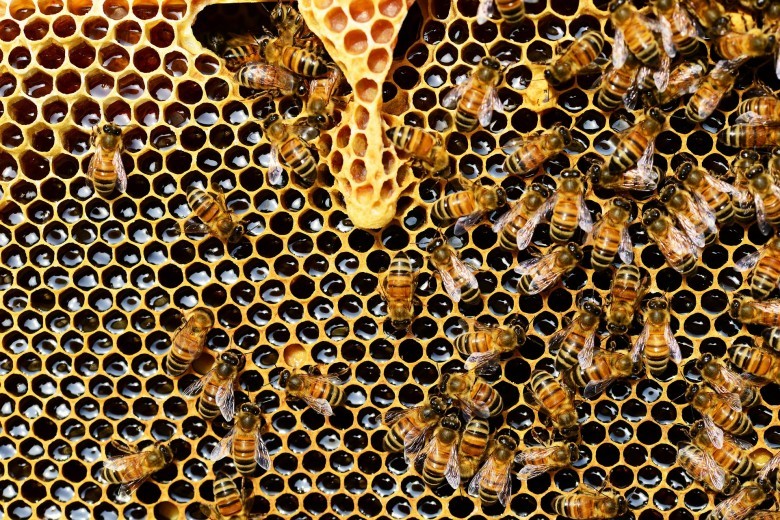 Learn About The Reproduction For Honey Bees

Because swarming typically means a loss of production so beekeepers try to discourage the behavior. One way that beekeepers eliminate swarming in their hives is by purchasing new bees each spring to replace their previous bees that they turned out of the hives the previous fall. Another method commonly used by beekeepers to discourage swarming is the creation of a starter colony.

Creating a starter hive and then splitting it encourages bees to stay in their hives. Some beekeepers believe that bees only swarm when they have an abundance of food in the hive. Beekeepers who subscribe to this theory use a method called checker boarding to discourage their bees from swarming.

When a beekeeper checkerboards their hives they remove some of the full frames of honey, giving the bees the illusion that they dont have any honey in reserve, and therefore discouraging the bees from swarming. It is unusual for a bees to swarm when there is a new queen in the bee hive.

As time passes and the Queen ages is when the hive typically prepares to swarm, generally the elderly queen leaves with the primary swarm, leaving a virgin queen in her place.

When the elderly queen is getting ready to swarm with the primary swarm she stops laying eggs. She concentrates on getting fit enough to fly when she leaves the hive (the only other time the queen has flown is when she went out on her nuptial flight).

When smaller swarms leave the hive they are commonly accompanied by the virgin queen. When they first leave the hive in a swarm, bees dont typically go far from the hive they have always known. After fleeing the nest the bees settle on a nearby tree branch or under an eave. The worker bees cluster around the queen, protecting her.

Once they have the queen protected, some bees, scouts, look around until they find a suitable hive to turn into their new home. Some beekeepers see swarming as a way to restock their hives. An experienced bee keeper has no problem capturing a group of swarming bees.

Beekeepers use a device to called a Nasrove Pheromone to lure swarming honey bees. When they swarm, honey bees carry no additional food with them. The only honey they are allowed to take from the parent hive is the honey they consumed. Although honey bees normally swarm only during the spring the same is not true of Africanized Bees, also called Killer Bees.

The Africanized Bees swarm whenever they have a difficult time finding food. Although they typically dont go after people when they are swarming, their is something about the site of a swarm of bees that scares people. It is not unusual for a beekeeper to be called out to capture a colony of swarming bees. Read about