Different Ways To Cook A Rabbit 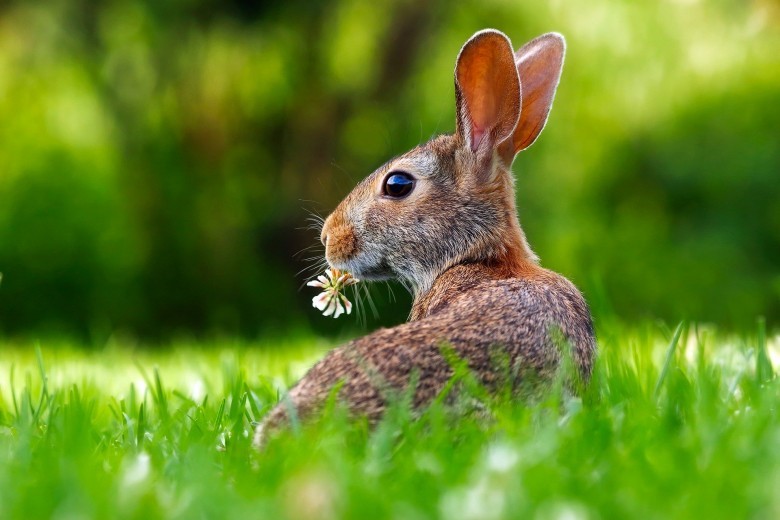 Different Ways To Cook A Rabbit

PREPARING A RABBIT FOR COOKING.--In order to prepare a rabbit for cooking, it must first be skinned and drawn, after which it may be cut up or left whole, depending on the cookery method that is to be followed.

To skin a rabbit, first chop off the feet at the first joint; then remove the head at the first joint below the skull and slit the skin of the stomach from a point between the forelegs to the hind legs. With this done, remove the entrails carefully, proceeding in much the same manner as in removing the entrails of a chicken. Then slit the skin from the opening in the stomach around the back to the opposite side. Catch hold on the back and pull the skin first from the hind legs and then from the forelegs. If the rabbit is to be stewed, wash it thoroughly and separate it into pieces at the joints. If it is to be roasted or braized, it may be left whole. A rabbit that is left whole presents a better appearance when it is trussed. To truss a rabbit, force the hind legs toward the head and fasten them in place by passing a skewer through the leg on one side, through the body, and into the leg on the other side. Then skewer the front legs back under the body in the same way. In such a case, the head may be left on or removed, as desired.

ROAST RABBIT.--Roasting is the cookery process often used to prepare rabbit. To cook it in this way, first skin and clean the animal and stuff it. Any of the stuffings previously given may be used for this purpose. Then skewer the legs in position, place strips of bacon across the back, put in a roasting pan, and dredge with salt and pepper. Also, add 1/2 cupful of hot water to which has been added a little butter or bacon fat. Roast in a quick oven, and baste every 15 minutes during the roasting. A few minutes before the rabbit is tender enough to be pierced with a fork, remove the strips of bacon so that the flesh underneath may brown. Then remove from the pan and serve.

SAUTED RABBIT.--If it is desired to prepare a rabbit by sauteing, skin and clean it, cut it into pieces, and dry all the pieces with a soft cloth. Then melt bacon fat in a frying pan, and when it is hot place the pieces of rabbit in it and allow them to brown. Add several sprigs of parsley and two small onions, sliced, season with salt and pepper, add a slice or two of bacon, and pour water over the whole until it is nearly covered. Place a cover on the frying pan and simmer slowly. Add water when it is necessary. When the meat is tender, remove it from the frying pan. Then thicken the fluid that remains with a small amount of flour so as to make a gravy. Serve hot.

RABBIT PIE.--Rabbit made into pie is also a desirable way in which to serve rabbit. To prepare such a dish, skin and clean one or more rabbits and cut them up into as small pieces as possible, removing the largest bones. Put these pieces into a baking dish, and over them place bacon cut into small strips. Sprinkle all with chopped parsley, salt, and pepper, and add a few slices of onion, as well as some strips of carrot and potato, if desired. Pour a sufficient amount of boiling water over the whole and allow to simmer slowly until the meat is partly cooked. Then place in the oven and cook until the meat is tender. Next, dredge the contents of the baking dish with flour and cover with a 1/4-inch layer of baking-powder biscuit dough. Make several slits through the dough to allow the steam to escape. Bake until the dough becomes a well-browned crust. Serve hot in the baking dish.

Read about cantaloupe nutrition and calories in cantaloupe at the Fruits And Vegetables website.