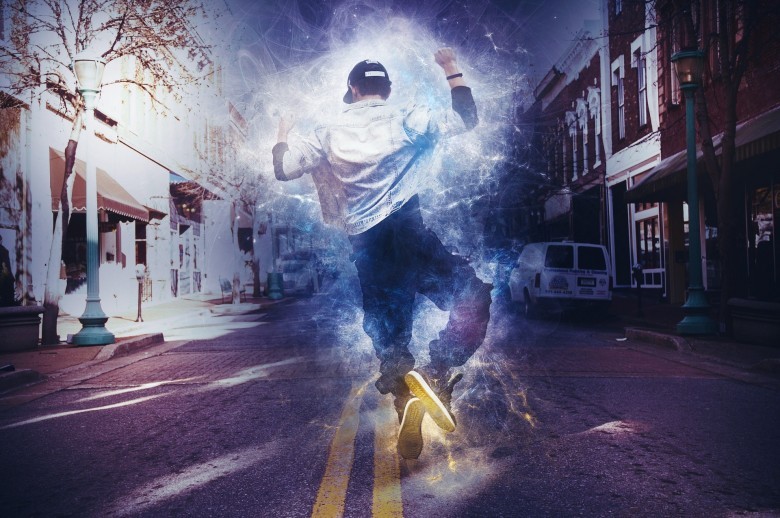 They were wearing big glasses, many rings, sneakers with phat shoelaces. Big, gold necklaces and jewellery were also worn by other hip hop stars like Big Daddy Kane or Kurtis Blow. The haircut was another symbol of the hip hop trend: some singers were having Jheri curls; others had hi-top fade.

Some singers (The Fresh Prince or Left Eye of TLC) were wearing bright coloured clothes and baseball caps. Other hip hop clothes were inspired from the dress code of street gangs and even prison uniforms.

The prison inmates fashion of not using a belt (the belt always being confiscated by the wardens whenever a new prisoner was brought in) has inspired the wearing of baggy pants with no belt. Some regions of the USA have contributed with some special symbols to the hip hop fashion. New York preferred hooded clothes and Timberland boots while the West Coast liked big flannel shirts and Converse sneakers.

The South brought in gold teeth fashion. The mid-90s brought in another trend, the mafioso fashion, represented by hats and alligator skin shoes worn mostly by hip hop stars like Jay-Z or the Notorious B.I.G.

The new rising stars at the end of the 1990s – Sean Puffy Combs came with new symbols as shiny, flashy suits and platinum jewellery to replace the gold one. Combs saw the business opportunity of selling hip hop clothes; therefore he started his own clothing line. Other clothing companies as FUBU or Karl Kani earned millions of dollars from selling hip hop clothes.

But the hip hop fashion started to become distinctive for female singers. Lil Kim and Foxy Brown were famous for their shiny, couture appearances while other singers like Lauryn Hill or Eve were known for a more low-profile clothing style.

But jewellery remained the most distinctive symbol of the hip hop fashion. Hip hop singers wore platinum necklaces or rings with big embedded diamonds. Some of them even had platinum teeth. Nowadays, hip hop clothes have turned into extremely famous clothing labels.

Many hip hop singers have their own clothing lines like Jay-Zs Roc-a-wear or Russell Simmons Phat Farm.The hip hop clothes have changed from the street style to the more glamorous style of the stars. Visit our