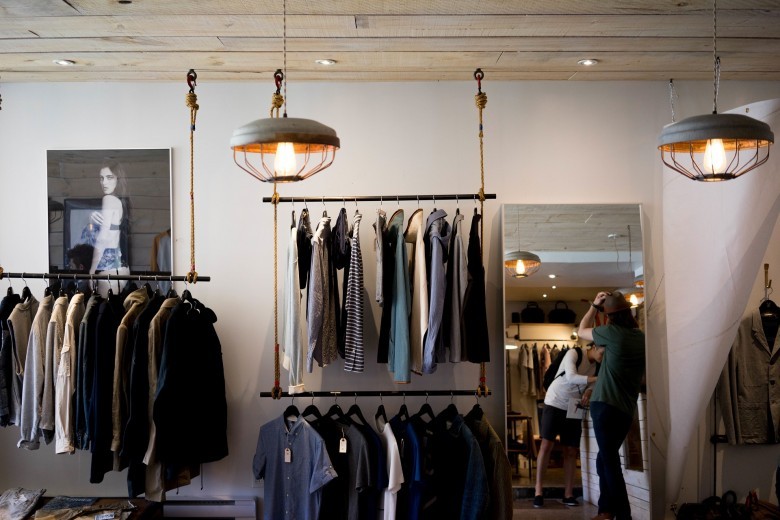 The hip hop fashion industry has boomed since the time that hip hop fashion became the trend of the world. Several brands have begun to come out since then, setting their own names and trends on the world that hip hop culture has created. Names such as Sean John, Akademiks, G-Unit, Phat Farm, Apple Bottoms, and House of Dereon became the names that many of the urban community speak of.

Today, aside from the brands stated above, there are now more than a hundred brands of hip hop clothing lines around the world from which are either popular on their own country or those that made a name across the world.

So let me give you the 10 most sought after brands that have set a trend around the world and made a name that no one else could ever forget.

From the top hip hop fashion clothing line is the brand

. Akademiks is American brand of hip hop clothing line popular among the followers of the hip hop culture. The label was mainly founded by the brothers Donwan Harrell and Emmet Harrell, along with another group of partners.

One of the facts that made akademiks very popular is because of its designs. Donwan Harrell, one of the Harrell brothers that founded the akademiks, is also is also one of the former top 10 designers at Nike.

Akademiks was popularized in 2001 by the Brooklyn rapper Fabolous whose lyrical content included the akademiks brand. Aside from that, Fabolous also wore an akademiks velour on the inside cover of his debut album Ghetto Fabolous.

Aside from its own popularity, akademiks has gained popularity in the clothing industry due to the number of celebrities who wear the brands PRPS jeans, such as rappers Dizzee Rascal and 50 Cent.

One of the top favorites of women when it comes to hip hop fashion is apple bottoms. Apple bottoms is a fashion and lifestyle brand for girls, which was launched in 2003 by multi-platinum recording artist Nelly, alongside Yomi Martin & Ian Kelly.

Apple bottoms was inspired by Nellys vision that "a woman should not try to fit the clothes; the clothes should fit the woman!"

Baby Phat is an urban fashion line of clothing and other items for women and girls designed by is an American model and author Kimora Lee Simmons. It is Simmons goal to fashion Baby Phat, launched in 1999, into an "aspirational lifestyle brand." She also stated she wants to get more Baby Phat into discount stores such as TJ Maxx and Goodwill.

One of Baby Phats distinct features is its logo. Baby Phats slinky feline logo has become an internationally recognizable fashion symbol which is synonymous with the brand. The eye-catching hip-hugging signature jeans represent everything that is feminine and fun, glitzy and glamorous, sensuous and sumptuous about the Baby Phat woman.

Besides clothing, the brand also includes accessories for phones, jewelry, shoes and clothes. It is the corporate "sibling" of the clothing brand Phat Farm created by Russell Simmons.

Another brand that made a clear name across the world is Coogi. Coogi is a clothing line popular for its brightly colored designs of clothing lines. The intricate patterns and weaving techniques made Coogi sweaters one of the most prized pieces to men of wealth.

The brand was founded by Jacky Taranto of Melbourne, Australia in 1969. The initial idea was to attract American tourists visiting Australia by designing their luxury woven sweaters with bright colors. He felt that tourists would love this and he was right about that. In time, his clothing line reached America and was evolved to cater every hip hopers need for urban fashion.

EckÅ unltd. is a brand of urban clothing founded by fashion designer Marc Ecko, that has been popular since the late 1990s, and moved into the mainstream urban culture in the early 2000s.

The G-Unit Clothing Company was established in 2003 when 50 Cent teamed up with Marc Ecko, the founder of Ecko Unlimited to create a line of clothing and accessories by 50 Cent and G-Unit.

50 cent is an American rapper who rose to fame with the release of his albums Get Rich or Die Tryin (2003) and The Massacre (2005). The name, G-Unit, was also the name of 50 cents recording label, G-Unit Records which was founded on 2003.

But other than music, 50 Cent has established himself in a wide variety of fields such as fashion. In November 2003, he signed a five year deal with Reebok to distribute a "G-Unit Sneakers" line as part of his G-Unit Clothing Company.

The house of dereon is a prÃªt-Ã -porter fashion line introduced by singer BeyoncÃ© Knowles and her mother/stylist Tina Knowles. The design of the house of dereon clothing lines was inspired by three generations of women in their family, with the name "dereon" paying tribute to BeyoncÃ©s grandmother, AgnÃ¨z dereon.

The house of dereon mixes hip-hop influences, such as its use of denim, with ultrafeminine flourishes like embroidery and ruffles.

Rocawear is an urban clothing label created in 1995 by Jay-Z and Damon Dash. Because of the popularity of rocawear, a report was made that

Because of the success that rocawear had received from the day it started, its founders have decided to expand their brand and incorporate other products such as lines for children, juniors, socks and sandals, leather suede and fur outerwear, handbags and belts, lounge wear and big & tall, headwear, jewelry, and sunglasses.

In March 2007, the ownership of rocawear was shifted from Jay-Z to Iconix Brand Group. Jay-Z sold his shares for $204 million. Though hes no longer the owner of rocawear, Jay-Z still retained his stake in the company and will continue to oversee the marketing, licensing and product development.

Sean John is a clothing and fragrance line founded by hip-hop mogul sean john Combs, in 1998. The name is taken from Combs first and middle given names.

Part of what made the

clothing line popular is the people that represents that brand. People representing the brand include Combs himself, rappers such as T.I., Fabolous, The Game, Daddy Yankee, basketball stars including Dwayne Wade and Tristan Sooklal, plus models Tyson Beckford and Kevin Navayne.

As one of the trend setter that gave rise to hip hop fashion, the products are inspired by Combs image and reflect his personal style.

Another one of Nellys line of branded clothing line is Vokal. Vokal was launched in 1997 as a Hip Hop Fashion brand by Yomi Martin, his cousin Cornell "Nelly" Haynes and Nick Loftis.

The clothing label, titled VokÃ¡l, stands for "very organized kids always learning". Being Vokal simply means, let your actions do the talking in a positive manner. Both Nelly and Yomi Martin wanted to produce clothing where the designs would be so strong the clothing would speak for itself. Thats why the slogan is VokÃ¡l, the clothing speaks for itself.

" VokÃ¡l means `speak for yourself and this clothing speaks for itself," says Nelly.