topgear
posted on 2022 years ago
—
updated on 2 years ago
327
views
Health News
2 min read
Thoughts on Gout and Alcohol. 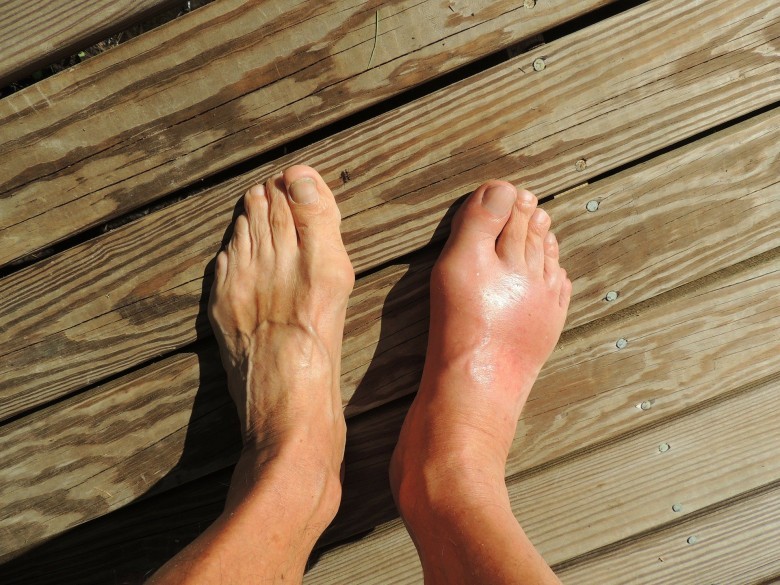 Risk aspects for gout include heightened body mass index (BMI), hypertension, older age, alcohol use, chronic renal failure, and diuretic use. It has also been found that diets that are purine-rich will precipitate or even exacerbate gout via a hyperuricemic

Questions abound regarding the use of alcohol and its liaison with gout. Many studies have been done and invariably they find that there is a direct correlation between alcohol consumption and gout.

The medical findings substantiate that decreased urate excretion is brought about with alcohol consumption. The findings also suggest that different alcoholic beverages will vary in their purine content. Beer has been found to have as its high purine content guanosine. Guanosine is a purine, which is linked to ribose.

Thus of all the alcohol consumption types of alcohol, the worst for gout problems is considered to be beer. For instance the risk of gout was significantly raised with alcohol intake even as low as 10.0 to 14.9 g per day.

Then it was found that the risk of gout is 2.5 times higher in men who usually consume 50 g or more of any type of alcohol per day. Further, it appeared that beer and liquor consumption carried the greatest risk, however those who had moderate wine consumption did not increase their risk of incident gout.

Other findings reported that the men who tested and drank the most alcohol on a daily basis had twice the risk of developing gout as men who did not drink. Interestingly enough, beer drinkers increased their risk by 50% for each daily serving! Those, however, who drank hard liquor, were found to have increased their risk by 15% for every drink. Further it has been found that in general uric acid secretion is greatly impeded by alcohol,

Researchers have also proven that beer consumption leads to gout due to its inordinately high purine content. When a person eats and then goes through the process of digestion, scientists say that anything with a purine compound will break down to form uric acid. Uric acid is known to leave the body through urine output. However when the kidneys cannot process the entire load of uric acid, then blood levels become extremely high. This uric acid then forms crystal deposits within the joints of a person, and it is those crystal deposits that cause what is known as gout via beer consumption.

The other side of this discussion regarding gout and alcohol is that some who drink alcohol and have gout propose that alcohol dims pain naturally, and that those who stand while imbibing rather than sitting at the bar are promoting exercise of their bodies, as well as preventing them from staying at the bar too long, thus encouraging the drinking of too much alcohol. They also maintain that drinking in moderation is relaxing thus it will actually help the body to counter the effects of gout and alcohol. For some reason, the jury is still out on those thoughts!

Bottom line is this.Youre a gout sufferer and you know the pain.YOU are here because you want solutions.Keep following the approach you are today, you will continue to get the results that youre getting. Theyre not good or you wouldnt be here now looking for an alternative.So, if you want to FINALLY see some improvement in your long term outlook, then you MUST go to

and look at better options.