The Brides Quilt - a Wedding Celebration 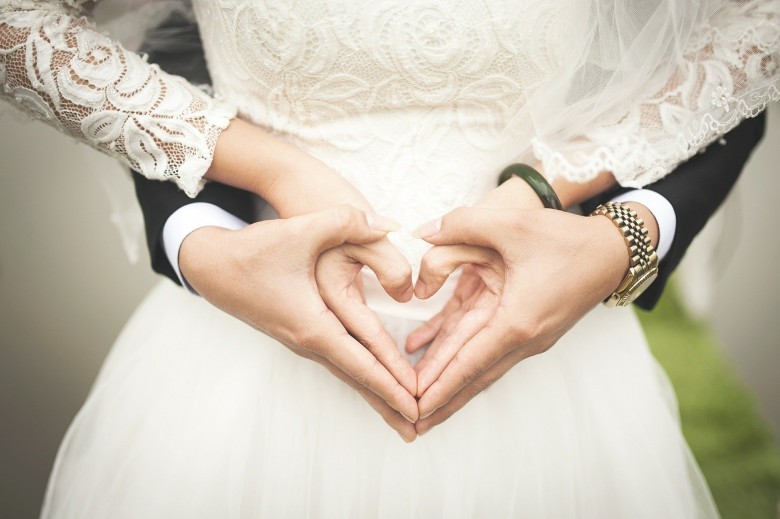 The Brides Quilt - a Wedding Celebration

The art of quilting once played a much more prominent role in the lives of young men and women. The Brides Quilt and the Freedom Quilt teach us lessons of the days gone by.

Our lifestyle today finds us purchasing a wedding gift at a local store; many people lack the time and the patience to be able to craft a meaningful gift with their own hands. It is thought that quilt making is done mostly by older women who have retired and have more time to devote to such an intense art; however, today younger women are once again enjoying the creativity of quilting. While this demographic makes up an incredibly important segment of the quilting community, too often others who enjoy the process are looked over. Worse still, many people believe that this stereotype is typical of the historical quilter.

In fact, nothing could be further from the truth. Not too long ago, quilting was considered to be an important endeavor not only for those who practiced it, but among communities in general. Creating a quilt was a skill that was attained through years of practice, and although most had the skills to create a basic design, not everyone was truly a master. Moreover, quilting was an important activity for women of all ages, and many men also recognized the value of a quilt. Quilts were commonly used to mark the coming of age of both boys and girls, as evidenced in the idea of the Brides Quilt and the Freedom Quilt.

Back in an age where many girls still brought a dowry to their weddings, quilts were an important inclusion in any hope chest. In fact, there was a certain number of quilts that needed to be included in any hope chest, ranging from ten to thirteen, according to American Patchwork Quilts by Lenice Ingram Bacon. The most important of these quilts was that made by the bride, according to her design and by her own hands.

As the bride and groom planned their first lodging, there was rarely a question that the Brides Quilt would cover their first bed. So a tradition of an engaged couple was to design a pattern for the quilt that would one day cover their marital bed. It is clear from this endeavor that men had an active role if not in the creation of the family quilt, then in the decision making process that guided it. This may come as a surprise to many in todays world of "his" and "hers"! Traditional Brides Quilts often used the symbol of love, the heart or a pattern with various hearts included. In the later half of the nineteenth century, as white became the popular color for weddings (thanks to the impracticality of Queen Victoria!), white bridal quilts also gained a lot of popularity, according to Jean Noon, writing for

If the role of a man in the Brides Quilt comes as a surprise, you might be even more shocked to learn of the concept of the Freedom Quilt. While todays historians consider the pre-industrial male to be something of a free person by right of gender, the fact is that many men lived in servitude to their parents until they came of age. On his 21st birthday, a boy was a man in the eyes of the law and thus was truly free to make his own way and to keep his own money. One way in which the celebration was marked was through the creation of the Freedom Quilt. This quilt was usually made by family or friends, especially the young mans mother, and carried heavy symbolic significance. In one spectacular case mentioned in Mrs. Bacons book, the mans quilt was made entirely of squares stitched by swooning and hopeful young ladies.

Like the Brides Quilt, the Freedom Quilt was used on the marriage bed, and usually given to the groom on the day of his marriage.

The lessons of the Brides Quilt and the Freedom Quilt show us that traditionally, quilts have had the distinction of marking important events in the lives of young people. Interestingly, both men and women took part in the quilting bees, even in the stitching, though we often think of it as a womans craft. No matter the gender, a quilt can become a family heirloom.

Jan Myers is the author of numerous articles and books on topics from organizational development and leadership to quilting. It was her love of quilting that inspired the popular online membership site for quilters known as the worlds largest quilting bee at