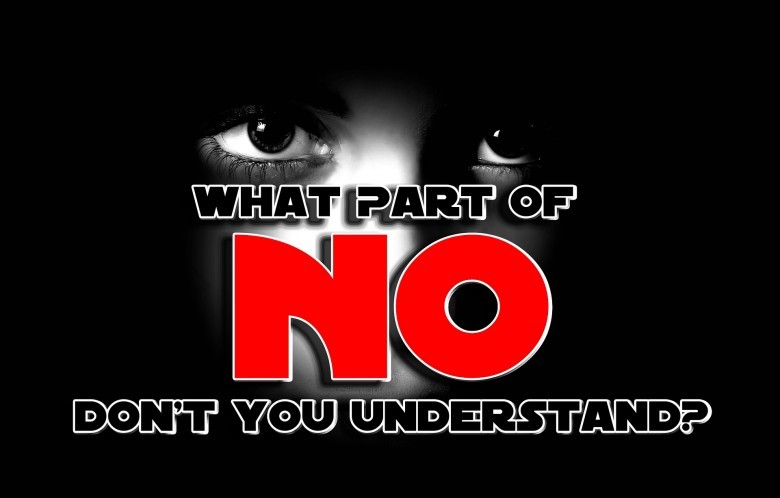 SEXUAL HARASSMENT AT WORKPLACE Each incident of sexual harassment of woman at workplace results in violation of "Gender Equality". The gender equality is includes protection from sexual harassment or abuse and right to work with dignity, which is a universally recognised basic human Right.

A number of countries like U.S., U.K., Japan, Canada, Australia, India and several European nations have laws that prohibit sexual harassment at work place. With more and more women coming out to complain about sexual harassment at the workplace, feminist groups suggest severe punishments and compensation to combat the situation.

Sexual harassment of a female at the place of work is in compatible with dignity and honour of a female and needs to be eliminated and the there can be no compromise with such violations.

Sexual harassment is a form of sex discrimination projected through unwelcome sexual advances, request for sexual favours and other verbal or physical conduct with sexual overtones whether directly or by implication, particularly when submission to or rejection of such a conduct by the female employee was capable of being used for effecting the employment of the female employee and unreasonably interfering with her work performance and had the effect of creating an intimidating or hostile working environment for her.

Any action of gesture, whether directly or by implication, aims at or has the tendency to outrange the modesty of a female employee, must fall under the general concept of the definition of sexual harassment.

The U.N.O. held that all human rights and fundamental freedoms are indivisible and interdependent; equal attention and urgent consideration should be given to the implementation, promotion and protection all human rights. The following are the principles on which the above charters were introduced:

1) All Human beings, without distinction, have been brought within the scope of human rights instruments.

2) Equality of application without distinction of race, sex, language or religion: and3) Emphasis on international co-operation for implementation. Article 1, 2 and 7 of Universal Declaration of Human Rights, 1948 deals with equal in dignity, rights & freedoms and equal protection against any discrimination. Article 1 : All human beings are born free and equal in dignity and rights.

Article 3 : The States parties to the present covenant undertake to ensure the equal right of men and women to the enjoyment of all Economic, Social and Cultural Rights set forth in the present covenant.SEXUAL HARASSMENT & SEXUAL DISCRIMINATION IN U.S. : In the United States, two major federal laws prohibit sexual harassment in employment and educational settings, which are - Title VII of the Civil Rights Act, 1964 and Title IX of the Education Act, 1972. These laws authorise federal agencies to investigate complaints of sexual harassment. They also permit victims to file law suits against employers or schools seeking to end the harassment and to obtain monetary compensation for the harm resulting from it.

Many States have also adopted laws prohibiting sexual harassment. Title VII applies to employers with 15 or more employees including State and local Governments. It also applies to employment agencies and to labour organisations, as well as to the Federal Government. Under U.S. laws, the unwelcome sexual advances, requests for sexual favours, and other verbal or physical conduct of a sexual nature constitute sexual harassment when this conduct explicitly or implicitly affects an individuals work performance, or creates an intimidating, hostile, or offensive work environment.

· The victim does not have to be of the opposite sex.

· The harasser can be the victims supervisor, an agent of the employer, a supervisor in another area, a co-worker, or a non-employee, a teacher or professor, a student, a friend or a stranger.

· The victim does not have to be the person harassed but could be anyone affected by the offensive conduct.· Unlawful sexual harassment may occur without economic injury to or discharge of the victim.

· The harassers conduct must be unwelcome.

Even, if the co-workers telling repeatedly the sexual jokes, posting pronographic photos, or making any unwelcome sexual innuendos to another co-worker is also sexual harassment. Both men and women can be harassers or victims of sexual harassment.

However, researches indicate that women are more likely to be the victims. Approximately 15,000 sexual harassment cases are brought to U.S. Equal Employment Opportunity Commission every year. Media and Governmental surveys estimate the percentage of women being sexually harassed in the U.S. workplace at 40% to 60%.

The EEOC looks at the whole record the circumstances, such as the nature of the sexual advances, and the context in which the alleged incidents occurred. A determination on the allegations is made from the facts on a case-by-case basis. Bernes Vs. Train (1974) is commonly viewed as the first sexual harassment case in America, even though the term sexual harassment was not used. In 1976, Williams Vs.

In 1986, in the case of Michalle Vinson Vs. Merit One Saving Bank, the Supreme Court first recognised sexual harassment as a violation of Title VII, established the standards for analysing whether the conduct was welcome and levels of employer liability.

Amendments to Civil Rights Act in 1991, added the provisions to Title VII protecting including expanding the rights of women to sue and collect compensatory damages for sexual discrimination or harassment.SEXUAL HARASSMENT IN INDIA : A Public Interest Litigation (PIL) filed before Supreme Court of India, seeking gender justice for protection and enforcement of fundamental and human rights of working women.

The PIL was mainly filed for the enforcement of fundamental rights of working women under Articles 14, 19 and 21 of the Constitution of India. It was a class action by certain social activists and NGOs with the aim of assisting in finding suitable methods for realisation of the true concept of gender equality and to prevent sexual harassment of working women in all workplaces through judicial process and to fill vacuum in existing legislation.

The Supreme Court of India in 1997 held that the working women have rights to gender equality, to work with dignity and to a working environment safe and protected from sexual harassment or abuse. Accordingly, the Supreme Court issued guidelines and norms for protection and enforcement of rights of the women at their workplaces.

Further, the Supreme Court held that these guidelines and norms must be strictly observed in all working places by treating them as law declared under Article 141 of Constitution of India (The law declared by the Supreme Court shall be binding on all courts within the territory of India). Sections 354 and 509 of Indian Penal Code, 1860 deals with assault or criminal force to woman with intent to outrage her modesty and the word, gesture or act intended to insult the modesty of a woman.

If there is any violations on women with regard to her modesty, the above sections will strictly apply and criminal proceedings will follow immediately on a complaint made to a nearest police station.

The offences under section 509 are cognizable and are non-bailable.Sec.354: Assault or criminal force to woman with intent to outrage her modesty. – Whoever assaults or uses criminal force to any woman, intending to outrage or knowing it to be likely that he will thereby outrage her modesty, shall be punished with imprisonment of either description for a term which may be extend to two years or with fine, or with both. Sec. 509 : Word, gesture or act intended to insult the modesty of a woman. – Whoever, intending to insult the modesty of any woman, utters any word, makes any sound or gesture, or exhibits any object, intending that such word or sound shall be heard, or that such gesture or object shall be seen, by such woman, or intrudes upon the privacy of such woman, shall be punished with simple imprisonment for a term which may extend to one year; or with fine, or with both.

Apart from this, if a woman faces any kind of sexual harassment at workplace can directly make a complaint to the State Women Commissions or National Commission for Women.

The Women Commission will follow-up the complaints, informs to concern police stations to initiate criminal proceedings and directs the employer to conduct an enquiry and recommend to suspend the concerned harasser with an immediate effect pending enquiry. The victim of sexual harassment can claim damages/compensation on concerned harasser by way of filing a civil suit under civil jurisdiction.

The case is about a woman employee of Apparel Export Promotion Council, who worked as the private secretary to A.K. Chopra, the Chairman of the company. She complained to the Personnel Director that the chairman was sexually harassing her. Despite her repeated protests, he was making sexual advances by trying to touch her and sit close to her. The company, immediately suspended him and ordered a departmental enquiry.

By shocking with the verdict, the company filed appeal before the same High Court which was heard by Division Bench (two member Bench). Interestingly, the Division Bench agreed with the findings of single judge and reiterated that the chairman not actually molested the female employee.

As against the Judgment, the company once again filed an appeal in the Supreme Court. One of the issues that was deliberated at length by this court was " whether physical contact with the woman was an essential ingredient of a charge of sexual harassment ".

The Supreme Court while setting aside the High Court and upholding the dismissal of chairman held that:a) The attempts by the superior to sit close to the female employee and touch her, though unsuccessful, would amount to sexual harassment.

The behaviour of the superior did not cease to be outrageous in the absence of an actual assault by the superior.b) In the context of a female employee the sexual harassment at the work place is a form of sex discrimination which any be projected through unwelcome sexual advances, request for sexual favours and other verbal or physical conduct with sexual overtones, whether directly or by implication.

This would be particularly so when submission or rejection of such conduct by the female employee could be used to affect her employment by unreasonably interfering with her work performance thereby, creating a hostile working atmosphere for her.c) Where the conduct of a superior towards his junior female employee was wholly against moral sanctions and was offensive to her modesty, any lenient action would demoralise working women.

Therefore, the punishment of dismissal from service was commensurate with the gravity of the superiors behaviour.d) Each incident of sexual harassment at workplace violates the fundamental right to gender equality and the right to life and liberty guaranteed by the constitution of India.

The fundamental right in a the Constitution cover all facts of gender equality including prevention of sexual harassment and abuse. The courts are under a constitutional obligation to protect and preserve those rights.e) International instruments like Convention on Prevention of All forms of Discrimination Against Women, Beijing Declaration on Women and International Covenant on Economic, Social and Cultural Rights cast an obligation on the Indian Government to senitise its laws.

The courts are under an obligation to see that this message is accepted and followed. K.V.RAMANA MURTHYramanamurty9967@yahoo.co.in