How to Know When Your Boyfriend isnt Committed to the Relationship 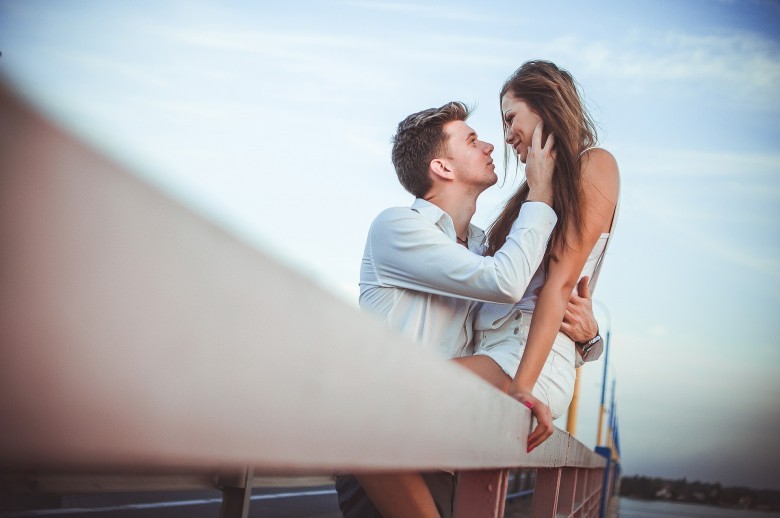 How to Know When Your Boyfriend isnt Committed to the Relationship

Is your so-called boyfriend making plans left, right and centre - without inviting you or even telling you he is going somewhere? Does he flinch every time you mention marriage, kids or any other future plans? Or did you find a lacy red g-string under his bed, and shortly after realised that it didnt belong to you? Girls, its time to face the facts! Hes just not that into you, and the sooner you dump him - the better off youll be. By reading through these pretty obvious signs, teaching you how to know when your boyfriend isnt committed to the relationship, you might find yourself highly enlightened and perhaps even single by the end of the day...

1 - He never uses those three magic words
If your boyfriend hasnt said "I love you" after you have been seeing each other for a whole year, but you have said it to him on several occasions, he is just not committed to the relationship at all. A boyfriend who really, truly loves you will tell you this - over and over again! So dont accept excuses from him when he says hes not very good at expressing his feelings. And dont accept a "ditto" either. Because the truth is that if he, after a year, hasnt been man enough to actually say those three magic words, he might never do so at all.

2 - He lacks enthusiasm when it comes to making future plans
When your boyfriend cringes or ignores you completely every time you talk about your future - whether its about marriage, having children or moving in together - you should know that hes just not that into you. He simply doesnt see a future with you, and is not interested in discussing it. If he really loves you, he will be more than happy to talk about your future - as this is something he is looking forward to and is enthusiastic about planning.

3 - He only wants parts of you in your relationship
If your boyfriend doesnt want to have sex with you, but just likes having you around to chat to and get advice from, chances are hes just wanting your friendship. If its the other way around - where all he wants is to get you into bed, but he asks you to leave afterwards, and never chats to you or shows you affection - chances are hes not interested in sharing a future with you. Unless he loves all parts of you and your relationship just as much, he is just not committed to the relationship at all.

4 - He doesnt introduce you to his family
After going out with your boyfriend for a few months you should have had the opportunity to meet most of his close friends. If hes committed to a relationship with you, hell want to show the world how he feels about you and how happy he is to be with you. And by now you should also be introduced to his family. If he tends to keep his life with you and his life with his family separate, this is not a good sign. And if by the end of a year together you still havent been introduced to his parents, he is just not proper boyfriend material. So unless hes got a really good reason for not showing you off -dump him and forget about him as soon as possible.

5 - He cheats on you
Although some men have the ability to cheat but still love you dearly, your boyfriend is just not 100% committed to the relationship if he has to be with another woman while he is seeing you. He is simply not worth your time or your tears! Flirting with someone in front of you is also a sign he is not committed to you, as this shows he has no respect for you at all. So girls, if you discover an unknown lacy red g-string under his bed, or if you find out in any other way that he is having it off with someone else behind your back, leave him straight away and never look back.

6 - He selfishly excludes you from his life
If your boyfriend keeps making plans with his friends - whether its going on a holiday or meeting up at the local pub - without inviting you or even telling you about it, hes not committed to the relationship he is supposed to be having with you. The same can be said if he constantly makes plans that you simply have to fit in with should you want to see him. This means he is not willing to compromise or sacrifice anything to be with you, and is simply unacceptable. Also watch out for the boyfriend that always wants you to come over to his house, but never visits you. Although selfishness is ok every now and then, its not ok 27-7, because any relationship is about giving and taking. From both sides, that is! Not you giving and him always taking.

7 - He takes you for granted
When you see your boyfriend less and less, and when you stop receiving phone calls, smss and simple words of appreciation, youll know he has started to take you for granted. When he starts complaining about not having any clean underwear in his draw or being sick of ham and cheese on his lunch sandwiches, you should know its about time to chuck him out and forget about him. A man who only takes and doesnt give back is just not committed to the relationship, and youre better off without him. If he doesnt make you feel special, hes just not that into you.

If you are noticing and experiencing a few of these signs, or even just one of them, know your boyfriend isnt committed to the relationship he is supposed to be having with you. The sooner you escape the better, because he is not going to change. So dump him and start embracing your single status again - by going out with your girlfriends to dance the night away. Have fun!