hit by an uninsured motorist, my Texas car crash tale. 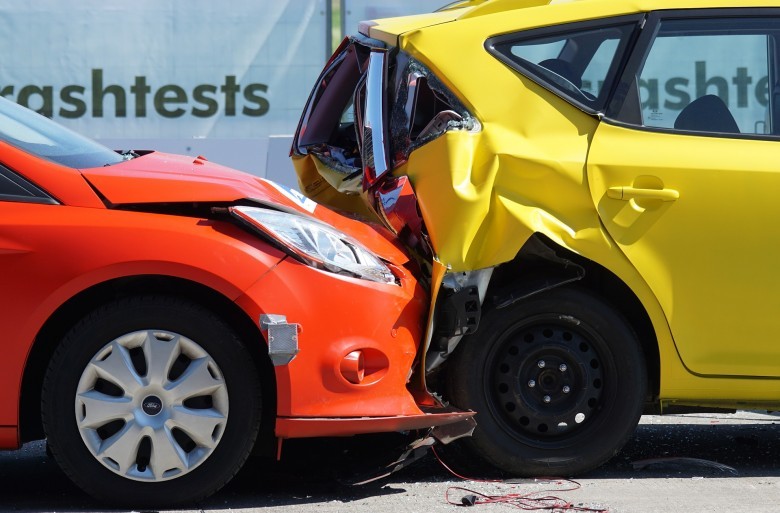 hit by an uninsured motorist, my Texas car crash tale.

For several years I have been aware that there are some flaws in the way the great State of Texas deals with several rather important issues like illegal aliens, car insurance and Police complacency but over the course of the last four years I have been lucky enough to not encounter this flawed system directly.

Several years ago my wife was involved in a minor accident with an uninsured motorist, and when it was all said and done we to pay the repair bills while the other driver drove away into the sunset, care free.

That incident left me pretty annoyed but on Friday the 11th I had my own little car crash that even though I was not at fault, I will once again have to cover the bill. Needless to say, I am absolutely raving mad and absolutely positive that the Texas law system is a joke.

It was about 7 PM and my family had volunteered me to go collect dinner from a nearby restaurant. The order was fairly large so my father and father-in-law accompanied me and I drove in my retired fathers 2004 Ford Escape.

We collected the order and headed home, and everything was incident free and I made the last turn onto the road directly in front of my condo. The road is wide but is only one lane in each direction and since I only had to go about 150 yards to my gate we were traveling pretty slowly, probably about 10 miles an hour.

He pulled over and looked like he was contemplating driving away so I pulled our car in front of his to block his escape. After about ten seconds a little Mexican man emerged from his beat up old Nissan Sentra, looking a bit confused as to what the commotion was about. After standing around for a minute or two he gathered up his stuff from inside his car and started walking up the road like nothing had happened, so while I called 911 my father rounded him up and made him sit near his car.

After another minute or two he got up and had a quick look at the damage on our car and then proceeded to run away as fast as he could. My father-in-law, who is an ex-policeman gave chase, closely followed by me and after a couple hundred yards we cornered him and without physically abusing him made him return to the crash site. All he could say in English was "To much People, to much people…"

After about ten minutes two carloads of Dallas Police showed up and started having a look around. They examined the fluids that gushed from under our car, they interviewed the other driver and eventually interviewed me. When I told them that the guy had run away they indicated that we could get in trouble for chasing and forcing him to return to the scene, which is absurd. They said that it was irrelevant that he had run away because he was at the scene now and promised to perform a field sobriety on him because he smelt like an old beer hall.

They explained that they would not be filling in any paperwork since it was a civil issue and it was not against the law to have an accident and that my recourse was to file a claim against his insurance…if he had any.

Well it turns out that he had no drivers license, no car insurance and no ID papers, but he gave the police his name and an address that he apparently lives at. They did not verify any of the information and did not check if the car was stolen or if he was a wanted man. They were nice enough to call a wrecker for me but once he showed up the police and the other driver drove their separate ways.

So, yes I am a bit annoyed at the system. As far as I know it is illegal to drive without car insurance in Texas. No sobriety test was performed. He had no official form of ID, no drivers license and no background checks were performed to see if he was who he said he was or if he is an ax murderer. He was given two citations, which the three police acknowledge he will not pay because his information is probably false and within a day he will have disappeared into the woodwork like most illegal aliens do.

My car insurance card says plain as day "all drivers in Texas must carry liability insurance on their vehicles or otherwise meet legal requirements for financial responsibility. Failure to do so could result in fines up to $1,000, suspension of your drivers license and motor vehicle registration, and impoundment of your vehicle for up to 180 days (at a cost of $15 per day)."

Well the Dallas police chose to ignored this and let this guy drive off in his car leaving me with no method of ensuring payment and at least a thousand dollars in damages to the car. My insurance excess is $500 so I probably will not be putting this claim through my insurance company, as they will simply increase my premiums as quickly as they can.