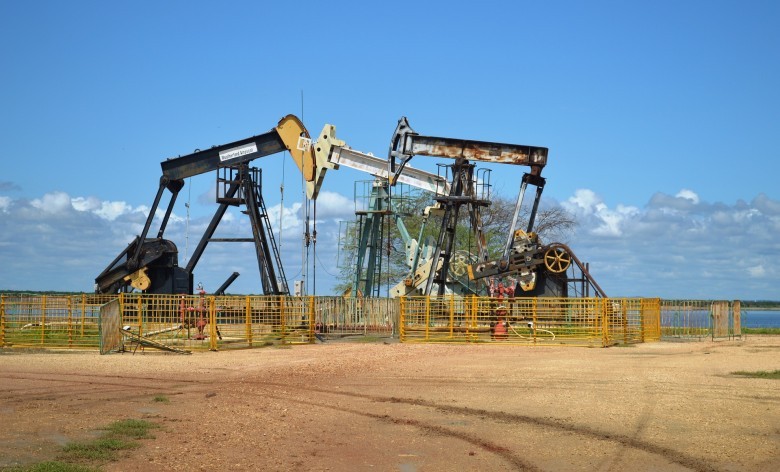 Everyone knows that Americans rely heavily on fossil fuels. Much of our electricity is generated by the burning of coal. Furthermore, you probably cook your dinner on a natural gas range, and you pump gasoline into your cars fuel tank every couple days.

What you might not know are some of the different ways these raw materials are extracted from the Earth.Before you can extract the fossil fuel, of course, you need to figure out where it is. Finding petroleum and natural gas is still an evolving science. Most of the "easy-to-find" oil and gas deposits are already being extracted, so geologists are always on the look for new ones. For example, scientists find off-shore petroleum deposits by bouncing sound waves off of the bottom of the ocean to get an image of the density of the rock, letting them know where to drill.Here are some of the ways fossil fuels are extracted so they can be used to keep your lights on and heat your burgers at summertime picnics.

Petroleum (Oil)Youve undoubtedly seen the old-fashioned movies and TV shows where a lucky oil man pokes a stick in the ground and a big oil gusher sprays into the air. This doesnt happen often, but when it does, its a problem.

Gushers are not only environmentally dangerous, but they waste the oil that drilling companies are trying to extract. Instead, oil drillers use a network of pipes and valves to regulate the pressure of a new well as much as possible.When people think "oil drilling," they often think about derricks bobbing up and down on the hot terrain. These kinds of pumps are used to extract petroleum from smaller reservoirs under little pressure. For big, valuable oil fields, companies must use a faster, more thorough way of pulling out the thick liquid. By pumping water or gas into an oil field, the petroleum will be displaced, rising to the surface.

When the pressure is high enough on the underground petroleum, it will be channeled into a pipeline and sent on its way to a refinery. Gas and water injection drilling techniques allow oil companies to get as much petroleum as possible from a well; every barrel left under the surface is a wasted opportunity.Land-based oil drills are only part of the story. Many drilling stations are located off-shore, either floating or anchored to the bottom of the ocean. The people who work on these platforms have a difficult job.

Not only must they monitor the complicated machinery that pumps petroleum into barges, but they must contend with the elements. Underwater currents are powerful enough to compromise even the strongest drilling equipment and severe storms pose a huge threat to the hard-working men and women on the oceans surface.Natural GasNatural gas deposits can sometimes be found layered on top of petroleum deposits. This makes sense because the two fuels are sometimes formed together. The natural gas is captured by drilling holes and inserting pipes into known deposits. After being transported, the gas is fed into municipal and industrial distribution systems.

As natural gas sometimes accompanies petroleum, oil drillers sometimes get rid of unwanted gas with a technique called "flaring." The excess gas is actually burned just to get it out of the way. While this isnt the worlds biggest energy-related problem, its somewhat surprising that approximately 5.3 trillion cubic feet of natural gas are wasted in this manner every year. (When natural gas is burned, of course, carbon dioxide is released into the air.) Thankfully, flaring is used less frequently in the United States than in many other countries.

CoalThere are two ways to remove coal from the earth: surface mining and underground mining. Surface mining techniques are employed when the coal is buried less than 20 feet below the surface. As the cheaper alternative, surface mining is more desirable. Earth-moving machines remove the topsoil and all of the other rock covering the coal. Once exposed, those same machines break up the coal seam and remove the pieces.

Once all of the coal is gone, the land can be converted for other uses such as a park, farmland or just about anything else.Underground mining is a little bit more complicated. When the coal is buried much further below the surface (between 200 and 1,000 feet), miners dig several shafts into the ground. Some of the shafts hold elevators the miners use to get to the coal, while others serve as vents to make sure the miners have breathable air.

Once lowered into the shaft, miners use hand and power tools to break the coal seam into manageable pieces that are then carried to the surface on tracks. While underground mining has its risks, the United States Government maintains safety standards that protect miners while ensuring the country has the coal it needs.

Although its not easy to bring coal, natural gas and petroleum to the surface, its definitely a necessity. Fortunately for us, technology has risen to the task, ensuring that we have the energy that powers our civilization. Click here to read the rest of