Can I use Biodiesel in my diesel car?

Chris Pointon
posted on 2020 years ago
—
updated on 5 months ago
35
views
News
8 min read
Can I use Biodiesel in my diesel car? 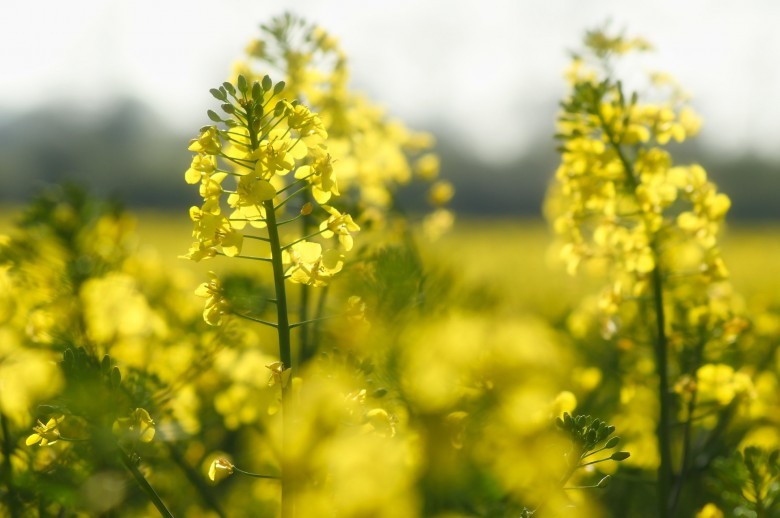 Can I use Biodiesel in my diesel car?

As such well made biodiesel carries little or no risks of damaging vehicle fuel systems - where it is made to a high standard and used correctly!.Biodiesel is often made from used vegetable oil, usually rapeseed oil or similar which has previously been used for cooking - usually in fastfood outlets or other eateries. In most cases biodiesel where made from used oil DOES NOT contribute to taking rapeseed oil from out of the foodchain, or lead to world poverty it is simply a waste product which is being turned into a useful, more environmentally friendly fuel to power diesel engines, and would otherwise be poured away into drains and may actually clog up the sewerage system.

Although there is not enough waste vegetable oil to power every diesel engine in the world, there is still a great deal being disposed of everyday!.Biodiesel is converted from used oil by a process called transesterfication. This is where the fatty deposits are removed from the oil using a mixture of gentle heating and certain chemicals such as pure methanol.

These chemicals react with the veg oil and result in the fatty deposits dropping out of the mixture as glycerine - a by-product which in itself can be used to make soap!.The resulting biodiesel is then washed to remove all traces of the soaps, and filtered down to 1 micron to remove all of the glycerine and the chemicals which were added to the oil during the process. This results in clean, pure filtered biodiesel which is similar in texture and fluid thickness as regular forecourt diesel.

This is the point where the simularity to veg oil ends, prior to being processed vegetable oil is far thicker & gloopy and can in its raw unprocessed form, cause clogging to fuel pumps, restrict injector spray patterns and can cause serious damage to the common rail injection systems used in most modern CDIs, HDIs and TDCI fuel systems.

For this reason vegetable oil, SHOULD NOT be poured directly into any fuel system where the engine is a high pressure common rail type - as the results can be very expensive!In comparison, properly made biodiesel can be used in the majority of diesel engines without any modifications or any fear that damage will result to the fuel or injection system.

So why dont the manufacturers approve the use of Biodiesel in my car??Really only the manufacturers can answer this question, but they probably wont!. Suffice to say that until around 2004 the VAG group (which includes SEAT, VW, AUDI & SKODA) approved RME (Biodiesel) at upto 100% use in their European manufactured diesel engined vehicles, rumour has it that some SKODA cars are still warranted to run on biodiesel as late as 2006!.My own personal belief, is that there is so many quality variations of biodiesel (and some very poorly made biodiesel out there) that the manufacturers simply do not want to take the risk of approving an alternative fuel where there is little quality control and no standards testing routinely implemented.

Also given that there is still much confusion amongst the motorist as to veg oil and biodiesel, would you want to take the risk of approving the use of and seen to be encouraging the use of a fuel, which could easily be confused, and result in the diesel car owner pouring the contents of their fryer directly into their cars??.If you also consider the amount of money and time which would have to be spent by the manufacturers in simulating an engine and fuel system for a lifetimes worth of use whilst using varying qualities biodiesel, you can possibly see why they perfer to err on the side of caution and simply not approve nor encourage biodiesel to be used in their vehicles to avoid confusion, misunderstandings and perhaps many expensive warranty claims as a result.

When you also take into account that biodiesel is perhaps not as much in demand as the latest safety or comfort refinements, nor as attractive a selling point, then maybe why this is another reason why Biodiesel is not actively approved nor acknowledged. After all, only a very small percentage of diesel car owners possibly even want to run their cars on bio diesel and so its simply not worth the testing or R&D investment required.Just because your vehicle is not approved for biodiesel use, doesnt mean that it wont run trouble free on biodiesel!, I run a common rail car on biodiesel and the handbook clearly states that it is not biodiesel approved.

However I have done over 12k trouble free miles so far with no issues, although I freely accept the risks and financial implications *IF* problems occur in the future, but then again this goes for any aftermarket modification which is not manufacturer approved, which can include superchips, tuning boxes and various other custom additions!.For this reason, running a new vehicle which is still under the manufacturers warranty on biodiesel is probably not a good idea, or if you choose to do so at least make sure that the fuel tank is full of diesel whenever you take it in for servicing or warranty work!. Having the fact that your car is full of biodiesel noted may come back to haunt you if you ever need to cliam under warranty, even if the claim is not fuel related!.

Okay, im convinced!, so how do I run my car on biodiesel!! Its simple really!, just fill up your tank with bio diesel instead of diesel and drive as you would normally do! - saving some money in the process. It really is that simple!.However, if your car has never been run on biodiesel before, it is a good idea to start introducing it on a gradual basis. First start by adding about 25% biodiesel to 75% regular pump diesel - then try a 50 / 50 fill, and then move to 75% biodiesel to 25% regular diesel.

At this point if everything is okay, then during the summer months you can move onto 100% biodiesel.However, during the winter months, you should never run your vehicle on 100% biodiesel. This is because biodiesel made from rapeseed oil can gel at low temperatures (approx -5c) and wax within your fuel system. Running roughly at 60% biodiesel to 40% diesel during even the colder months, can prevent most problems, as regular pump diesel is winterized and the ant-gel agent in this prevents the bio from waxing

.Biodiesel is also an excellent solvent, and it will clean out your fuel system, fuel lines, injectors and fuel tank - although this is not a bad thing, especially on high mileage cars. However it does mean that all of the gunk which has been shifted now gets deposited into the fuel filter and this may clog over a short period of time, and create rough running or a performance drop.This is often where the scare stories and scaremongering over biodiesel begins, and people wrongly mistake a simple fuel filter blockage as being engine damage or the fact that their car doesnt like biodiesel. If you experience lack of acceleration or poor running after around 300 - 1000 miles of biodiesel use, then more often that not it only requires a fuel filter change!. Once the gunk has been removed, you only need to change the fuel filter at the usual intervals, and its very rare to get subsequent filter blockages after the initial change over to biodiesel!.

So there must be some downsides to using Biodiesel?Well this wouldnt be an informative article or of any real use, if we didnt highlight the negatives as well as the positives!.Firstly, its not advisable to use biodiesel in cars which were manufactured before 1992, unless the rubber pipes and fuel components have been replaced with newer ones. Rubber reacts to biodiesel and can shrink causing fuel leaks, and other problems around pump seals. There are also some reports of this also occuring around the pump seals used in pre 2006 manufactured Peugoet Hdi engined cars, which are available in Europe and Australia, so owners of these vehicles may want to consider a lower ratio of biodiesel, or perhaps avoid biodiesel in concentrations above 5%.100% biodiesel use should also be avoided in newer vehicles with DPF (Particulate filters) fitted.

This is because biodiesel is rumoured to react with the chemical cleaning additive which is injected into the fuel system at intervals by the ECU. However it is still possible to run at around 50% blends of biodiesel in these vehicles without adverse effects, but please note the possible risks.Some vehicles may experience a slight improvement in MPG figures when on bio, some engines may return exactly the same on biodiesel as they do with regular diesel, but some engines occasionally do get slightly lower figures on 75 - 100% blends of biodiesel than they do on regular diesel, and this should be factored in when comparing prices of fuel etc. It really is hit and miss, but a +/- figure of roughly 4 - 5 mpg difference is common, it also depends on how a vehicle is driven, the quality of biodiesel and the oil used to make it. In general biodiesel contains less energy than regular diesel fuel, and so a small negative difference in MPG should perhaps be anticipated.

If you do suffer a negative loss in MPG or a slight loss of power / acceleration it is worth adding a small amount of additive such as Millers Powerplus 4 (Uk and Europe) or Stanadyne (U.S Market) into the biodiesel, this often returns MPG values to previous figures. On older cars, you can also add 50ml of pure acetone to each tankful of biodiesel, there is much publicity as to the benefits of acetone in fuel, and I have had quite favourable results in adding acetone to biodiesel in a VW TDI engine - however it should be avoided in vehicles under warranty or common rail engines!.Biodiesel cannot be used in 100% blends during the colder winter months for risk of gelling or waxing in the tank.

During the winter, no more than 60% blends of biodiesel should be used when the temperture is likely to drop below freezing!.Most diesel owners find that their car runs much better and smoother when on biodiesel, however there are some exceptions and so when trying something new, it should be accepted that any damage which results is entirely at the risk of the owner.A wide variety of Biodiesel equipment and chemicals can be purchased from the many suppliers listed at http://www.make-biodiesel.co.uk ( UK Vistors) and also http://usa.biodieselreactor.org/ (U.S Visitors)