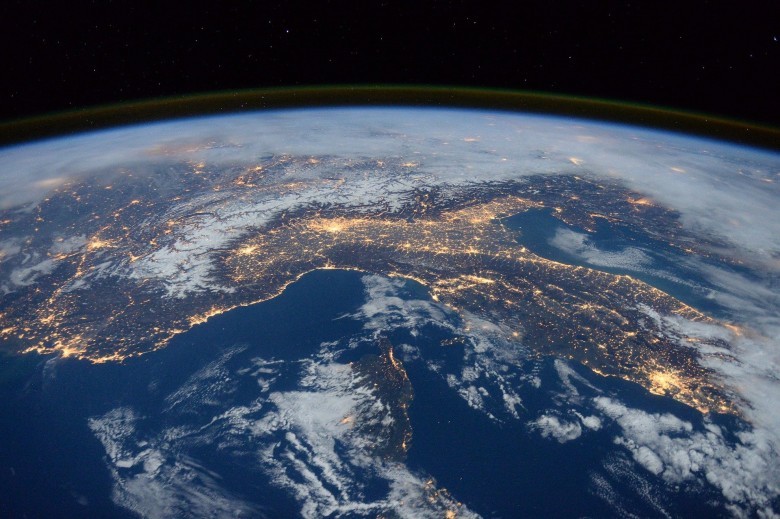 In troposphere under normal conditions the air pressure water vapor pressure and temperature reduces with the increase of height above earth. As a result of this the refractive index also reduces with the increase of height. In standard atmosphere the modified refractive index M increases linearly with the increase of height. Under abnormal meteorological conditions particularly under water, variation of dielectric constant of the troposphere with height departs considerably from the standard condition. Thus under certain special conditions the dielectric constant may not decrease at all with height or may even increase with height resulting in the radio wave following the straight line path or curving away from the earth respectively. This results in reduction of the distance to the horizon. Under another type of abnormal conditions the variation of refractive index with height may be much higher than the normal in the region close to the earth. Such abnormal conditions may result when dry air flows from land out over cooler water. Evaporation of moisture from water into the lower layers of air cools the air. Thus the lower layer is cool and rich in moisture while the upper layer is warm and contains less moisture.

Thus as the height increases there results increased moisture lapse rate and a temperature inversion that is a rapid increase in temperature instead of reduction. Thus there results rapid decrease in dielectric constant as the wave travels upwards. Typical result of such an abnormal condition is it cause the path of the rays traveling close to the surface of the earth to be bent as much or even more than the curvature of the earth while the rays at greater height are bent less. When the frequency is sufficiently high the region where the variation of refractive index is usually great actually traps energy and causes it to travel along the earths surface much as though in a waveguide. This special refraction the electromagnetic wave is called super refraction and the propagation utilizing this super refraction is called duct propagation. The duct propagation may increase the range of space wave communication two or three times the normal line of sight range. Duct propagation becomes possible only at frequencies above one thousand mega hertz. The duct is the region between the upper minimum of the M curve and either the ground or the point where the vertical projection from the upper minimum intersects the M curve.

When the curve has a negative slope the curvature of the ray is concave downward on a plane earth diagram and the true curvature of the rays is greater than the curvature of the earth. Hence rays which enter the duct with sufficiently small angles are bent until they become horizontal and then are turned downwards.
--
Tymon Hytem has worked in the electronics field for the past 15 years. He enjoys helping people decide on electronic gadgets from telephones to XM Radio and choosing the perfect XM Satellite Radio system for their needs.