Drinking water to improve your health.

Mike Jozefiak
posted on 2022 years ago
—
updated on 2 years ago
185
views
News
6 min read
Drinking water to improve your health. 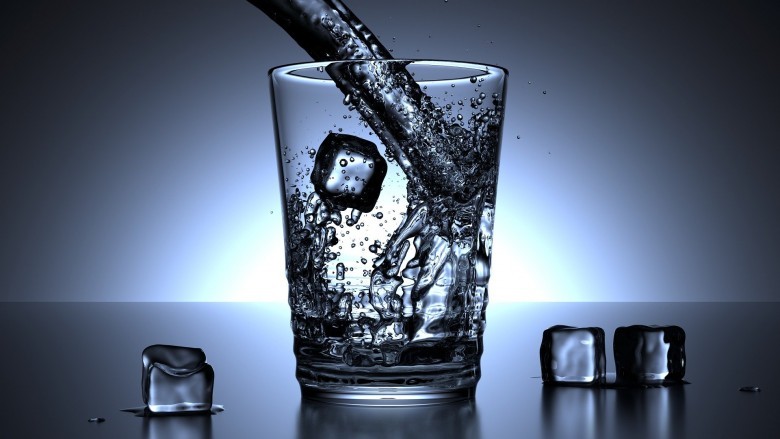 Drinking water to improve your health.

Is it possible to improve your health by simply drinking more water? What are the health benefits of drinking water ? To many people, this may seem a simplistic answer to a complex question: How can doing something so simple produce such noticable & quick results? Surely there must be some deep scientific & comlex way to improving health. The body, after all, is a very complex organism and scientists and health professionals have, over the centuries, espoused numerous ways of improving health, from specially fomulated foods & diets to drugs designed to fight obesity and reduce fat etc.

What seems to have been largely ignored, until recent times, is that by merely increasing our water intake, a noticeable improvement can be made to peoples mental & physical well-being.A simple experiment at a school in the north of England has shown improved behaviour of its pupils by encouraging them to drink water instead of carbonated drinks full of sugar. They installed water fountains dispensing free chilled drinking water in the canteens and staffroom of the 700 pupil school. Below is an extract from the findings:" Remarkable Results from drinking Water Trial"In less than 2 weeks from installation the atmosphere changed Pupils were calmer in the corridors, and there was less "up the wall behaviour" at the end of the day.

Concentration and the ability to learn improved Drinking water regularly keeps the brain active Drinking water re-hydrates the brain rather than dehydrating it like carbonated soft drinks & caffeine (tea/coffee) There was resistance at first, but now they happily drink water everyday and derive huge benefits.Dehydration.This word often conjours up an image of someone crawling in the desert, hovering vultures, with a shimmering mirage of an oasis on the distant horizon; but in reality, most of us are "dehydrated" to some degree. You dont have to live in desert conditions to feel the effects of dehydration.

Medical opinion differs on what percentage of water loss constitutes dehydration but research has shown that the body loses water from different parts at different rates e.g. the body cells (the basic building block of the body and its powerhouse, the Mytochondrion) lose around 66% water, 26% from extracellular fluid and only 8% from blood tissue (see 1) below). As the internal cell structure loses the most water, this consequently has the most drastic effect on our health, causing reduced imunity to disease, lethargy, constipation, increased blood pressure as the bodys drought management programs try to force more water into the cells. Other symptoms are increased likelyhood of kidney & urinary tract infections. The brain too, being 85% water, cannot tolerate even a 5% level of dehydration without impaired function. It is better to let the body get rid of a slight excess of water than to suffer the effects of a shortfall and have it ration and allocate water to vital organs of the body to the detriment of non-vital functions.

Childrens Health.Children are more suceptible to dehydration, having a lower body mass than adults and as they generally tend to exercise more in the school playgrounds etc. than adults, consequently, they lose more water. Enlightened teachers are increasingly concerned about the proliferation of soft drink vending machines in schools and are starting to have them replaced by water dispensers. Dr. Trevor Brocklebank of Leeds University medical school states that children who drank little or no water at school are likely to have kidney or urinary tract infections.

He said, "I found that 50% of school children drank no water at school. Its desperately important that they start drinking more water." Schools that are aware of this problem now tend to encourage pupils to take a bottle of water into classes and to drink as often as they like. The BBC has information concerning the positive effects of encouraging children to drink more water, around 1.75 lt per day for a 10 year old. One study reported by the Mail (May 10th 2005) sites a week-long study involving 45 children, aged 11-14, who were split into two groups. Half drank only filtered water, while the other half drank their usual soft or caffeinated drinks. After a week, the water drinkers reported better than normal concentration levels, from 9% before the experiment to 82% at the end, a ninefold increase. They also reported feeling more energetic, alert and exhibited calmer behaviour.

Of the other half, who drank their usual fizzy drinks, or nothing, half said they felt less alert than at the start of the study and only 5% said they felt alert at the end of the day. How much teaching time is wasted in our schools due to unresponsive or unattentive pupils? General Health.Not so long ago it was thought, and taught at medical schools, that water was merely a carrier of nutrients, and had no metabolic role in bodily functions. This has now been proved not to be the case. For those interested in further research I can recommend the excellent work done by Dr. F. Batmanghelidj (Batmanghelidj F. M.D.

Your Bodys Many Cries for Water; Global Health Solutions, Inc) See 1) at the bottom of the page.Bad breath is a classic sign that you need to boost your water intake. Saliva helps cleanse the teeth of bacteria and keeps the tongue hydrated. Lack of water dries the mouth, leads to furry tongue and prevents bacteria from being washed away, all of which can cause halitosis. When you have had a little too much alcohol the night before, you will have noticed a furry tongue the next day - a classic sign of dehydration. Alas, Hair-of-the-Dog will only delay the final reckoning! Alcohol depletes or prevents efficient absorbtion of just about every vitamin & mineral too so, if you must drink, it is highly recommended that you take a good quality organic vitamin & mineral supplement afterwards, along with plenty of filtered water. Be a Filter - or Buy a Filter!Our tap water is safe to drink....well, up to a point.

The Daily Telegraph reported in Aug. 2004 that the Environment Agency had found Prozac in drinking water. At least it would have a soothing effect on us while we read our high water bills!Who likes the taste of chlorine with their tea or coffee? Have you also ever noticed a "TCP" taste with your cup of tea/coffee? This is probably due to the close proximity of a washing machine connected close to the kitchen sink and Phenol from the rubber hose being "sucked" back while the cold water tap is filling your kettle! In East Anglia, where I live, my cat would not drink tap water until I fitted an activated compressed carbon block filter unit, with UV light, to the cold tap. Animals seem to be more discerning than us humans! Chlorine depletes a very important anti-oxidant vitamin E from the body, increasing the risk of cell damage by free radicals.

Chlorine also reacts with organic matter in water to produce Trihalomethanes, such a chloroform, which is a cancer causing chemical (see 5) below). The Environment Agency provide a water quality testing service that can check for organic/non-organic contaminents, minerals & metals and anything else that might find its way into our water; maybe the fact that they have these testing procedures shows just what can be found in our tap water!The Canadian Government has some interesting findings about the toxic effects of chlorine - see ref 6)Then there is the long running controversy concerning the benefits, or otherwise, of adding fluoride to our water. Some researchers say it does more harm than good. Further information concerning reports by Bassin, and Cohn and their findings of increased bone cancer in young boys (see references 2 & 3 below) can be found at the link below. CONCLUSIONSMost of the evidence on the bodys requirements for water and how damaging just slight dehydration can be are pretty conclusive.

If you are still not convinced that you need to drink about 2 lts of filtered water daily, then please examine all the evidence available on the Web; I have yet to see anyone extoling the virtues of drinking LESS water! You can replace a depleted filter but you cant replace yourself!References:-1) Batmanghelidj F. M.D. Pain: A Need For Paradigm Change; Anticancer Research, Vol. 7, No. 5 B, PP. 971-990, Sept.- Oct. 1987; full article posted on www.watercure.com 2). Bassin EB. (2001). Association Between Fluoride in Drinking Water During Growth and Development and the Incidence of Ostosarcoma for Children and Adolescents. Doctoral Thesis, Harvard School of Dental Medicine3). Cohn PD. (1992). A Brief Report On The Association Of Drinking Water Fluoridation And The Incidence of Osteosarcoma Among Young Males.