What Are The Top Three Sanskrit Tattoo Designs?

Calvin
posted on 2023 years ago
—
updated on 3 years ago
1,627
views
Fashion News
3 min read
What Are The Top Three Sanskrit Tattoo Designs? 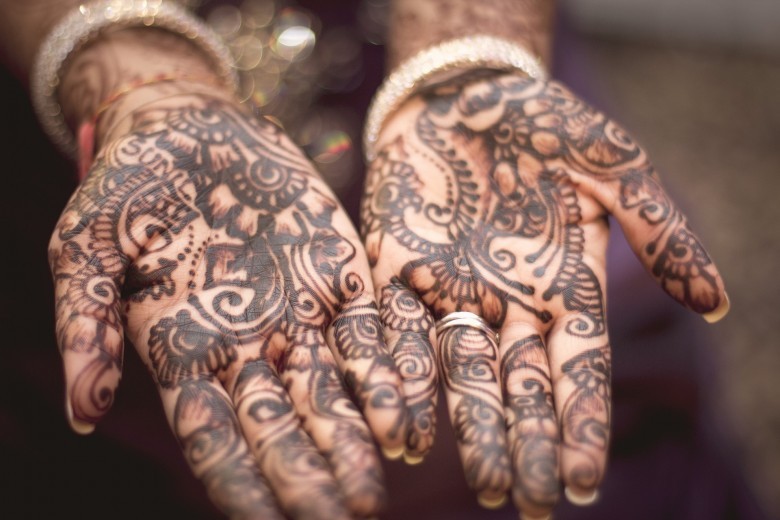 What Are The Top Three Sanskrit Tattoo Designs?

When did good taste disappear? Ive been seeing more and more ugly tattoos lately, as well as the most outlandish piercings. Sure, I know that there have always been people with poor taste, but what I just saw was just plain ugly. A large patchy tattoo covering half the face and the entire scalp and neck, as well pierced eyelids, pierced lips and pierced tongue. The tattoo itself was unrecognizable - more like someone threw paint on that youngsters face. Whatever happened to traditional gorgeous designs like dragons, tigers and eagles, or the more modern tattoos based on ancient languages? As an example, Sanskrit tattoo designs have a rich mythos and wealth of symbology which can be worked into amazingly beautiful and elaborate designs. So, what are the 3 best Sanskrit tattoos?

The Om symbol often appears in Sanskrit tattoo designs. This is not surprising - it is the primary chant in many types of meditation which originate in the East. The sound Om is said to be one of the primal sounds which created the Universe. It both corresponds to the three states of human consciousness (waking, dream and deep sleep) as well as the three main Hindu gods (Brahma, Vishnu and Shiva).

In calligraphy, it is frequently written or drawn as Omkar, based on the form of Lord Ganesha, the Hindu elephant-headed God. You can see four different parts - the upper curve represents the head, the large lower curve of the belly, the side curve is the trunk, the semi-circle and dot of the sweetmeat ball held in the hand. This symbol represents the goal and Purpose of Life, the Truth of the world, the material world and the Sacred spiritual world, all that has form and all that is Formless.

Lotus Flower Together With The Om Symbol

The holy lotus flower is called Padme in Sanskrit. This flower closes at night and sinks under the water, only to emerge in the morning to bloom again. For this reason, the ancient Hindus took the lotus as their symbol for the cycle of creation and destruction of the world. In the myth of Creation, in the same way that Brahma created the world, He was born from a lotus blossom springing from the navel of the god Vishnu.

In tattoos, the lotus flower is often drawn in a stylized manner, greatly resembling the bright, colorful Mandalas which Hindus draw on the floor for their religious celebrations. Many Sanskrit tattoo designs actually combine the Om and Padme (lotus) symbols together in various ways. Sometimes they are superimposed, other times you see one on top of the other.

Lord Shivas three-pronged trident is another popular image in tattoos. In Sanskrit, it is known as Trishula. Like much of Sanskrit symbology, it represents several trinities of ideas. The Trishula could represent the cycle of creation, maintenance and destruction of the world. It could also mean the past, present and future.

For those who do Kundalini Yoga meditation, the Trishula is a symbol of the three main energy channels of the human body coming together at the brow.

Given that Shiva cut off Ganeshas original head with the Trishula, it is probably a good idea not to use this symbol together with the Omkar.

You dont really need to know the meanings of all those Sanskrit symbols used in your tattoos, but dont you think that it makes your tattoo art a lot more interesting? After all, just treating your

as just a piece of nice-looking visual body art is a bit boring, isnt it?

Are you looking for

? Visit http://sanskrittattoodesigns.kelvinmart.com/ to find out more about how TattooMeNow can help you create your perfect