Master The Art Of Being Rejected 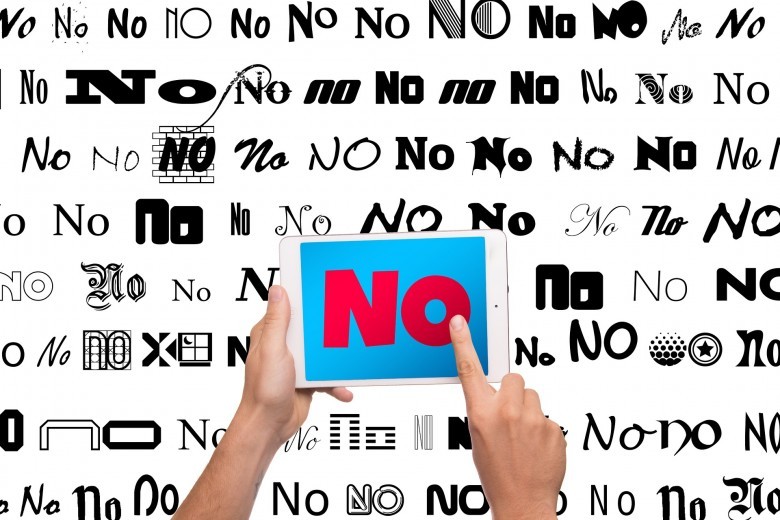 Master The Art Of Being Rejected

How good are you at being rejected? The ability to handle rejection is one of the most important skills we can master in  life. As you pursue your dreams, there will always be those who will tell you that you just arent good enough.

The road to the attainment of our goals is rarely rejection-free. Yet, when doors are slammed in our faces, many of us conclude we must be on the wrong track. It is amazing how willing we are to abandon our heartfelt dreams because someone else doesnt believe in us.

A close look at anyone who has achieved greatness will reveal there was plenty of rejection along the way. Take J.K. Rowling, for example. Every single publisher in Britain, and all but one in the U.S., rejected her first Harry Potter book. Many could offer her lots of reasons why the book would never sell.

Bill Clinton lost an election for the governor of Arkansas years before he was elected president of the U.S. Steve Jobs suffered public humiliation when he was fired by the company he founded--Apple Computer. Today he is once again leading Apple to even bigger and better accomplishments.

When U.S. Supreme Court Justice Ruth Bader Ginsberg graduated from law school, not one major law firm offered her a job. Some other stories of rejection among well-known achievers:

--Walt Disney lost his job at a newspaper because his editor accused him of "having no good ideas." Later, Walt founded a cartoon production company that went bankrupt.

--Michael Jordan was cut from his high school basketball team.

--A producer sent a memo regarding Fred Astaires 1928 screen test that said "Cant act. Cant sing. Balding. Can dance alittle." Fred acquired the original memo years later, so he could frame it and hang it over his fireplace.

--Albert Einstein did so poorly in school that a teacher suggested he quit, telling him, "Einstein, you will never amount to anything."

--At 21, F.W. Woolworth was employed in a dry goods store. His employer refused to let him wait on customers because he "didnt have enough sense."

--Early in her career, Lucille Ball had a reputation as a failed actress and a "B-Movie Queen."

SIX STEPS TO MASTERING THE ART OF REJECTION

In spite of the rejection they encountered, these individuals persevered. Each was challenged to believe in himself or herself when others didnt. Each refused to allow someone elses negative opinion to become a roadblock in the pursuit of lifelong dreams.

You, too, can use the inevitable rejection that comes your way to fortify your belief in yourself and fuel your progress. Here are six steps you can take to master the art of being rejected:

1. Let rejection be a signal to go inward, and do some soul- searching. Ask yourself: What do I really desire to create in my life? Am I pursuing this path because it is truly what I want, oris it what someone else wants for me? Then write down your goals.

2. Use rejection as an opportunity to better yourself. Ask forconstructive criticism. Take note of any ways you can perform better next time. Would it help to take a class or read a book onthe subject? Then do it.

3. Reconnect with your inner guidance. Close your eyes and ask yourself what the next step is for you. Be still and the answer will come--either right away, or in the next few weeks. Yourinner guidance is always moving you towards something, rather than away from something. It gently nudges you to take those actions which will enable the fulfillment of your desires.

4. Remember to lighten up and have fun along the way. When you are following your bliss, you are in alignment with your higher purpose. Let your life be a joyful adventure, in which the journey is as important as the destination. Try not to take yourself so seriously.

5. Remind yourself that encounters with those who do not believe in you are an opportunity to strengthen your belief in yourself, and your commitment to following your inner guidance. Only you hold the map of your life territory within you. Others cannot possibly know what is right for you, or what you are capable ofdoing, being, or having.

6. Visualize the attainment of your dreams. Put your body in a comfortable position, either seated or lying down. Close your eyes, and take some deep breaths. Imagine that it is a year from now, and that all of your dreams have become a reality. Create a movie in your mind, in which you live those dreams. Make it as real as you can. Be lighthearted and playful with your imagination. Get excited about it. Use all of your senses. Dont worry if you cant see things clearly--its okay if you just sense what it feels like to have attained your goals.

7. Celebrate your rejections, for they are a sure sign that you are stepping out of your comfort zone and living your life to the fullest!