Littering & it Effects on the Environment

Author Unknown
posted on 2022 years ago
—
updated on 1 year ago
1,343
views
News
3 min read
Littering & it Effects on the Environment 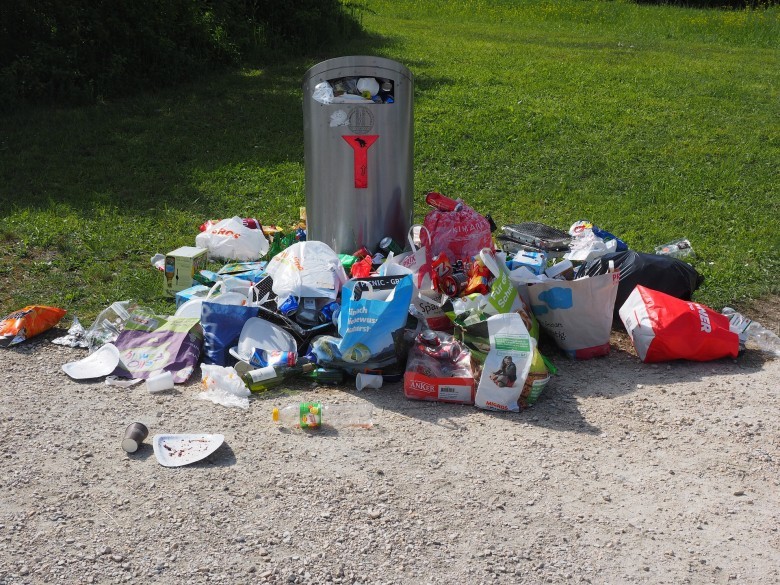 Littering & it Effects on the Environment

If everyone in the world threw garbage and litter indiscriminately wherever they went, the world as we knew it would soon be in ruins.

Litter in our surroundings is an important environmental issue, which many people overlook. While a majority of people do know that littering is a bad thing, many continue to carelessly scatter their trash around nonetheless.

A host of problems stem from littering, and as a result of some peoples inability to control this habit, the environment has been suffering. Money is also wasted because of it. The government has to employ people to pick up trash, and that means tax money.

Littering can be hazardous to ones own health as well. Trash in an area attracts vermin and bacteria. Broken glass and other sharp objects are dangerous when left in public places.

Litter is harmful to wildlife as well. Plastic can cause animals such as birds to choke, when they mistake it for food. And, even worse, small bits of plastic can accumulate in the stomach of a bird, never digesting or decomposing, to the point where there is no more room for real food and the bird starves to death with a full stomach.

Lastly, but most obviously, litter makes an area look bad. When a large amount of litter can be found in a particular area, it reflects badly on the people who live there.

Sources of Litter in the Environment

Probably no one is completely innocent of ever littering. And the environment is what is essentially being punished by it. Pedestrians drop garbage in the streets. Motorists throw their trash out of their windows. Trailers, when not properly covered, can have some of their load blown away by the wind. Some households dispose of their garbage improperly and irresponsibly.

Even commercial places of business are guilty of this one. Events which create large amounts of litter can overflow to other neighboring areas, if their organizers dont plan things right. Construction sites can produce significant amounts of litter, due to improper waste management.

These are just some examples of the sources of litter your our areas.

There are misconceptions about what constitutes litter. Some people think that if an item is organic (and will "turn into dirt") its alright to throw it anywhere. Banana peels, apple cores, and the like, are just some things that come to mind on this one. But in reality, throwing garbage around, organic or otherwise, is littering. And the environment is adversely affected by it.

Why do people litter? Quite frankly, the main reason is simple laziness.

Our environment can be made much more attractive if people simply use garbage cans properly.

If you have garbage to dispose of, and theres isnt a garbage can nearby, then wrap your trash up (in a napkin, plastic, paper bag, etc) and place it in your pocket or carry it with you until you reach a garbage can. Also, make sure that the trash actually goes into the garbage can, and does not fall to the side.

Its all a simple matter of proper waste disposal, which is vital for our environments and for our ecosystems.

The truth is, we all know about the problem. Now its time to act on it, if you havent been. But if you already do have proper and responsible waste disposal habits, remember that you can make a difference by encouraging others to follow your example.

When we dispose of our garbage properly, instead of polluting our environment, it does more than help our locale to look good - we all feel better about it as well.

Anna is a webmaster, a blogger, and a writer who teaches about clean living habits, nontoxic lifestyles, and alternative energy.
Visit her blog, Living Clean, to find out more about clean, pollution-free, and chemical-free, and nontoxic everyday solutions you can implement in your own life.