How to Seduce the 12 Horoscope Signs 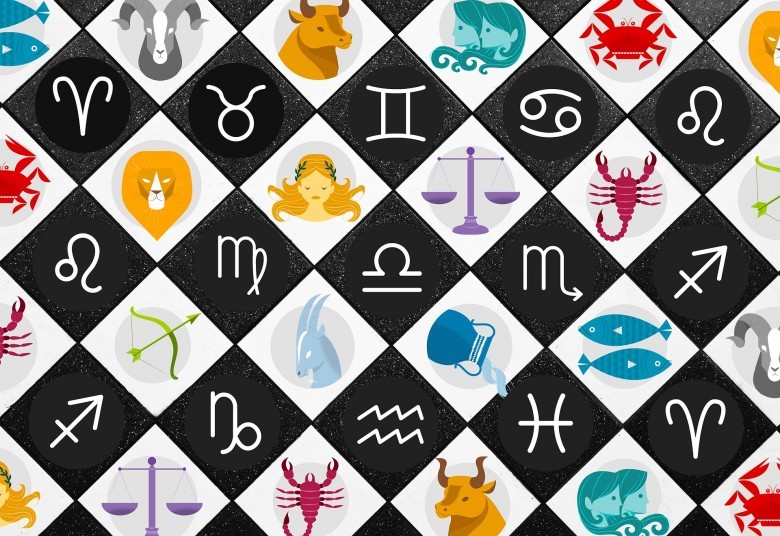 How to Seduce the 12 Horoscope Signs

Follow the advices and attract the person you desire. The following advices are quite general. You can consult Tarot or psychic for personal questions.

To Seduce an Aries Man
The type of woman who can attract an Aries man is one that demonstrates a sense of independence and is bold, adventurous, or spontaneous. Theyll respect the freedom of a woman like this. They admire strength and courage. Aries men enjoy a challenge, and may find it enjoyable to be seduced by an assertive woman, while offering sufficient resistance to make it interesting.

To Seduce an Aries Woman
The type of man who attracts an Aries woman is brash and bold, daring and direct, and has a sense of adventure. They are drawn to macho types or men in uniform. They seek competition and challenges, so they prefer authoritative men who are hard to get. Aries women are attracted to winners, in sports or business or any form of competition.

Seduction of Taurus
Taurus man prefers a woman who is cute, cuddly, calm and comfortable, and shows affection with caresses and kisses. They prefer women who are easy-going, earthy and sensuous, and not too independent or energetic.

To Seduce a Taurus Woman
The type of man who attracts a Taurus woman is the classic strong and silent type. Men who are down-to-earth appeal to her, and it may be important to her that he likes animals or nature in general. A man who can cook, cuddle, and care for her physical comforts is of great interest to her.

To Seduce a Gemini men
Gemini men are attracted to women who are clever and changeable and can keep them guessing. They can be drawn to average looking women who are witty and interesting, and certainly more than to the beautiful but dull sort.

To Seduce Gemini Woman
The right man for the Gemini woman is clever and changeable, and a great conversationalist. Communication is very important to her, so the man who can share information and ideas is sure to be well regarded.

To Seduce a Cancer Man
The type of woman who attracts a Cancer man is one who will comfort and care for them. A woman who feeds a Cancer man and makes him feel loved may soon see them sharing her home, since home is where they most want to feel wanted and cherished and comforted.

To Seduce a Cancer Woman
The right man for the Cancer woman is protective, security-conscious, sensitive, and understanding. If she finds that he makes her feel safe and secure, shell feel herself drawn to him.

To Seduce a Leo Man
The type of woman who attracts the Leo man is one that they can feel proud to be seen with -- one who makes them look good just by having her on his arm. A woman who is gorgeous or dramatic or regal or aloof turns them on.

To Seduce a Leo Woman
The right man for the job of taming the Leo lioness is one who radiates warmth and shows his affection in a physical way. They are even more interested if he happens to be rich or famous or powerful or gorgeous (or all of the above) so that she can share the spotlight with her new love.

To Seduce a Virgo Man
The type of woman who attracts the Virgo man in search of company always appears well groomed and conservatively dressed -- and, above all, has an air of propriety. They are very particular, and desire nothing short of perfection in their potential mates, which can leave them out in the cold more often than not.

To Seduce a Virgo Woman
The type of man who attracts the Virgo woman is intelligent, impeccably mannered and groomed, practical, and reliable. Neatness and cleanliness are the single most important factors here for the approval of a Virgo lady.

To Seduce a Libra Man
The type of woman who attracts the Libra man has lots of class but isnt too formal at the wrong times. She can be sort of sophisticated but not terribly stuck-up, sort of picky but not too particular, or any one of a number of contradicting categories, as long as she is utterly sincere in her attentions and has no hidden agendas for the relationship.

To Seduce a Libra Woman
The type of man who attracts a Libra woman is charming, polite, and well dressed -- it also helps if hes good looking, romantic, and a bit old-fashioned as well. They tend to respond to mental and verbal flirtations more so than the crude physical kinds.

To Seduce a Scorpio Man
The type of woman who attracts the emotionally volatile Scorpio man is very vital, passionate, and intense. They rend to go for dynamic and powerful types of women who arent indecisive, weak willed pushovers.

To Seduce a Scorpio Woman
Scorpio women prefer a man who appears intense or inscrutable, and has a kind of magnetic charisma about him that hints at smoldering sexuality and unexplored depths of unbridled passion.

To Seduce a Sagittarius man
Sagittarius men like the type of woman who is honest, direct, and reliable -- basically a lover who is also a friend. They like a woman whos playful one minute, and philosophical the next, but always happy.

To Seduce a Sagittarius Woman
The man who attracts a Sagittarius woman is one who displays high moral and ethical standards, and lives up to their ideals of honesty and integrity. They want honesty, friendship, and fun from a potential mate.

To Seduce a Capricorn Man
The type of woman who attracts a Capricorn man is socially acceptable and somewhat formal or aloof -- not to mention quite serious about success and status.

To Seduce a Capricorn Woman
Capricorn women are after a man who seems serious, aloof, and detached, and somehow projects an inscrutable personal aura. They want a man whos ambitious and socially acceptable, and they are drawn to money, status, and power.

To Seduce an Aquarius Man
The type of woman who attracts an Aquarius man is intelligent, independent, free spirited, and a good conversationalist. Should she keep him guessing, or be a bit unconventional, shell fascinate him, but if shes too emotional, hell pass.

To Seduce a an Aquarius Woman
The type of man who attracts the Aquarius woman is intellectually interesting, logical, open-minded, and willing to experiment. A man with ideas and insights fascinates them to no end. Aquarius women are even more attracted if he seems unconventional or unpredictable or just unusual in some way.

To Seduce a Pisces Man
The type of woman who attracts the withdrawn Pisces man is romantic and emotional, sensitive and passive. Should she be intriguing or mysterious or able to make him feel secure, she could be just the one for him. Pisces men are fond of secret love affairs, as well as people who need help or emotional support.

To Seduce a Pisces Woman
The Pisces woman is after a man who is romantic, sensitive and either an imaginative dreamer or just lost and confused. The idea of a secret love affair can excite and entice her, and mystery intrigues her.

You can also develop your own Tarot and psychic reading ability to find the solution to your specific questions. The simplest way to develop your psychic ability is through listening to your intuitive voice. For example, you can do your own Tarot card reading, and then ask yourself what these cards really mean. Trust your own psychic ESP! After all, no one can be a better Tarot reader than yourself.

"How to Seduce the 12 Horoscope Signs" was written by Elaine Fung. Elaine
Fung is an expert in horoscopes and psychic subjects. In this article she provides us with useful tips to seduce any person we like just by knowing his zodiac sign. This is a public article, so, please feel free to use our content and give credit by linking back to us.