DISEQUILIBRIUM IN BALANCE OF PAYMENT 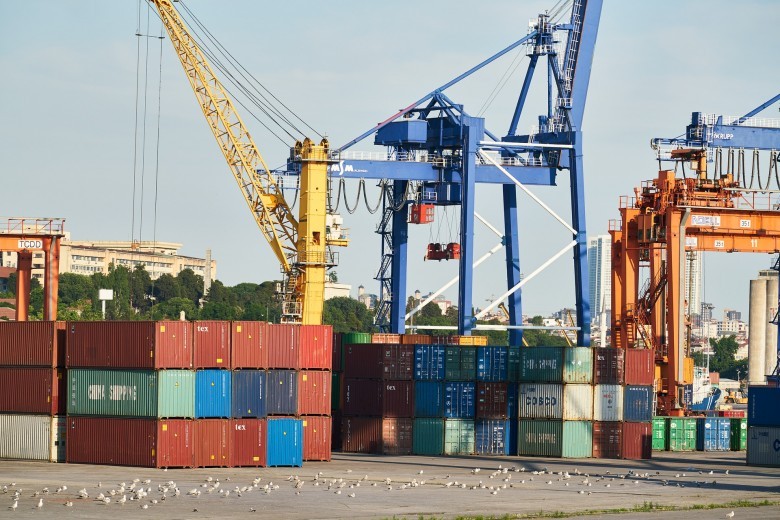 DISEQUILIBRIUM IN BALANCE OF PAYMENT

What is disequilibrium? What are its causes?
ANS: *INTRODUCTION:
~ Disequilibrium refers to the imbalance in the balance of payment in the form of surplus or deficits.
~ Most countries experience deficit in their trade account. This is corrected through a surplus in services.
~ The current account is the most important part of the balance of payments. Very few countries enjoy a surplus on this account. The deficit on this account requires to be covered by a surplus on capital account.

*TYPES OF DISEQUILIBRIA:
~ The following are the different type of disequilibrium:-
i)Short-run Disequilibrium:
~ Short-run Disequilibrium prevails for a year or for few years. These deficits occur due to sudden increase in demand for foreign goods and services.
~ An increase in imports or decline in exports may arise due to domestic problems like failure of monsoon, natural calamities or political disturbances.
~ These disturbances cause disequilibrium that can be corrected through short-term borrowing or other adjustments in the capital account.

iii) Cyclical disequilibrium:
~ All economic activities are subject to business cycles which have four phases: prosperity/boom, recession, depression and recovery.
~ These cycles have their impact on all the nations of the world.
~ During the prosperity period, imports increase.
~ During recession or depression, exports may increase and imports are decreased.
~ Thus, disequilibrium is the result of the effects of business cycles at home as well as other countries.
iv) Structural Disequilibrium:
~ It arises due to structural changes in the economy affecting demand and supply relations in commodity and factor markets.
~ Export may decline due to changes in taste, fashion, habits or income. Similarly, demand for a raw material may change due to technological changes.
~ Factor markets may also undergo structural changes that affect the commodity prices which in turn affect the exports.
~ All these changes may cause disequilibrium in balance of payments of various economics.

*CAUSES OF DISEQUILIBRIUM:-
~ Disequilibrium in the balance of payment occurs due to imbalance between receipts and payments for exports and imports.
~ Deficit in balance of payment is the result of excess of imports over exports.
~ Thus, the three main cause of disequilibrium (deficit) are:
1) Increase in imports.
2) Decline in exports.
3) Other causes.
1) Reasons for increase in imports can be cited as follows:
a) Import of essential goods and services.
b) Population growth.
c) Increase in development programmes.
d) Reduction in import duties.
e) Increase in income levels.
f) Inflation in domestic market.
2) The following are the reasons for decline in exports:
a) Appreciation in domestic currency.
b) Increase in population.
c) Inflation in domestic market.
d) Technological developments in importing countries.
e) Perfectionist trade policy of importing country.
f) Natural calamities.
3) Other Causes:
a) Cyclical Transmission:
~ Business cycles affect international trade. Recession or depression in one or more of the developed countries may affect various nations of the world.
~ This results in an increase in deficit in the balance of payments of many countries.
b) Capital flight:
~ Due to reduced restrictions on movement of capital, capital is invested in countries which yield higher returns.
~ Speculation in foreign exchange market or probability of economic and political troubles result in capital flight from that country.
c) Structural Adjustment:
~ Liberalisation of economics result in various structural adjustments in investment, income and other macro-economic variables.
~ This results in changes in both exports and imports.
d) Globalisation:
~ The World Trade Organisation has brought about various changes in the world economic environment.
~ This has brought about increase in competition.
~ This has also resulted in balance of payment disequilibrium in various countries.
Q2: Explain the various methods to correct disequilibrium.
Ans: The measures adopted to correct disequilibrium:
^ Devaluation/ Depreciation.
^ Deflation.
^ Direct methods.

A)Exchange Rate Policies:
i) Devaluation:
~ Devaluation refers to an official announcement of the monetary authority through which the exchange rate is changed.
~ The government intervenes in exchange rate determination.
~ When an economy faces the problem of foreign exchange, the government tries to encourage exports and reduce imports.
~ This can be done through devaluation of the domestic currency i.e. the government makes deliberate efforts to reduce the value of home currency vis-a-vis foreign currency.
~ This will make exports cheaper and import costlier.
~ Deficit in balance of payments is expected to be corrected due to increased exports and reduced imports.
ii) Depreciation:
~ Depreciation of a currency takes place under the flexible exchange rate system due to market forces.
~ The exchange rate gets adjusted depending on the demand for and supply of foreign currency.
~ In case of high demand for foreign currency, foreign currency will appreciate and domestic currency will depreciate.
~ This in turn helps to reduce imports and increase exports.
– The above two methods result in expenditure-switching i.e. people prefer to spend on goods of the country whose currency as devalued or depreciated as these goods are cheaper than their domestic goods.
– Both, depreciation and devaluation make exports cheaper and imports costlier and thus bring the balance of payments into equilibrium.
– However, the success of both these methods depends on a number of conditions like:
•Elasticity of demand for exports and for imports.
•Elasticity of supply of exports and of imports.
•Co-operation by other countries.
•Control of domestic price level.

B) EXPENDITURE-ADJUSTMENT POLICIES:
i) Deflation:
~ This method was adopted under gold standards and it refers to the process of decline in the general price level.
~ Deflation will lead to expenditure adjustment as citizens will prefer to spend more on domestic goods and less on imports. The Government may also impose additional tariffs in order to restrict imports in the country. This will lead to improvement in the balance of payments position.
~ However, deflation has various disadvantages:-
•It leads to increased unemployment.
•This leads to reduced income and consumption.
~ Also savings and investment s decline.
So, deflation as a measure to correct disequilibrium is given up by most countries.

C) DIRECT MEASURES:
~ The following non-monetary measures, along with fiscal policies will help to restrict imports or promote exports:
i) TARIFFS:
~ Tariffs are taxes or duties imposed that increase the price of imports.
~ This will reduce the demand for imported goods and motivate domestic production in the form of substitutes of those imported goods.
~ Thus non-essential imports can be reduced to a great extent by imposing high tariff.
~ However imposing high tariffs leads to certain drawbacks:-
•If demand for imported goods is elastic, even high tariffs will not bring down the demand for imported goods.
•Other countries affected by the tariffs may retaliate, thus adversely affecting the exports of tariff imposing country.
•Corruption among the administrative staff will render tariffs ineffective.
•Also, imposing tariff is not a permanent solution to the balance of payments problem.

ii) QUOTAS:
~ The government may impose various quotas on imported goods to reduce imports for correcting the deficit in the balance of payments position. The various types of quotas are:-
1) Tariff or custom quota.
2) Unilateral quota.
3) Bilateral quota.
4) Multilateral quota.
5) Import licensing.
~ Being certain, quotas are more effective and easy implement.
~ Quotas are effective even through the demand for imported goods is inelastic, because imports are not possible above quotas.
~ However, quotas are also not the long-run solution to solve the disequilibrium problem.
~ Implementation of quotas is open to corruption.

iii) IMPORT SUBSTITUTION:
~ The real solution to the problem of balance of payment disequilibrium is to increase exports and reduce imports.
~ Heavy dependence on imports is also not advisable from economical and political point of view.
~ Hence the government gives various incentives to industries producing import substitutes like :
^ Tax holiday
^ Cash subsidy
^ Technical assistance
^ Financial assistance for R&D, etc.

iv) EXPORT PROMOTION:
~ Special efforts are taken by the government to promote exports as increasing exports is the real solution to overcome the deficit in the balance of payments.
~ The government devises policies to promote exports.
~ Some of the important export promotion incentives are:
•Subsidies
•Tax concessions
•Grants and other monetary / non-monetary incentives
~ The government may also promote exports through trade fairs, exhibitions, market research and providing administrative and diplomatic help to tap potential markets.
– Thus, it is evident that more exports with import substitution are the real effective solution to correct disequilibrium in the balance of payments.