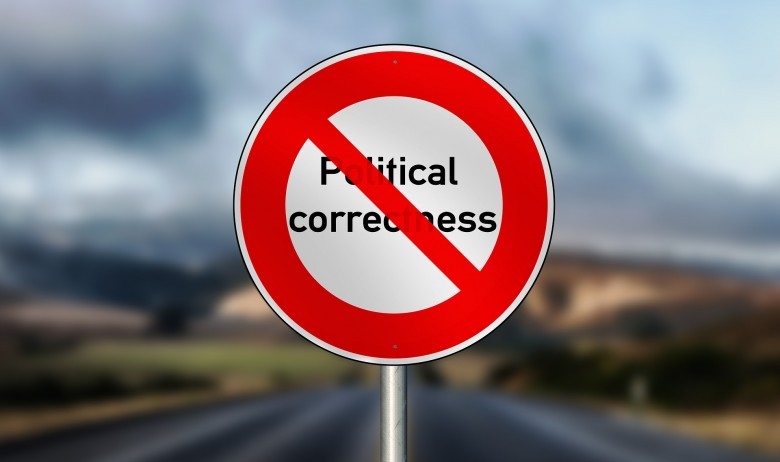 For instance Christmas is a legal holiday and was made a legal holiday in order to celebrate the birth of Christ. It is now, however, politically incorrect to say Merry Christmas because you might insult non Christians and atheists. We are told that the correct greeting is now Happy Holidays.

Department and other stores that make most of their money selling Christmas gifts now advertise Holiday gifts, wish us Happy Hoildays and play Holiday music that does not mention Christmas, Christ or God. God forbid they should insult anyone and lose a sale. It doesnt matter that they are insulting Christians, because Christians, by nature of their beliefs, are forgiving. Teachers are teaching young students to say Happy Holidays because many teachers now believe that it is politically incorrect to bring religion into school and that it is okay to deny God but it is not okay to irritate atheists.

A janitor is now a custodial engineer and a garbage hauler is now a sanitation engineer even though neither has an engineering degree. An American Indian is now called a Native American. A person who is deaf is now hearing impaired.

A pet is now called an animal friend. A person who is slow to learn is now mentally challenged. Orientals are now Asians. Anno Domini (AD) is now Common Era (CE). A prison is now a House Of Corrections. An illegal alien is now an undocumented immigrant or an undocumented worker. Terrorists are now called insurgents even though the definition of an insurgent is a rebel and a rebel does not usually kill innocent people.

Dont say "under God" when saying the Pledge of Allegiance, because you might make an atheist uncomfortable and then the atheist might sue.

The fact that their insults are read and heard by people in other countries who use the insults as fodder to justify their dislike of us, doesnt matter. The only thing that matters is that they dont like President Bush and they hope that if they insult him enough, people will start believing that the insults are true facts and not just jokes.

Its not only okay, its comical, to lump all Priests together and label them pedophiles like Jay Leno does, but dont you dare say a teacher might be incompetent. If you do, a teachers union will jump down your throat.

It doesnt matter that the vast majority of Priests are kind, caring and honorable men or that a large percentage of teachers cant teach their way out of a paper bag. All that matters is that Priests wont fight back so its okay to lump the good ones with the bad ones and make fun of them.

My wife was born and raised in Mexico. She says that she is an American of Mexican decent. She is proud of her Mexican heritage but since she is now an American citizen she answers to American or American of Mexican decent not Mexican-American. And what is with this African-American bit. According to most biblical scholars and most scientists, the human race started out in Africa. If thats true, then all of us are decended from people who lived in Africa and all of us could be called African-American.

You cant call him a Black because no one is actually black. What if he is dark brown or light brown, do you call him a Brown. I am called white but in actuality no one is white and some so called whites are darker than some so called blacks. Why do we need to use color or ethnicity in order to tag people. I can see using complection, ie: pale, dark brown, olive, etc. as a persons description, but I cant see using it as part of their identity.

Political correctness is fine to a point, but like anything else, take it too far and it becomes ridiculous. We have taken it too far and it is now ridiculous. Stop listening to the Hollywood elite and start thinking for yourself. Dont be stupid. Oh; I apologize, should I have said dont be mentally impaired? Be kind, be polite and have empathy for others. Dont, however, let others tell you what to think and say.

About The AuthorDavid G. Hallstrom, Sr. is a retired private investigator and currently publishes several internet directories including http://www.resourcesforattorneys.com a legal and lifestyle resources directory for attorneys, lawyers and the internet public. For more lifestyle information see http://lifestyle.resourcesforattorneys.com, the Lifestyle directory from Resources For Attorneys.