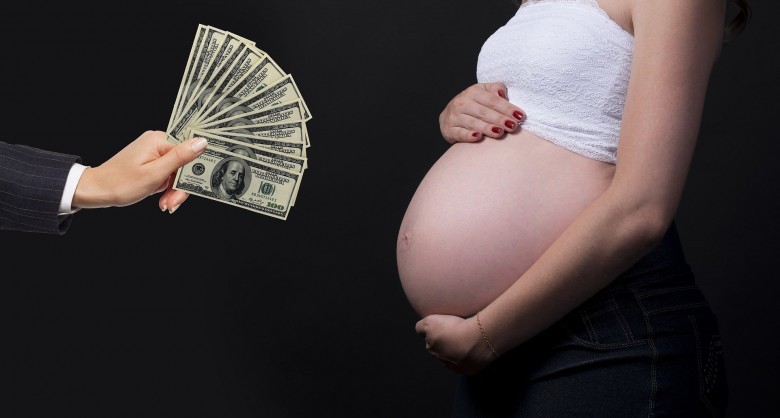 Back in biblical times, Abrahams wife Sarah was unable to have children; she was baron for many years. She wanted so badly to give Abraham an heir that she offered her maidservant to Abraham in her place. Its sad that her plan backfired; her maidservant decided she was better than Sarah because she could bear children. Its not much different today, there are women who for one reason or another think they can be surrogates, then choose to back out without as much as a goodbye.

But in times like today, where we are more "politically correct" and less apt to state whats on our minds, more and more women are choosing to become surrogate mothers. Gay couples are looking for surrogate mothers so they too can start a family of their own, single women who cant have kids due to medical reasons search out surrogates and even couples who have repeatedly tried for kids and just cant have them are spending money on surrogates.Of course there are those who believe surrogate mothers are morally wrong and go against everything the bible says.

And then there are those faiths believing people who believe they are doing Gods work by being fruitful and multiplying. More often than not, religion plays a big factor in the surrogate community. Many church goers believe that gay couples should not be able to raise children because of the fact that what they are doing is a direct sin and they shouldnt have the option to raise children in such a home; to each his own.Then, there are those that focus on the stability of the surrogate mother. Is she financially able to support herself through such a process?

Will she have the means to support herself going through tests and procedures? Because the process of being a surrogate is so time consuming and complex, these are important things for one to consider. Time will have to be taken off work for doctors appointments, exams and tests.As you can see there are many things to be considered socially and ethically surrounding surrogate mothers. Surrogate mothers may always have society looking over their shoulder, judging every step they take.

Old women in the grocery stores might continue to gossip about what "Mary Sue done for that couple that cant have no kids." But despite the social and ethical factors and judgments, the choice is up to the women. There are women in other countries that dont have a choice in being a surrogate mother because its their religion and belief to do so by their people. At least women in America do have a choice.

A surrogate mother is often times more accepted than a woman who decided to have an abortion. Pro-life organizations see being a surrogate often times as a blessing, because instead of taking a life for selfish reasons, the surrogate is giving life to those who cant bring a life into this world on their own. But overall, again, the choice is the womans. Yes many factors might weigh heavily on ones shoulders, but weigh the pros and cons and always do what your heart tells you.For information about