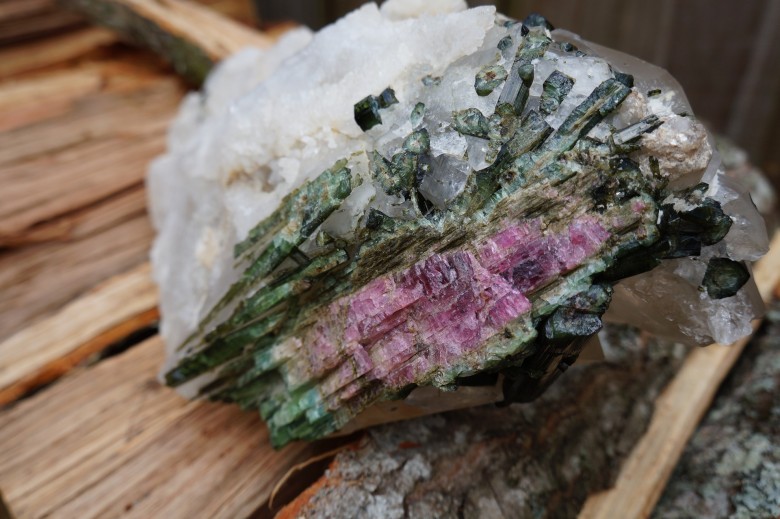 We were recently shocked when a buyer brought a green tourmaline mens ring to us for doing a price appraisal. The gemstone looked a dark but livid green and our experts were quite sure that this was neither green tourmaline nor chrome tourmaline.

But, one of their physical properties differs significantly and that is hardness. Chrome diopside is much softer than green tourmaline, infact gemstone experts agree that chrome diopside should not be used in rings. The gem stone is considered to be suitable for pendants and earrings but surely not for rings. This jeweler sold the buyer a mens ring with a large 3 carat chrome diopside gemstone.

The mounting exposed the naked edges and corners of the gemstone, making the gem stone even more vunerable to breaking or chipping. Since this was a mens ring, the jeweler should have known that durability was of primary importance. He probably did, but was only glad to push a low quality jewel on an innocent buyer. Another vital piece of information that was kept away from the buyer was that, chrome diopside is much cheaper as compared to green tourmaline. Unfortuantely the buyer would now be stuck with a green tourmaline mens ring that had no tourmaline gem stone!

The buyer requested us to replace the gem stone in the ring with a genuine green tourmaline. We analyzed the possibility and found that the size 11 mens ring had a timid weight of only 8 grams. This is deplorable and once again ensures that durability is no where near this ring. After a discussion with our production experts and the buyer, it was agreed to remake the entire ring and custom cut a green tourmaline gem stone for the ring. The ring we produced had a sturdy design, a broad band, an excellent weight of around 20 grams and a hand picked and custom cut green tourmaline gem stone. The buyer is happy that we promised him a green tourmaline mens ring and have him one.

If you read this article please pass the link to your friends and acquaintances. Big jewelry houses and loud TV channels peddle jewelry with confusing and doubtful technical terms. Innocent buyers are bombarded with nonsense sales talk and false claims. It is important that you get best value for your money. The size of the jewelry shop that you visit or the number of people who work on a TV channel have nothing to do with the quality of jewelry that you get. These big vendors often have high paid legal consultants, who turn and twist the regulations to suit their fancy.

It is you and us, who need to ensure that we get what we paid for and not get lured by flashy advertising and publicity campaigns.

If you would like to look at the new ring that we created for the buyer, visit this link:

It explains in great detail, the technical aspects of a good ring. The information is bound to help you make the right choice the next time you are looking for a mens ring.