History of the Turks and Caicos Islands

Robert Bell
posted on 2023 years ago
—
updated on 1 year ago
1,087
views
News
5 min read
History of the Turks and Caicos Islands 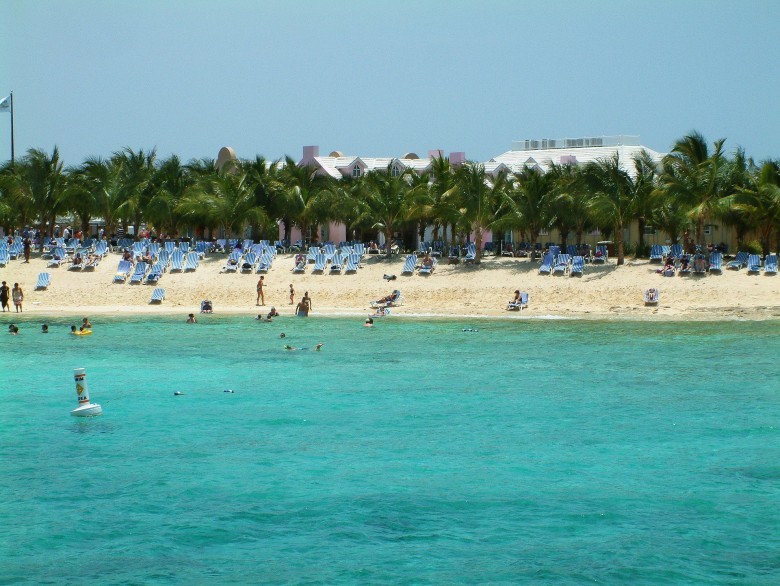 History of the Turks and Caicos Islands

The Turk and Caicos Islands in the Caribbean home both a home to modern day dwellers and a treasured destination spot for those seeking a more provincial island get-away experience. The islands, eight larger and a smattering of several dozen smaller, include two groups with a common history. The Turks consist of only two islands, Grand Turk and Salt Cay, with the Caicos encompassing the remainder of the island chain, including East, West, North, South and Middle Caicos, and the Providenciales Islands.

Both Grand Turk and Salt Cay are populated, as are the majority of the larger Caicos Islands. Numerous smaller islands in the cluster are uninhabited, however, allowing visitors to experience a world of solitude surrounded by the beauty of the Caribbean.

The Indigenous Heritage and Lineage
The agrarian Arawakian Taino peoples inhabited the islands preceding the gradual encroachment by the more aggressive and militant Caribs, who were expanding their territories from the Bahamas and Greater Antilles. As a result of Carib expansion, the populations of the Taino and Carib peoples became one of mixed heritage, often through forcible means, with the aggressors taking females as enslaved wives and often violently eliminating their male opponents among the original population.

Advancements in DNA science have shown descendants of the Arawak to be common among the present day population of Puerto Rico, Haiti, the Bahamas, and other Caribbean islands, as well as among the populations of the eastern coastal regions of South America. Descendants of the Taino and Carib peoples among modern day inhabitants of the Turks and Caicos are significantly less common, as the arrival of Europeans decimated native populations.

The Columbian Period and The Conquistadors
When Columbus landed in what he thought were the West Indies, he actually landed in the Caribbean. Many scholars believe he first landed in the Bahamas, while others believe it was Grand Turk Island. Columbus recorded his thoughts of the Taino people in his logs, noting that they were peaceful, traded easily with the Europeans, did not possess gold or riches, though they may have known of a king who had great wealth. He also noted that Taino would likely be easy for the Spanish to overpower and that they would make good servants.

In 1512, Conquistador Juan Ponce de Leon sighted Grand Turk Island, noting it in his travel logs. In the years following, Spanish slavers frequented the Turks and Caicos, enslaving the Tainos and Caribs. Within the first few decades following the arrival of the Spanish in the Western Hemisphere, the Turks and Caicos were depopulated. A combination of factors contributed to this population decline, including the continued conflict between the Caribs and the Tainos, lack of immunity to new diseases carried by the Spanish, the harsh and inhumane practices of the Spanish, and a decrease in soil fertility for farming to provide a subsistence for the people.

The Colonial Period
The 16th through the 18th Centuries saw claim of the Turks and Caicos change hands among the Colonial Powers. With the islands now depopulated of native inhabitants, first the Spanish, then the French, and finally the British laid claim to them, though none of these powers established settlements on the islands during these three centuries.

In the late 1600s, Bermudian settlers began to establish seasonal encampments for salt mining on Grand Turk Island, returning to Bermuda every six months, when seasonal changes hindered mining efforts. These first Bermudian settlements solidified British claim to the islands, as Bermuda was a British Colony at the time.

Following the American Revolution, 40 or more British Loyalists relocated to the Turks and Caicos, settling on land offered by The Crown as appeasement for lands lost in the American conflict. The Loyalists attempted to rebuild their former lives on the islands, many trying to establish cotton plantations; however, soil, weather conditions and pests undermined efforts and most cotton plantations were abandoned within a few decades. A few Loyalists became salt mining barons, but most left the islands by the 1820s after the failure of their plantations.

The Bermudian Century
The British government in the 18th Century held the Turk Islands as a Common-Use Territory and not a settled land-holding. The seasonal salt mining camps of the Bermudian, as well as shipping lane stops by British merchant vessels were examples of the "common-usage" of the territory. The ambiguous status left the islands open for challenges by various parties with interests in the region, with Bermudian and Bahamian leaders vying for entitlement for nearly a century. In the early 1800s, the Islands became part of Britains Bahamian colony, and the Bermudians were given a seat on the Bahamian parliament as the voice of their long-term salt mining presence.

Jamaican and Bahamian Leadership
In 1848, locals of the Turks and Caicos petitioned The Crown for separate colonial status, which was granted. The Islands became a colony of their own, governed by a local council president under the authority of the Jamaican governor, with later annexation to Jamaica in 1873.

The Islands remained dependent to Jamaica until 1959, when administrative autonomy was granted. Jamaica received its independence from Britain in 1962, with The Turks and Caicos becoming a British colony of their own. In 1965, the Bahamian governor assumed authority over the Turk and Caicos local administrator, still under British authority. When the Bahamas received their independence from Britain in 1976, the Turks and Caicos were granted a local governor but remained a British colony.

Independence, Autonomy - the Present Day Islands
In 1980 the Turks and Caicos were granted independence from Britain. As with most fledgling nations, the islands have experienced political struggles, having rewritten their own constitution three times. However, these political issues have been peaceful and appear to have resulted in a more stable government for the Islands.

The modern Turk and Caicos consist of a range of cultural experiences, with the Providenciales being a vacation destination spot with a strong tourist market, booming after the arrival of the Club Med resort in the 1984. Many of the smaller islands remain uninhabited by humans and allow visitors a more quite and remote personal experience.BookIt.com is an online travel company determined and dedicated to becoming the leader in providing travelers with the most intuitive online booking experience full of relevant information, helpful guides and travel tips. With the many new orleans hotels french quarter accommodations available, how can you determine which is right for your vacation? Visit online today and well help you narrow down the selection.Check out what our customers are saying about BookIt.com on YouTube