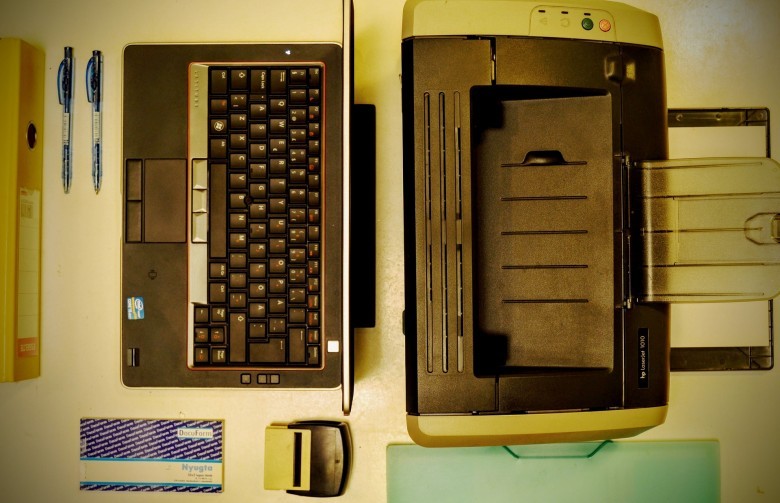 The problems that users encounter while using a Dell printer varies with the model. However the common problems all Dell printer models suffer from are their slow speed and faulty paper feed mechanism. Quality of prints varies from one model to another, but most of the models do not produce prints having very fine qualities. A Dell printer is particularly notorious for its poor and faulty feed mechanism. They tend to cripple the papers or take in large number of papers at a time and print parts of documents on each page. They keep on generating messages indicating lack of paper, no matter the paper is being supplied or not. Such a problem makes the printer absolutely useless.

A Dell printer is usually considered very unreliable. The printing process can come to a halt and it can stop using ink without any apparent reason. Some models like Dell 946 all in one printer are considered too large and occupy a lot of extra desk space. Some models are not very attractive to look at. The sleek silver front is often replaced by a white one in some models, which is generally disliked.

The print quality offered by most of the models is mediocre or poor especially in case of graphics. Pictures have lines running through them and the colors are very dull. The prints produced are not justified and may contain blank sides and bottom. A Dell printer and Dell ink cartridges is a bad choice for printing thick stock including business cards. Another common problem with a Dell printer is that it produces a loud noise not only when it is being used but also when it is not in use but is only powered on. In order to avoid the noise, the users have to switch them off during the gap between two consecutive print outs.

In some of the Dell models, it is very difficult to access the power button which is located at the back of the printer, leading to a lot of inconvenience. Some Dell models contain a very little output tray that is insufficient for the requirement of most of the users while in other models, the output tray is completely missing.

A Dell machine often indicates inaccurate ink levels and registers a shortage of ink a bit too quickly. This gives rise to a costly operation and huge expenditures on ink. It displays false error messages and does not communicate properly with the computer. A few of the Dell models have problems with the software as well, which makes the installation process extraordinarily lengthy and complicated. In short, a Dell printer can have multiple problems, some of which are really troublesome to be dealt with. Some of the models are particularly troublesome while others are still easier.

This Article is written by James Kara Murat from PrintCountry.com, the contributor of

. A longer version of this article is located at

, and related resources can be found at